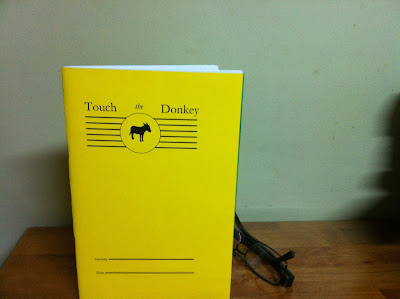 While researching his Ph.D. in Social and Political Thought, Asher Ghaffar worked as a Writing Instructor at York University and in multiple writing centres at the University of Toronto. He is the editor of the Routledge anthology History, Imperialism, Critique: New Essays in World Literature (2018). His research monograph, Muslims in World Literature: Political Philosophy and Continental Thought, appeared with Routledge in 2019.  His most recent published essay on Zulfikar Ghose and Hanif Kureishi will appear in The Routledge Anthology to Pakistani Anglophone Writing: Origins, Contestations, New Horizons, edited by Aroosa Kanwal and Saiyma Masood. His first book of poetry was published with ECW Press, and a second collection, is forthcoming. Asher’s work has appeared in numerous publications, including Literary Review of Canada and The New Quarterly.

His two poems “Transmission” and “The Airport” from the work-in-progress “SS Komagata Maru” appear in the twenty-fourth issue of Touch the Donkey.

Q: Tell me about the “Transmission” and “The Airport.”

A: I composed “Transmission” at the Banff Centre during an artist residency in 2010. “Transmission” was the only poem written during the residency that was striking enough in terms of its imagery and lyricism to warrant a new poetry manuscript.  The poem itself was a doorway, a kind of invitation into another book, but it was also clearly a continuation of my first book of poetry, Wasps in a Golden Dream Hum a Strange Music (ECW, 2009).  There are riffs to political theorists whom the persona deliberately misreads, but he insists on a bodily poetic that is also abstract enough to speak through identity to something other, which he/I are not interested in naming or knowing.  The book then began composing itself around that initial poem and the interest in not knowing what the lyric is after.  Can the lyric strive for philosophy—arising out of sensuous matter to reach toward concepts?  One of course searches for a point, a theme, and comes up organizational strategies for a work-in-progress, but I abandoned these. “The Airport” emerged from a dream in which I was trying to catch a plane, but was stuck.  The airport is a kind of psychic space with allegorical significance—a node through which our time can be understood.  There are riffs to Lacan, but the main point is that the narrator is thinking through the meaning of the dream (being stuck at an airport) and that opens up a hallway into the book's rooms.  That is, it provides more justification for me to continuing exploring this world.  When I think of the poets who fascinate me, they are all fundamentally interested in the lyric because in that form one might perhaps document history as it speaks both into and through the body to concepts that are not identical with the subject, but that document something that is elusive and beyond it.

A: Those poems are not significantly different from what I am currently writing, but when I further develop this manuscript, I will spend some time archives in Vancouver looking at documents related to The SS Komagata Maru incident of 1914.  I am hoping that archival work will serve to further develop the conceptual significance of those lyrical pieces. The poetry I write tends to guide my scholarly questions.  I am working on a scholarly monograph entitled Muslims in World Literature: Political Philosophy and Continental Thought (Routledge, 2020) in which I develop an approach to reading that draws on aesthetics; the poetry that I am more and more interested in draws its insights and influences from writers and thinkers in that forthcoming work.

Q: I’m curious at the suggestion that your poetry tends to guide your scholarly questions. What is it that moves you beyond the form of poetry into purely scholarly works? Do you see a limitation in the poetry form, or are you simply moving your thoughts beyond a singular form?

A: The American experimental poet, Bhanu Kapil writes “What are your questions?” by which I think she means what are you here to ask with an intense urgency that is both physical and intellectual.  As I understand it, lyrical writing connects those two necessities.  When I am thinking about works as a scholar, I am thinking with those works and putting them within a conceptual form; I immerse myself in those works and follow their conceptual form with knowledge about the author, the work, the time and place. This critical immersion is similar to what I do as a poet—as such, I do not see a rigid boundary between writing as a scholar and a poet.  As a scholar, I also acknowledge my own experience when interpreting works of art, and seek to grasp my experience artwork historically. Thus, through the mimesis of other works, I can preserve what is creative about the work in the form of the essay.  Through historical understanding of the conceptual form of art, I gain a knowledge that can then be put into practice when writing.  I know what I am striving in poetry when I can philosophically justify works that dislocate me from my routine self.  The essay as a form can be singular and not only explain a work of art, but move us through a work of art in a manner that the work of art often cannot. To edit well then means to enter back into the experience often more effectively than the initial attempt.  The essay helps me to put that experience into a conceptual form, which then provides more clarity and direction to my poetic aims.

Q: Do you consider, then, your scholarly work and your poetry as two separate threads in a singular field of study?

A: Yes, the books are parallel threads in a field of study.  Both books revolve around the question: How does one speak and write about identity without speaking about it? We live in a time when the non-identical has to be brought back into criticism and art—we need to move through ourselves to get to that point. What form could the latter take in poetry and even to some extent in the essay as a form?  In my essays, I am seeking to circle around the works I am interested in rather than grasping them as objects of analysis.  Of course, my ideas about the essay revolve around similar questions in interwar German philosophy, but the literary and poetic traditions that interest me are non-Western, peripheral, and often experimental.

Q: You mention Bhanu Kapil, but I’m wondering what other poets or works brought you to this point in your writing. What is it that began you on a path to poetry as a critical form, or a form in which to work at all?

A: I can think of my beginnings in my study and practice of religious traditions to conversations with other poets such as yourself. My thinking about an object only makes sense through relations with other poets, and other objects; this mode of thinking puts into question certain kinds of rationalism such as scientism. Without conflating dialectical thinking and poetry, I would argue that both are marginal modes of thinking that give me a much more nuanced understanding of the social and historical dimension of the world I live in and are distinct from other forms of analysis that proceed let’s say (because I spent the last 10 years of my life working in university writing centres) by working out a thesis and then gathering evidence to support one’s principle argument. I ask myself whether we are teaching students to think by teaching the essay in this form. Adorno and others are right to point to such transcendental forms of thinking as not being able to describe objective reality because they are so focused on their own claim to authority rather understanding material objects as accretions of reality that we can only learn about by a kind of critical immersion into their particulars, which allows for an understanding of why we feel what we feel and why we might value certain artworks over others. The poetry that interests me imbibes a critical historical relationship with its form--which is not the same as saying it is traditional. Contrary to Adorno’s famous critique of the lyric, I would argue that the lyric’s drive for unity of subject, experience, history when it encounters fragmented and discontinuous world creates a negative light. In the Canadian context, I would argue that Daphne Marlatt writes a kind of negative lyric. The lyric’s focus on sound is, of course, contrary to all forms of abstraction.

Q: With a debut collection and forthcoming follow-up, alongside your critical work, how do you feel your work has developed? Where do you see your work headed?

A: Hopefully, after I finish this monograph, I will have the time to refocus on poetry and develop my craft. I would like to experiment with more traditional forms. My first edited scholarly collection came out with Routledge last year, and I would like to work on other collective projects, particularly projects that consider race and poetics but in the manner I suggested before...that invite a conversation rather than mark a territory. I see my work becoming more traditional where the experimental thrust is contained within defined forms. That might sound limiting, but I consider such constraints to be enabling. I commute weekly from Saskatoon and Calgary and run a rideshare in which I have some of the most intriguing conversations with strangers through the prairies.  I am hoping to use those experiences to also begin to write experimental creative nonfiction.