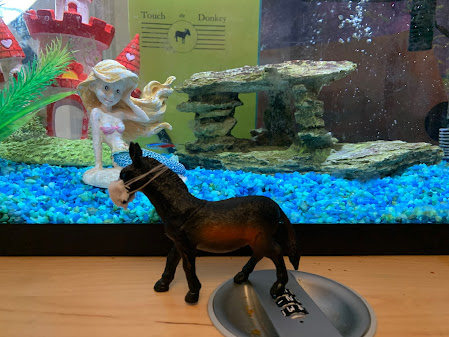 Stuart Ross is a writer, editor, writing teacher, and small press guerrilla living in Cobourg, Ontario. The recipient of the 2019 Harbourfront Festival Prize and the 2010 Relit Prize for Short Fiction, among others, Stuart is the author of over twenty books of poetry, fiction, and essays, including The Book of Grief and Hamburgers (ECW Press, 2022) and 70 Kippers: The Dagmar Poems (with Michael Dennis; Proper Tales Press, 2020). I Am Claude François and You Are a Bathtub, his third fiction collection, dropped from Anvil Press this past fall. Stuart has taught workshops in schools across the country and was Writer-in-Residence at Queen’s University and the University of Ottawa. His work has been translated into French, Norwegian, Slovene, Russian, Spanish, and Estonian. He occasionally blogs at bloggamooga.blogspot.ca.

A: “10 TINY POEMS (26 January 2022)” is part of a molasses-velocity project I began in November 2012. My intention is to write 100 sets of 10 poems, and so 1,000 poems altogether. I’m about a quarter of the way there. I keep promising myself I’ll start doing one every day or two, but life and having to pay the rent always get in the way of my good intentions. (Also my unhealthy obsession with reading the news.) My challenge to myself is that none of the poems in each set are connected to each other, though I have broken that rule twice now. The idea is that each of the 10 is a completely separate poem. As you can see, the number above each poem dictates the number of words in it. Each number has its own challenges. How can you make one word into a poem? (Ask Aram Saroyan.) How can you keep all the words interesting—and not just part of a single phrase—once you get to seven or so? I’m very proud of the 26 January 22 instalment, because I think each poem does something very different, and successfully.

A: Well, lately I’ve been working mostly on prose: personal essays and short stories, so there is little comparison. I have been writing the occasional poem, mostly during workshops I’m leading, but nothing as compressed as the pieces in any of the “10 TINY POEMS” installments. Though it is possible that my sensibility, or aspects of my sensibility, tone, personal quirks, appear in all of my writing. I’ll let others write their doomed theses on that.

Q: How easily are you able to move between genres? Do you see your fiction, non-fiction, and poetry as separate threads of your work or as different elements of a singular, ongoing project? How are you able to distinguish?

A: I see each of my projects as a discrete thing, though of course one’s life work is part of a broader project of artistic production. Moving between genres is effortless since each piece of writing naturally takes on the form it demands. Or else I go: I think I’ll write a poem. I think I’ll write a two-page story. But often it’s I think I’ll write something and see what emerges. Sometimes that something can’t easily be defined by genre. More and more, writers are feeling unconstrained by genre, though publishers have some catching up to do on that front.

Q: How does this particular project fit with your overall work? There’s an element to this project that feels akin to you wishing to work in a small, immediate way, comparable to the work of someone such as Nelson Ball, but in an ongoing way. What originally prompted this?

A: I’m a poet who likes to try a million different things. Which is why I will always be a very obscure poet. Well, that’s one of the reasons, anyway. As I said earlier, I was intrigued by the challenge of making viable poems that were one word, two words, three words long, etc. It’s a bit like problem-solving or doing word puzzles. I don’t think of these poems as being Nelson Ball-like in any way: mostly they are word-based rather than image-based in the way that Nelson’s poems are mostly image-based. I do like the fact that this is an ongoing, if irregularly so, project that I’ve been poking away at for a decade or so. And this ongoingness is in contrast to most of my other work, where I work pretty quickly.

Q: Well, it was said that folk paid attention to the work of London, Ontario, artist Greg Curnoe, in part, because they didn’t know what he was going to do next, so I would suggest there’s a great value to that element. Still: are there any unexpected elements you’re noticing through the ongoingness of this particular project?

A: It’s a project in which I have to resist falling into a schtick. To do that, I need to surprise myself. Do things with words that I haven’t done before. Maybe even do things with words that repel me. As I get further into the project, it becomes increasingly difficult to keep it vital, to create shifts and hairpin turns. I find it excruciating as I write, but often satisfying when I look back at the recent sets of 10 I’ve created. Of course, in the back of my mind: is anyone ever going to publish this entire book? Well, Book*hug recently published a 450+-page poetry book by R. Kolewe, so it’s not unprecedented. Either that or you’re going to have to do 10 more above/ground chapbooks of it!

Q: With countless books and chapbooks of poetry, fiction, and non-fiction over the past 4-plus years, how do you feel your work has developed? Where do you see your work headed?

A: As I suggested earlier, I might be a laboratory technician more than a writer. I always want to experiment. But two different paths have emerged, and it’s interesting to me that they are happening simultaneously: more extreme experiment and more personal/autobiographical content. Usually not in the same pieces, though my recent essay/memoir, The Book of Grief and Hamburgers, was at the same time experimental and personal in a literal sense. The American cartoonist and satirist Al Capp used to say of his invention the Shmoo (an armless white blob that resembles a rotund bowling pin with whiskers) that they procreate so quickly that if two Shmoon (the plural) begin a 50-yard dash, the winner won’t have been born when the race began. That’s where I’m hoping my work will be headed.

A: Charles North’s The Nearness of the Way You Look Tonight and Ron Padgett’s Toujours l’Amour are very important to me. (Really, all of their works are ones I go back to a lot when I need to remind myself of a reason to live. I also make their work part of my training for my annual New Year poem, where I write a poem on January 1 and immediately send it out to my 500 or so email contacts.) Dave McFadden’s work revitalizes me, brings me back to the excitement of being a 15-year-old poet, which was when I first found a book of his in a library in North York. Then there’s Emily Pettit, Alice Burdick, Samuel Beckett (especially his later short fictions), César Aira, Renee Gladman, B. S. Johnson. The list, as they say, whoever they are, goes on.