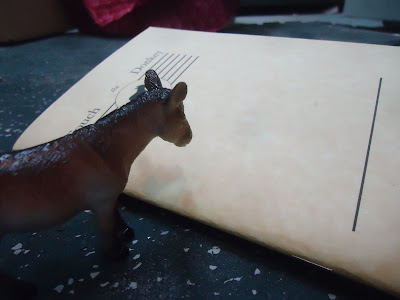 David Dowker was born in Kingston, Ontario but has lived most of his life in Toronto. He was editor of The Alterran Poetry Assemblage from 1996 to 2004 (which can be accessed at Library and Archives Canada). He published Machine Language in 2010, Virtualis: Topologies of the Unreal (with Christine Stewart) in 2013 (shortlisted for the Stephan G. Stephansson Award for poetry), and Ma nt i s in 2018.

A: The “method” used, if method it be, in these poems (except for “Crash Flow”) is to make use of, or riff on, (some of) the language from the “source” poem(s) to create something new. The result is a derivative, in the mathematical (and poetic) sense, of the original. I suppose one might say that an accidental dialogue of sorts occurs, but I’m not sure that would be entirely accurate (or particularly useful). Then again . . .

So . . . “Thuddite” was derived from “Let My Voice Thud Throughout the Land” (and “Vulgar Marxism”) by Dorothy Trujillo Lusk, and “Sentimental Necessity” from a mash-up of “Sentimental Intervention” and “Historical Necessity,” also by Dorothy Trujillo Lusk. Early versions of these poems were written for a “Pestschrift” (organized by Aaron Vidaver).

“Protective Intimacy” is derived from “the love that is truly a refuge for all living beings” from “Protective Immediacy” by Rod Smith. As I recall, the title came from a misprint somewhere.

Finally, “Pastoral Logic” is derived from “I drove through this old world this afternoon” by Clark Coolidge, and has, I think, a slightly different relation to its “source.”

A: Not at all really. Another somewhat related example of this method is “n-chant(s)” (which was published on-line in The Alterran Poetry Assemblage, but revised since then), based upon Lissa Wolsak’s Pen-chants. It is essentially a work of erasure, though (similar to Ma nt i s). Time-Sensitive Material (which I’ve been working on since Virtualis) is something quite different.

Q: With your erasures, as well as your works in “accidental dialogue,” you appear to favour composing pieces that respond to other works. What is it about working these kinds of responses that appeals? What is it about the conversation between poems that attracts you, and what do you feel is possible through such explorations?

A: I wouldn’t say that I “favour composing pieces that respond to other works.” It’s just another approach among many. It all began with the Alterran Poetry Assemblage, I suppose, and probably reflected a desire on my part to interact with the authors that I published. The most successful example, I think, is the transformation of David Hoefer’s “Riot Trousers” into “Griot Trousers” in the second issue, but that is also quite different from the previous examples. Also, the germination of Virtualis dates from then, with Christine Stewart’s “Patience details its follies” becoming “Patience arrays its strategies” and various other examples, mostly from Taxonomy (with a bit from “The Trees of Periphery”). Ma nt i s  arose, in a sense, from the idea of  “root notes of a transient present” in Clark Coolidge’s The Maintains (and, of course, the example of Ronald Johnson’s RADI OS).

“The poet and the reader, who if he is intent in reading becomes a new poet of the poem, come to write or to read in order to participate through the work in a consciousness that moves freely in time and space and can entertain reality upon reality.” (Robert Duncan, The H.D. Book)

“The knowledge of the poem is a—psychoanalytically probably not fathomable—shared knowledge with an other; there are invisibly communicating vessels.” (Paul Celan, trans. Pierre Joris, The Meridian)

Q: You mention The Alterran Poetry Assemblage, the online journal you ran from 1996-2004. How did that journal originally begin?

A: It began as an e-mail sent out to a number of people. I can’t remember if it was sent out in installments or as one long e-mail. I soon decided that a “website” was the way to go, so I wrote the HTML (it was very much “early days”) and put it up on the World Wide Web.

All of the work was solicited (at least to begin with). The authors selected came from readings in journals such as Raddle Moon and Talisman, and a special West Coast Line issue featuring new British and Irish writing (edited by Peter Quartermain) was quite useful.

Q: What do you think your time spent working on the journal allowed for your own writing? Did you see any shifts in your work during this period that Alterran Poetry Assemblage might have influenced?

A: I suppose that there was an expansion of the possibilities of collaboration, and the idea of the internet as a collective, interactive text. I had contributed to RIF/T at the Electronic Poetry Center, Inter\face, and Juxta/Electronic, as well as (pseudonymously, as required) to DIU (Descriptions of an Imaginary Universe). The Assemblage was a continuation of this activity which, overall, represented a more spontaneous approach to the work.

Q: You’ve furthered that idea of collaboration, working directly with poet Christine Stewart for some time now, such as Virtualis: Topologies of the Unreal, that appeared with BookThug in 2013. What has that experience been like? Has working with Stewart shifted, at all, the ways in which you see your solo work?

A: Working with Christine has been a joy. It has basically been a perpetual back and forth, altering texts, with almost no discussion – just winging it. There was a large gap of inactivity, and then it staggered to life again. Christine’s introduction of the Agamben quotation (from Stanzas) on “Topologies of the Unreal” seemed to crystallize the virtuality.

A: Rimbaud’s Illuminations remains central. Charles Olson is always there somewhere, which means Pound as well, of course. T.S. Eliot and Rilke obstinately continue to influence, and Robert Duncan has been there (with H.D.) for a long time. John Ashbery and Robert Creeley lurk with the furniture.