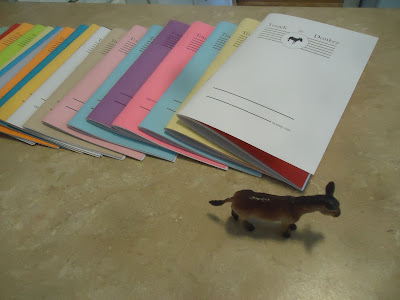 Michael Cavuto is a poet living in Queens. His first book, Country Poems, will be published in early 2020 with Knife Fork Books in Toronto. With Dale Smith & Hoa Nguyen, he edits the Slow Poetry in America Newsletter.

Pyre III is a poem that does and does not yet exist. When I started writing the Pyre poems two years ago, it was in the space of a very important poet’s passing, and I was taken up with the poem’s particular capacity for remembering – so in that way, the first Pyre poem was a kind of elegy. In writing through an experience of poetic memory, I engage with a distinct kind of time unique to poetry.

In the poem there is a different time, but it does not come into confrontation with lived experience as contrary to ordinary time. Rather, the poem enfolds time & the past and passing are held in its moment. Change becomes the poem’s capacity for remembering.

Since beginning to write these Pyre poems, I’ve given them over to what seems to me to be a kind of reverent patience. In finding memory to be the force of these poems, I’ve come to understand their movement as an ellipsis, as something that stretches out from absence in the shape of return.

So, perhaps to be more direct, since beginning to write these Pyre poems, I have returned to them each year, one year after the previous poem was written, to experience the poem again as a remembrance, and to record a new memory as I find it there, written only from elements in the original poem. Pyre III will be written in March, and I’m sure that I’ll find these poems quite changed from a year ago, from two years ago.

I began these poems as one would stacking rocks for the dead, and I return to them each year to witness their change.

& now I’m thinking of this as a kind of completeness that poetic memory offers to lived experience
& earlier tonight I heard Will Alexander read and he said the poem must exist in total reality, &
then following him, Cecilia Vicuña :
& now we’re aware that everything is going away

The Pyre poems are a record of loss held, of total change as presence. These stones stacked for the dead cling to life as it goes on living.

now I think of Paul Metcalf, in Genoa, of ancient signs of passing time:
and there was Sargasso weed, rumored to trap ships as in a web … detritus, perhaps, of Atlantis …

All of my poems exist in sequences, so compositionally the Pyre poems (which will comprise Pyre I ¬– X) relate to the other poems I’ve been writing for the past five or so years. This way poems are always imperfect and incomplete, moving outside of the boundaries of a single poem and in larger resonance with other perceptions. But the Pyre poems are exaggerated across time, tracing the contours of memory as they push out on present experience.

In these poems, too, I continue what I’ve found essential in my writing, to take in no obscured way other poets as my guides, and to follow this hearing as the attentive force of the poem.

Q: What is it about the sequence that appeals? What do you feel you can accomplish through a structure that might not be possible otherwise?

Writing in sequences acts as a detour around some of the more ordinary limitations of the poem – such as completeness. It’s a matter of finding and mixing sources as a way of locating myself, which sequences seem to do inherently through their constellating of many instances at once. Like daily life, sequences are made of fragmentary and divergent gleanings.

The sequence is an alchemical process of accumulation insofar as reading and writing across the poems is transformational. Poems, words, and images change as they come into relation with each other, and new vocabularies emerge. In this way, the structure of the sequence is always in flux. Sequences seem to ask the very question of poetic movement, of the utterance in a continued state of extension and refiguration, insisting on silent boundaries as porous thresholds.

Q: What influences have brought you to the ways in which you approach writing? What writers and/or works have changed the way you think of your work?

A: Far and beyond, in an incommensurable, entirely incommunicable way, Dale Smith and Hoa Nguyen have been my most important guides, as well as two friends I love deeply and whose works and lives as poets I couldn’t be more committed to. When I moved to Toronto at 20, JenMarie Macdonald told me to get in touch with them. We connected quickly over shared admirations: Baraka, Niedecker, Whalen, Bernadette Mayer – our shared interests in community-making through poetry. At a certain point, I was going for near-weekly dinners at their house in the Danforth, and we’d stay up late talking poetry, music, gossip. Our Slow Poetry in American Newsletter came out of those conversations.

At the same time, Hoa began to influence an important shift in my thinking away from any idea of lineage and to thinking in constellations of writers and artists, of configurations of influences, chance echoes, and engagements in constant motion…. Guides shift in purpose and proximity given the needed attentions of a particular moment. These constellations are a kind of trans-historical community in poetry.

The people who hold the most important places in my life as a poet have been those writers and artists with whom I’ve developed relationships grounded in generative, creative and excessive forms of friendship and affection: the poets Hamish Ballantyne and Tessa Bolsover, Fan Wu, Julian Butterfield, Alex MacKay, Marion Bell (whose book Austerity is an vital gift to the world), the actual angel, Alex Kulick. Poet-turned-gambler, great magic-grifter Iris Liu. It’s really nice to say the names of friends. I think Bill Berkson said I write poems so I can say things to my friends, or I hope he said that.

Q: With a first trade collection forthcoming in 2020, how do you feel your work has developed?

Where do you see your work headed?

A: Most of the development in my work has been a patient finding, an attunement to right hearing of the poems as they have to be, which is full of imperfection and fragmentation. As a very young poet, I tried more than anything to avoid at all costs any semblance of narrative, and through my first book, Country Poems, I’ve come to realize that telling stories is at the forefront of all of my poetry. Of course, narrative and stories aren’t the same thing, but it’s been a surprise. Country Poems, I hope, begins in some nebulous proximity to the lyric and unravels over uncertain ground into forms of attention and articulation much less discernable. Lyrically, I’ve made my task to decenter the self in relation to the utterance, to locate in the poem a nexus of converging voices and images, receptions and articulations. Most importantly, in beginning to learn the scope of a book of poems, I’ve gotten closer to the transformative force within poetic experience: a distinct vocabulary emerging in echoes and refractions across a group – or in the case of Country Poems, many groups – of poems.

I’m working now on a sequence of poems that tell the tall tale of HB, a shadow of the doomed figure Hamish Ballantyne whose demise is told in a ballad that opens Country Poems. So, in some non-linear way, this new sequence, The Comings of HB, precedes Country Poems. Poems, as far as I can tell, take place in a multitude of nows quite different from our ordinary experience of lived time, so I’m learning about how poems interact temporally, and how to hold these spheres of time in nearness to each other. I think of the title to Joanne Kyger’s collected poems often, About Now. Every poem in that book is happening right now.

I’m thinking a lot about collaboration as an important form of decentering.

Q: What do you mean by “decentering”? How do you see that emerging through the process of collaboration?

A: Thinking about the poem as a nexus of convergences and divergences, as an experience in itself. I’m interested in decentering the self within the poem: finding the self to be only one – and not necessarily the primary – element within the work. Stein comes to mind, but I don’t think this a directly Steinian idea. Duncan’s notion of derivation is important, of a sensitivity to voices and histories that weigh on present lived experience. Kyger talks about the poem as a record of the particularities of a life. If my poems take those stakes seriously, and I hope they do, then they do this through a kind of active locating of the self among many forces that are not necessarily identical, or even clearly in relation, to the self. Decentering as I think of it moves away from expression in the older sense – through literary projection, through stories & images & histories, through secrets & obscurities, it’s a way of searching for entirely new forms of the self that leave behind any essential idea of individuality. It makes me think about the sequence again, and of course, the constellation. Today Tessa said the crystalline, which is exactly it.

I don’t want to theorize it much beyond that, because it’s happening and unfolding in the poems, and I feel there’s a lot of work ahead. But, yes, collaboration, again as a form of community – the very gesture of collective creativity. In this new group of poems, The Comings of HB, which really is a work of dubiously authored songs, there’s an idea for there to be texts from other writers among the poems, texts that only deepen and amplify the questions around this figure, HB, which really are questions posed through poems that try to push on the edges of storytelling.

A: Among the many writers I’ve invoked already, there are so many others that I hold dear to my work: Stacy Szymaszek, M. NourbeSe Philip, John Wieners, Susan Howe, Nate Mackey, HD, Spicer, Paul Blackburn & Ed Sanders, Lucia Berlin. Cesare Pavese. Huidobro, Alejandra Pizarnik, Bolaño… Lezama. Dickinson. These poets take in the world and are taken in by it, so it’s endless…

Mostly, in the intimacy of returning, I read my friends.

Thanks so much for this conversation, rob.