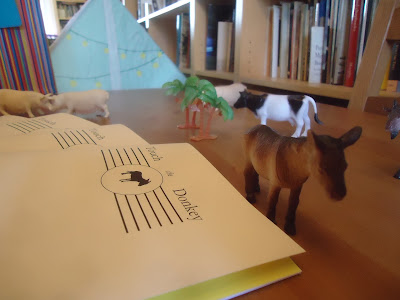 Biswamit Dwibedy is the author of Ozalid (1913 Press, 2010), Ancient Guest (HarperCollins, 2017), and Hubble Gardener (Spuyten Duyvil, 2018). A recent series of poems is available on Essay Press as the chapbook MC3. He is the editor of Anew Print and is from Odisha, India.

Four poems “from UNWEDER” appear in the twenty-second issue of Touch the Donkey.

Q: Tell me about the sequence “UNWEDER.”

I was in Khajuraho shortly after my mother passed away. I was there for work related to an advertising campaign for a major multinational company. We were shooting a series of videos in that area, unrelated to the temples, and entertaining a very difficult American client. My hotel was very close to the temples and I would sneak out in the mornings and evenings to write these poems over a few days. Then I’d go to the shoots. Doing something related to poetry while on a totally commercial job was a great release! These poems are ekphrastic, are my responses to being in that place, amongst all these tourists and newly-wed couples, everyone gazing at and stunned by the incredible erotic art.

A: The work I am doing right now isn’t poetry, which UNWEDER is, but fiction, essay writing, etc. However, all of them deal with historical material.

Q: What is it about working with historical material that appeals? What do you feel is possible through writing through history that might not be possible otherwise?

A:
History is full of surprises. Particularly, Indian history has fascinating, contradictory things happening at the same time in different parts of the country. It makes possible a comparative study of micro-cultures through which new connections emerge, ones that help reimagine what we know about history.

My fiction is on deals with historical characters from Delhi in the 13th century; also during the time that temples that are the subjects of my poems, in Odisha and Khajuraho, were being built. Through my work I am trying to understand the differences and similarities in cultures within the country at any given time. The eroticism of Khajuraho temples is missing in the Delhi sultanate, and the latter is drenched in Sufi philosophy, with a homoeroticism that you do not see in Khajuraho. I like the overlap, simultaneity. Beyond the differences maybe I can get to something that is not just common but universal.

Writing through history also leads to research, which makes known things that we cannot possibly see anymore. There is a balance between the search for accuracy and leaps of imagination. I also think it is the writing itself—what can be made possible by new ways of writing about/through history. How do we use the material we have to learn how to live in the present? How can history make new ways of writing possible?

Q: With a small handful of collections over the past few years, how do you feel as though your work has developed? Where do you see your work headed?

A: I am surprised by the direction my work is taking. Fiction—historical-fiction to be precise—is not something I ever thought I’d write. But being in India, surrounded by all this history just pushed me in that direction. I started as an “experimental” poet, but now my work has gone way beyond that. I have written/am writing novels and scripts, and working on lyrics for an album. I think my work has forayed into completely unexpected areas, something I am very happy about. I think I want to work in every single genre, as well as the spaces between. That’s where my work is headed. But…with language come unthinkable surprises!

Q: As I am completely ignorant of the history of literary culture in India, how did you emerge, first, as an experimental poet? Was this something that was happening around you, or were you seeking out your influences further afield? What writers were you reading that drove you to doing that kind of work?

A: I lived in India till I was eighteen, during which I had little connection to the poetry communities here. My mother was a poet, and I remember some of the poems she’d recite. As a teenager I was stealing song lyrics (American pop music, thanks to MTV’s Indian invasion in the nineties) and making them my own, and exploring the richness of lyrics in older Hindi movies. I remember encountering the poetry of Mirza Ghalib through a cassette tape my brother owned, a soundtrack for a television show based on the poet’s life.

It was only when I moved to America that I actually encountered experimental poetry. I was nineteen and studying Biomedical Engineering. Serendipitously, I had landed in Iowa, home to the Writers’ Workshop. My first encounters in experimental writing were in the poetry aisles of Prairie Lights, the local independent bookstore in Iowa City. It was there that I came across the works of Cole Swensen, Lyn Hejinian, and Leslie Scalapino. Cole’s NOON was one of the first books of poems I ever bought. I was in love! I sought out the writers whose work Sun and Moon Press published, selecting titles from their back catalog, printed at the end of their books, and thus began my education in poetry.

Coming from a completely different language and culture, I was relieved to see that there was so much thinking that was outside the conventional modes of sense-making and grammar. It was a joy for someone coming from a foreign tongue to know that there was no single, rigid way to read, write, tell your story, or the truth. The wildly fun and experimental works of Susan Howe, Laura Moriarty, Norma Cole, Stacy Doris, and Rosmarie Waldrop pushed me to think about this new language that surrounded me in new ways. And yes—their work drove me to write what I do and the way I do!

Q: How do you feel your time focusing on writing and researching poetry has impacted your approach to writing a novel? Is there a sense of the language or cadence you are aware of while writing prose, or are you attempting to compose something more straightforward?

A: I wouldn’t have ever thought of writing fiction had I not read the fiction/novels of Leslie Scalapino and Fanny Howe. I like Scalapino’s idea of “life as fictionalising”, and both her and Fanny’s work just helped me allow myself to work on these fun projects. Room outside of poetry. Their wildly different works remain crucial to me. Particularly Leslie’s sense of wild fun in the space of a book, using science-fiction, pornography, forms of the essay within the novel.

The two novels I am working on now are historical-fictions, based in 13th century India and early 19th century London respectively. The former is a lot about poetry, music, riddles, the mixing of languages such as Persian and Arabic, and I think that demands a certain cadence that is not just closer to poetry, but of a certain kind, from a particular language. My protagonist is someone who invents new languages, musical instruments. The narrator is gender-fluid, a Captain in the army and a lover to the king. I am trying to articulate an experience of the body that is, I believe, both contemporary and very ancient, and refuses to be labeled.

My protagonist in the other novel is a contemporary and fan of Blake and Shelley. He is an author, the first Indian man to write a book in English, and is later accused of plagiarism. In describing his experience in his own country, he steals passages from travelogues written in India by British writers. He is an entrepreneur, who raises the money to fund the publication of his own book. Like a small poetry press. I find all this very interesting because of my own early work in collage, erasure, appropriation. Which seems like a terrible word nowadays.

Again, poetry was my way into history—through Cole Swensen and Susan Howe—but I am doing something that’s at a great distance from their amazing work, but wouldn’t have been possible without. Though literary, I think I am now writing books that are for an audience that goes beyond the lovely poetry communities I am a part of.

Q: Perhaps you’ve already answered a part of this, but who do you read to reenergize your own work? What particular works can’t you help but return to?

A: Cole Swensen, Leslie Scalapino, Mei-mei Berssenbrugge, Fanny Howe (Radical Love in particular), Rosmarie Waldrop, Susan Howe, Norma Cole, Laura Moriarty—these are some of the writers whose work will remain with me for life. But Cole Swensen in particular—I take her books everywhere with me. I read Landscapes on a Train on the train; read Park and Ours in gardens. I like reading Scalapino’s that they were at the beach—at the beach. Likewise, Berssenbrugge works wonders in the morning, on a Sunday, in the summer.

Ah, and all summer long I have been reading Swensen’s chapbook Seventeen Summers by your above/ground. Thank you for YOUR attention to that work, and to mine, and for these wonderful questions.