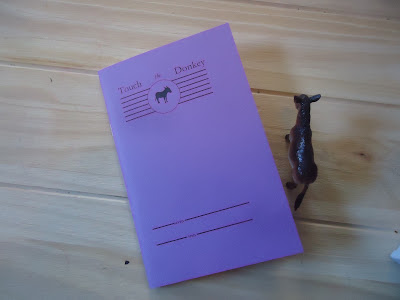 Janet Kaplan’s full-length poetry books are Ecotones (forthcoming in 2019 from Eyewear Ltd.), Dreamlife of a Philanthropist: Prose Poems & Prose Sonnets (winner of the 2011 Ernest Sandeen Prize in Poetry from University of Notre Dame Press), The Glazier’s Country (winner of the 2003 Poets Out Loud Prize from Fordham University Press) and The Groundnote (Alice James Books, 1998). Her honors include grants from the New York Foundation for the Arts and the Bronx Council on the Arts, fellowships and residencies from Yaddo, the Virginia Center for the Creative Arts, the Ucross Foundation and the Vermont Studio Center. Her poems have appeared in Arts & Letters, Barrow Street, Cross Currents, Denver Quarterly, Interim, The Paris Review, Pool, The Prose Poem Project, Sentence, The Southampton Review, Tupelo Quarterly and many others, as well as in the anthologies An Introduction to the Prose Poem (Firewheel Editions, 2007), Lit from Inside: 40 Years of Poetry from Alice James (Alice James Books, 2012) and Like Light: 25 Years of Poetry & Prose by Bright Hill Poets & Writers (Bright Hill Press, 2017). She’s served as Poet-in-Residence at Fordham University and is currently a member of the creative writing faculty at Hofstra University, where she edits AMP magazine.

Her poem “A Yellow Dwarf’s Photonegative Capability” appears in the seventeenth issue of Touch the Donkey.

Q: Tell me about the poem “A Yellow Dwarf’s Photonegative Capability.”

A: “Yellow Dwarf” is one of the poems in Ecotones, due out in 2019. The work deals with our responses to nature and how, as nature, we’ve somehow forgotten that we are nature. In “Yellow Dwarf,” I tell a fairy-tale-like story. Most fairy tales involve a relationship between human beings and animals with special powers. In my tale, the animals are zooplankton, the smallest animals in the food chain; they’re powerless, though, because the human being in the tale can no longer “hear” them—can no longer understand what they really are. In fact, the human being poisons them—and herself—by leading them to the sea to drink water contaminated with plastic particulates. Exposed to sunlight, plastic disintegrates in a process called photodecomposition, but it never fully breaks down. It remains in the water, where it’s consumed by zooplankton—and on up the food chain. I contrast this “tale” with an excerpt from an origin story, “Records of the Grand Historian,” by the Han Dynasty writer Sima Qian (ca. 91 BCE), in which powerful animals help the human-hero defeat an enemy sun god. “A Yellow Dwarf’s Photonegative Capability” (pun on Keats’ Negative Capability intended!) is my depiction of the broken connection between—the decomposition of—humans and the rest of the natural world.

A: I’m still at work on a number of poems in Ecotones. If and when I can see beyond this book, there’s a hybrid prose collection—part fiction, part memoir, part essay—staring at me from the box I placed it in about three years ago. The subject matter is different from Ecotones’ but the form—or, rather, the mixing of forms—is similar. I think I’ve caught the hybrid bug.

Q: When you say “mixing of forms,” what forms are you exploring?

A: In Ecotones, I mix fictional prose narrative, poetry and sampled text fragments. In my hybrid prose manuscript-in-progress, there’ll be fiction, memoir and very short essays.

Q: What do you feel you’re able to accomplish through the hybrid that you might not be able to otherwise?

A: I’m hoping for a more accurate—meaning, more complete—depiction of a life’s environment. One section Ecotones contains a fictional account of a substance abuser’s life. This account takes place, as all lives do, in an historical time and place—or, rather, in many times and places.  I use different literary shapes—paragraphs, stanzas—a variety of typefaces, irregular spacing and placement of text, and a bit of line art, to depict the voices—some complementing, some contrasting, like odd Greek choruses—that arise from these times and places. And, of course, there’s blank space to represent the silences.

Q: With a small handful of books over the past two decades, how do you feel your work has developed? Where do you see your work headed?

A: Sometimes I feel like Fernando Pessoa, the great Portuguese poet who adopted not only pseudonyms but utterly distinct voices for each of his books. With each of my books, I’ve had a different question to answer, a different goal. If someone can find a single “voice” that could be recognized as the Janet Kaplan voice threading through each of my books, I’d love to know about it. But I’ve stopped worrying about it. There’s yet another voice—a fifth? a fiftieth?—in a new poetry manuscript-in-progress tentatively titled “Pitch Light.” This new voice cracks me up; I was howling with laughter as I wrote the first drafts.

Q: “Voice” feels less a concern than simply understanding the ways in which your books interact with each other. bpNichol said something once about the work connecting only due to it all composed by the same hand. Do you worry your books each sound like a different writer, thus distancing any ongoing readership you might have?

A: Why should one’s books interact with one another? I absolutely agree with bpNichol here! As for the worrying, to be honest, I worry about having enough money, enough time.... And then, like the poet A.R. Ammons, I go for a walk.

A: Actually, in the last few years, I’ve been reading and re-reading the Christian, Sufi, Jewish and Hindu mystics, with Zen haiku masters joining in to intensify the blaze. Thanks for asking!