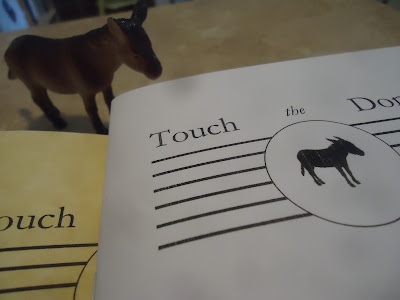 Emilia Nielsen’s debut book, Surge Narrows (Leaf Press, 2013), was a finalist for the League of Canadian Poets’ Gerald Lampert Memorial Award. Body Work, her second book of poetry, was published by Signature Editions in spring 2018. She is also the author of the scholarly text, Disrupting Breast Cancer Narratives: Stories of Rage and Repair published by University of Toronto Press in 2019. She recently joined York University’s Health & Society Program in the Department of Social Science as a tenure track Assistant Professor in Arts, Medicine and Healing.

Her suite of poems “NOXIOUS SPECIES” appears in the twenty-first issue of Touch the Donkey.

Q: Tell me about “NOXIOUS SPECIES.”

A: I’d like to say the primary inspiration for these poems came from a weed manual published by the Government of Alberta, the Alberta Invasive Plant Identification Guide: Prohibited Noxious and Noxious. And this is true, in part.

But these poems also came about because of finding myself newly in Edmonton, Alberta. I had spent three long summers as a fire lookout in northern Alberta years previous but for three years I actually lived year-round in the province and more importantly as part of a neighbourhood. I was spending a lot of time out walking with my very energetic puppy in Mill Creek Ravine. There, neighbours not only get together to clean up garbage each spring, they also participate in weed pulls because plant species like garlic mustard and Himalayan balsam are transforming—and some would say irrevocably changing—the natural ecosystem.

So not only was I curious about the names of these plants and how to identify them, I was implicated in their histories of migration from Europe and settlement into areas just like the one I was walking in. This history maps onto colonial settler migration and with my own ancestor’s obsession with bringing all manner of species from Europe. The best response to invasive plants seemed to be pull them out, as I did with a bunch of creeping bellflowers happily growing in my front yard. (Truth be told I missed them the next spring when only a few remaining plants bloomed, exactly as planned.)

So, I’m also beginning to understand that my own thinking is rather limited—no surprise!—and that we would all be best served by turning to the work of Indigenous scholars like Nicholas Reo who are rethinking how best to understand the problem so-called “invasive species” present. (I recommend listening to Reo’s interview with Rosanna Deerchild on Unreserved and reading a bit more about his work here.)

I also happened to reread Louise Glück’s The Wild Iris and was captivated all over again by the speakers of those poems. And the acerbic voice of “Witchgrass” especially.

Then there was hateful anti-immigration rhetoric—and actions—coming from the President of the United States, which was in the news and on the radio in constant rotation and was as vile then, a year and a half ago, as it is now.

Somehow all of this bubbled up and into the voices of these plants, these noxious species. (Or at least I think it did!)

A: These poems seem pretty different from the other types of work I’ve been doing lately.

I’m just surfacing after going deep into a bunch of university-situated grant writing, and in the biggest proposal directed to SSHRC, I’ve proposed a “research-creation” project that aims to explore illness memoir—through reading, writing and talking—but to do so through more experimental or genre-bending means. I had to really think through what it might mean to employ autofiction (or even autotheory) in trying to get at something that is personal but so quickly can become a bit boring to me unless I’m engaged with some play on the page or play in the mind or play in conversation. I’m not that interested in recounting “the facts.” (And I’m pretty sure only some people are interested in reading work like that.)

In terms of other poetry projects, if I think in terms of book-length works and the kind of poetics that motivated my previous books, Surge Narrows and Body Work, it’s beginning to feel like I start fresh each time I approach a new writing project. This is not something I planned to do. But I’m beginning to understand that it does keep things interesting. It’s like I’ve given myself permission to become a different poet each time I start a new book. I’m not sure that others would agree but that’s what it feels like to me!

Q: You reference thinking in terms of book-length works: how did you get to the point of thinking as the book as your unit of composition? What do you think influenced your evolution to the book over, say, the individual poem?

A: I’m curious about that too because it seems undeniable that I do now think in terms of a much longer unit of composition. On the one hand, I think struggling to put together my first manuscript of poems forever changed my thinking in terms of both the deliberate organization and the culling required. But I also think that reading key books at impressionable times like Lisa Robertson’s The Weather or Maggie Nelson’s Bluets encouraged me to think of how a book can be a sustained exploration of a concept or atmosphere. This probably speaks more to the fact that I enjoy books where all the parts intrinsically belong, even if the inner logic might not be immediately apparent.

Q: When you speak of sustained exploration, do you think in terms of a thesis or argument that your book-length works explore, or more of a pulling apart of an idea, to see from multiple perspectives? What do you see your poems attempting to do?

A: That is such an important distinction! I’d like to think I’m doing more pulling apart than argument-making. In my thinking a “sustained exploration” is actually an open ended and exploratory process. For all my bluster about loving books that have a delicious sort of inner logic that does not mean they must be tidy. Too much tidying up seems to produce writing that can feel a bit restrictive (even didactic.) Generally, I’m disinterested in being told what to think or feel. So, I guess my poems do attempt to present multiple takes on a given situation or reality and to follow that line of thinking until I run out of steam.

Q: With two full-length collections under your belt, how do you feel your work has developed? Where do you see your work headed?

A: Maybe it is a bit more nuanced? I’m not sure, exactly. Maybe I’m just less committed to certainty.

I do know that throughout the process of writing Body Work I was very interested in playing with form and content. And if an idea took hold, I was keen to pursue it for as long as I could sustain the writing.

So, I’m not sure exactly where my work is headed. I guess I hope not to repeat myself, even though I’m fully aware that each of us has a few preoccupations that we will likely return to time and again. And I take some comfort in that.

Q: You’ve already mentioned Louise Glück, but have there been any other authors or specific works in your head as you’ve been working this particular manuscript?

A: Anne Carson’s Short Talks. First published in 1992—I probably read it ten years after that—it was recently re-released by Brick Books and now includes a gorgeous introduction “Glass, Slag: Short Talk on Anne Carson’s Hewn Flows” by Margaret Christakos which helped me better situate so much of what I first found so arresting. As Christakos says, “Short Talks does not frontally expose the aroused scruff of any one self; it is a book of indirect addresses from a chorus of individual voices gesturing personae” (p. 16). The brevity, and originality, of those prose poems. Those speakers, those voices.

A: To re-energize—and to challenge—my own work I read Dionne Brand, Sylvia Legris, Sina Queyras, Lisa Robertson, Rita Wong, and others. (Currently, I’m looking forward to Janet Roger’s Totem Poles and Railroads and Cecily Nicholson’s Wayside Sang.) In addition to those already mentioned, I can’t help but return to Gertrude Stein’s Tender Buttons. And H.D.’s Sea Garden. Also, Brand’s No Language Is Neutral.