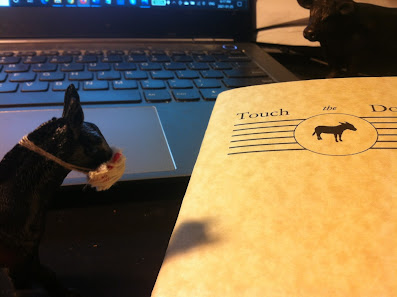 Douglas Barbour is doing isolation, as all good poets should. Professor emeritus at University of Alberta, & author, most recently, of Listen. If, UoA Press.

A: Well, I like the concept of ekphrasis, though I don’t always like the results when someone tells the story the painting or whatever has already told. Though I see I am responding to particular works here, but through my interest in the work of art, that is the way the artist works at it & the way it works. I can’t remember now what photo I was responding to in #1, but the idea of the patience required for any such artwork came to the fore, & stayed with me in thinking of those Chinese paintings, & then a drawing. By Matisse, & a suite of paintings by Edmonton artist Robert Sinclair; Rothko a long-time favourite, the great abstracts, how they take you away if you have the patience before them. Each time hoping that the poem doesn’t need the artwork to work — as a poem.

A: Well, I’m not doing that much, but I seem to be working in short forms, a lot of anglicized haiku etc. I like the compression, & find myself thinking in those ways. Of course, the poems you first asked about are somewhat longer, but again, try to keep the personal ego as diluted as possible (if it’s possible).

Q: Throughout your publishing history, you’ve been working with a variety of shorter and longer forms. How do you differentiate how the length of a poem might emerge? Are you aiming for a particular structure before you begin, and allowing the subject matter to reveal itself, or are you working the other way around? Or is it more of an intuitive combination of the two?

A: I’d say the last, a kind of combination, but I’ve long liked working with what George Bowering calls a ‘baffle’ — something already there to play the words against. Could be an acrostic, or say the haiku etc form, which demand you find the words that fit the number of syllables at least. Lately I’ve been thinking in smaller terms, shorter poems, so this works well for me now. Plus, no doubt, the times demand, but the language demands (I hope) more, & all that.

Q: With a wide array of published books and chapbooks of poetry and criticism over the past fifty years, how do you feel your work has developed? Where do you see your work headed?

A: Jeez, that’s a tough question. For awhile recently, I wasn’t writing much at all, but I’m a bit back into it, though not into much critique any more. I like writing these wee poems but they’re fairly separate, no over-riding concept that I can see at the moment. And although I don’t really see another full book in my future, or at least the near one, maybe a chapbook will emerge. There’s so much happening with so many new, younger, exciting writers on the scene, I figure it’s time to let them talk about & to each other.

A: As to that last question, I really don’t know what to say; I can no longer keep up, & so about the only really younger poets I know are, say, the ones NeWest is publishing, & a few of the later ones on my blog, which is now a few years old, & may not be resurrected soon, if at all. I’ll see what I can do about looking that stuff up, but I get tired a lot more easily now, & that’s one reason I’m not paying so much attention to new poetry, except the bits & pieces published only I came across. So, there’s Bertrand Bickersteth, whose first book is garnering some good attention, & I’m the editor for Carol Steski’s first book, rump + flank, coming soon. Or I’m reading the old guys now (as RK would say). And the occasional book by a contemporary, such as the latest Selected by the fine Scottish poet, John Glenday, who was an exchange poet here at UofA back in the day.

Ah, hey, Phyllis Webb first & foremost. But see my last remark above: Olson & his confreres, Kroetsch, & of course Wah, Marlatt, & that group. I rediscovered the early Gwen MacEwen recently, she was unique in her own way, as was John Newlove, both of them not part of any group, but admitted by all of us back then (& now). The late great bpnichol, who was my introduction to Sound Poetry, as well as Visual. Some really interesting poets I met in Australia & New Zealand back in the day.