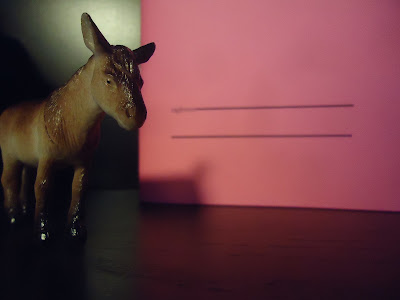 Ryan Eckes is a poet from Philadelphia. His latest book, General Motors (Split Lip Press, 2018), is about labor and the influence of public and private transportation on city life. Other books include Valu-Plus and Old News (Furniture Press 2014, 2011). His poetry can be found in Tripwire, Slow Poetry in America Newsletter, Entropy and elsewhere. He has worked as an adjunct professor at numerous colleges and in recent years as a labor organizer in education. He won a Pew Fellowship in 2016.

A: “horses” is from my latest book, General Motors, and is part of a series of prose poems called ‘chase scenes’ that deal with desires for speed and escape from labor and how the history of transit shapes personal or family history. I was writing poems that blur easy distinctions between “public” and “private” realms and trying to undermine the U.S. myth of rugged individualism. After finishing General Motors, I started writing poems called “injury music” and “for what we will,” not entirely sure where I’m going. I’m thinking about pain, trauma and more questions around work. “For what we will” comes from the old labor union slogan, “8 hours for work, 8 hours for sleep, 8 hours for what we will.” It’s sad that 8 hours of work/40 hours a week is still considered normal, considered actually natural by many people, a century after it was established as a *protection*. Why aren’t we at 4 hours by now? Why is the minimum wage still so low? Why do Americans worship the rich? I could go on. But these are the kinds of questions that I let propel my writing at the same time that I am trying to understand myself as a living thing made of relations.

A: I’ve also been experimenting with essays that address similar concerns, to dig deeper into history. I try to use the paragraph the same way I use a line in a poem, letting associational thinking lead to unexpected connections, new ideas. There are some essays called “spurs” in the new book.

Q: What do you feel you are able to explore through the blend of poetry and essay that you might not have been able to accomplish otherwise?

A: It’s easier to convey information in prose. Because I’ve gotten more interested in writing about history that’s been erased, I accumulate factual material that I want to share, and so the essay has become the vehicle. I think of the essay as a poetic form, keeping in mind the meaning of the verb to essay, to attempt. The exploratory nature of the essay is what makes it still feel like poetry. I’m just putting pressure on language in a different way. But to answer your question in one word: history.

Q: With three full-length collections over the past near-decade, how do you feel your work has developed? Where do you see your work headed?

A: The writing has become more overtly political over time as my sense of urgency has grown. By sense of urgency I mean an awareness of time fleeting—mortality and consequent desire. Desire for justice, desire for pleasure, desire for human connection. Poetry is about living, and as we live under capitalism, which is about killing everything, writing feels like cutting through the wind, and that feels right. It’s harder to answer your second question, about the future, because I’ve never had too much of a plan and have moved through life largely intuitively. Sometimes I feel that poetry is not enough, that I should do something else entirely. Then I think nothing else makes sense to do, and I keep going.

Q: Have you had any models for this kind of writing? What other poets have influenced the ways in which you approach your material?

A: So many. In terms of mixing prose and poetry, William Carlos Williams’ Spring and All and Jack Spicer’s After Lorca were early influences. I’ve always liked the idea of a book as a book—as all one piece—rather than a “collection” of standalone poems. I think of poems in relation to other poems, and in relation to non-poetic material. This is because of Philly, too. Advanced Elvis Course by CAConrad, for example, will change how you think. And becoming a poet in Philly in the 2000s, in the post-9/11 era, changed how I think. It radicalized me for sure. I learned far more about history and politics from hanging out with poets in bars than I ever did in school. That is not an exaggeration. And I think it’s because of knowing poets like CAConrad and Frank Sherlock that I so often go back to influences from the 60s-70s-80s—Amiri Baraka, Diane di Prima, Allen Ginsberg, Audre Lorde, Ammiel Alcalay, and so on.

Q: How does one “become” a poet, as opposed to, say, simply starting to write? What does it mean, in your definition, to be a poet?

A: I think a poet is a person who writes poetry. But people quit all the time, and I know would’ve quit a long time ago if I hadn’t gotten to know other poets. Poetry, any art, for the most part, can only exist in a community, but people suffer from this dominant conception of the artist as an isolated genius—that’s what museums usually present to the public, this idea that an artwork sprung up out of nowhere in the middle of a field, when in reality it came from a complex social dynamic. Influence is played down and originality is played up. Any time I teach an intro creative writing class, I have to explain this to my students. When I was 20, I fell in love with poetry because of a class I took, and it happened that two of my classmates also fell in love with poetry, we were very serious, and somehow we figured this out about each other and we started hanging out outside of class, having intense conversations, trading books, etc, and among the three of us a whole other little world started to seem possible. It felt like magic. That is how I think I started to “become” a poet. At a certain point, in my late 20s, I realized I would never stop. I was too far in.

Q: Perhaps you’ve already answered much of this, but who do you read to reenergize your own work? What particular works can’t you help but return to? 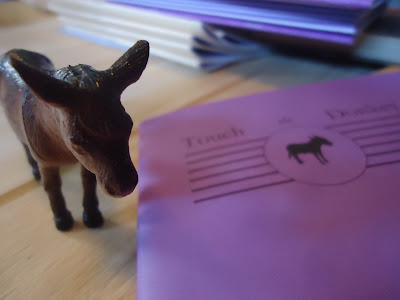