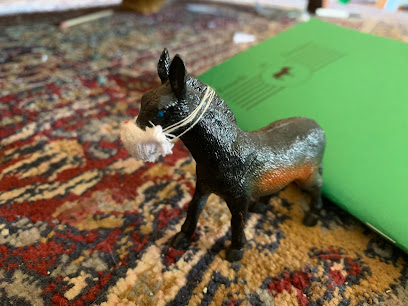 Maw Shein Win’s poetry chapbooks are Ruins of a glittering palace (SPA/Commonwealth Projects) and Score and Bone (Nomadic Press). Invisible Gifts: Poems was published by Manic D Press in 2018. Win is the first poet laureate of El Cerrito, California (2016 - 2018). Her full-length poetry collection Storage Unit for the Spirit House (Omnidawn) was longlisted for the 2021 PEN America Open Book Award, shortlisted for the Golden Poppy Award for Poetry, and nominated for a Northern California Book Award for Poetry. She often collaborates with visual artists, musicians, and other writers. mawsheinwin.com

A: On Writing Thought Logs

I started writing thought logs in August of 2020.

I write by hand, later, I transpose.

Four of the lines have patterns of three.

Sometimes a question: How can we propel you?

A fragment: Places with the highest daily reported cases per capita.

Observation: They color coded their bookshelves for social media consumption.

Instruction: Check the field notes before entering the rodeo.

Feeling: When I get nervous on Zoom, I start a conversation about hair.

Thank you for asking, rob mclennan.

Q: How do these pieces compare with some of the other work you’ve been doing?

A: I’ve been working on a new manuscript. In addition to the ‘logs,’ I’m writing pieces about the body’s possibilities and limitations.

Q: You mention your ‘thought logs’ as a manuscript emerging as a single project. Is this the way you normally put together manuscripts? Do you see each of your published books in terms of a sequence of self-contained projects?

A: Ruins of a glittering palace, a collaborative chapbook with artist Mark Dutcher and Score and Bone emerged as single projects. My full-length collection Storage Unit for the Spirit House emerged from the idea of writing about containers and containment. However, Invisible Gifts was a collection of poems over a period of years which I later organized using a color theme. Overall, I’d say I prefer to be open to both.

Q: How does a poem, and subsequently a manuscript, usually begin for you?

A: A poem can arise from an idea, a spark, an observation, a feeling. The manuscript I’m currently working on arose from my thought logs. I am a listmaker and keep several notebooks with different categories. I try to maintain both a balance of focus and openness to anything I’m working on.

Q: I’m interested in your self-description as listmaker. What first brought you to this point of poet-as-listmaker? What is it about the list that appeals?

A: My father was a chronic listmaker, and he insisted that we adopt this practice. The listmaking began as to-do lists which continue to this day. In my early 20s, I began documenting every music show that I attended, including bands, musicians, dates, and locations. These notebooks are somewhere in our storage unit. I keep lists for many things: books I’ve read (or want to read), jargon and terms for various fields (architecture, graphic design, film, etc.), flora and fauna, colors, thoughts, feelings, inspirations. Listmaking appeals to the part of my brain that wants to sort and organize. I appreciate the sounds and rhythms that can emerge from lists. I think I’ll make my evening list right now.

Q: Do poems, and therefore, manuscripts, emerge from similar structures of organization? Are manuscripts organized from works that require a specific order for the sake of a book-length structure, or are the structures already set in mind as you write?

A: Various sorts of logs and lists are on my mind these days as you know. For my current manuscript, I am using the “log” as an organizing structure. However, I may have an idea about a series of log pieces which I discover may not work in the end. I try to allow myself to be open to changing ideas for structures.

Q: With a handful of publications over the past few years, how do you feel your work has developed? Where do you see your work headed?

A: Since the publication of Ruins of a glittering palace in 2013, I feel that my work has developed and evolved in different ways. In Score & Bone, many of the poems are spare and short in length. The poems in Invisible Gifts span almost a decade and range in style from lyrical and narrative to surreal and dreamlike. Since Storage Unit for the Spirit House, I’ve been experimenting with lists as a structure. Over the past two years, I’ve been trying my hand at the braided essay and hybrid forms. Recently, I’ve been writing blood pressure logs.