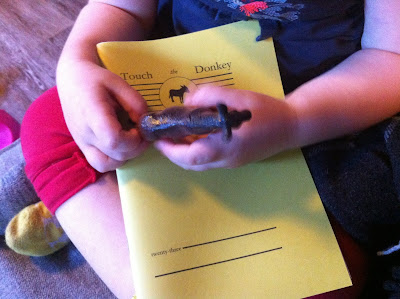 Denise Newman’s poetry collections are Future People, The New Make Believe, Wild Goods, and Human Forest. Newman is also involved in video and social practice projects that explore gaps between language and reality, and for many years she has collaborated with composers providing lyrics for choral works and songs. Her videos have been screened at Southern Exposure, The Lab, the AIA in SF, and at the Whitney Museum in NYC in conjunction with a reading by Anne Carson. She has received a Creative Work Fund grant, two PEN awards and an NEA Fellowship in translation. She has served as a juror for the California Book Award since 2014, and teaches at the California College of the Arts.

Her “Six poems from: The Redesignation of Paradise” appear in the twenty-third issue of Touch the Donkey.

Q: Tell me about “The Redesignation of Paradise.”

A: The Redesignation of Paradise comes out of a two-year poetry project at the UC Berkeley Botanical Garden with poet Hazel White. With staff, visitors and volunteers, we created a public poem in the form of a humongous index. Throughout our time in the garden, people kept bringing up the concept of an earthly paradise, often with a sense of sorrow and even guilt (as in, we’ve blown it). After the project was over, I came across this quote by Kafka:

We were created to live in Paradise, and Paradise was designed to serve us. Our
designation has been changed; we are not told whether this has happened to
Paradise as well.

It got me wondering about what’s happened to paradise. Is it buried under our despair? Does it need redesignating or would obsolescence be better? If we were able to change our thinking about paradise, might we find a more sustainable course? These were some of the questions I was thinking through as I wrote these poems. The final section, the title poem, imagines life on earth as paradise.

A: These are the first poems I wrote after we completed our work at the garden. I had been accumulating ideas and images that could not be expressed in the public project and when it ended, the poems came flooding out. The other sections didn’t happen that way. I had no master plan; each section arose slowly out of the concerns of the previous one.

The main way this work differs from earlier writing is that humans are portrayed within a larger context of natural processes. The plant experts, including Hazel, who’s written many books on horticulture, taught me how to see and show the animation of flora, and the inextricable links between humans, flora and fauna. The humility of the gardeners often impressed us; as one told us, “the garden corrects you.”

In the title poem I found a way to decenter the human by using pronouns in a more fluid way. I wanted to disrupt language’s propensity for distinguishing and categorizing to show how enmeshed we are with everything else. An awareness of these interconnections is perhaps the closest we can get to paradise on earth.

Q: Is this the way you usually put together a manuscript? How do your books begin, and how are they shaped?

A: I do months of reading and noodling around before something starts to take shape. How that usually happens is a particular sound or rhythm catches my interest, and once I have this DNA sample, I can build the whole work from it slowly, word by word.

I love the concentration of books with a single focus, but I’ve only been able to write two such collections. I never know what the scope of my questions and concerns will be. Sometimes they need an entire book to excavate, other times, just a quarter of one. It took four years to pull together my latest book Future People. The two long poems needed something else to glue them together, but I felt completely emptied of words. I started making videos of simple forms, like ants carrying letters that I made out of bread. When I finally returned to writing, I felt as if I were beginning over again. I began working with the etymological meanings of words alongside their current usage. These short contorted poems were the glue I was seeking to hold everything together.

Q: What brought you to this point? What authors or works are in your head when you are structuring a manuscript? Is this a process that evolved organically, or have you had templates in mind?

A: My books evolve organically. I never use templates; whenever I place restraints on my writing I rebel immediately—the same goes for diets. One structural element that I’ve used in almost all of my books is a counterpoint poem or section. I’ve found that it’s useful to make a radical shift in perspective or tone to throw the other parts into relief. In the third section of The Redesignation… I write about my native land of NJ. It’s called “Garden State of Total Reinforcement” and circles around a family visit where I consider my own conditioning away from paradise toward private ownership and the alienation of competition.

I’m surely influenced by other writers and their books, but their influence is so deep that I can’t see it myself. The Danish poet Inger Christensen, whose novels I’ve translated, has two single-poem books that perfectly merge form and content. One is called alphabet and is structured by the alphabet and the Fibonacci sequence. She uses numbers and letters to structure a comprehensive view of life on Earth in all its beauty and horror. The other book it focuses on how language mediates reality and the poems are ordered by line and syllable count with subheadings of the different functions of prepositions. Susanna Nied has brilliantly translated both of them. One day I’d like to write a book with a complex structure that’s integral with meaning and yet almost invisible as Christensen does.

Q: I’m curious about the potential influence that translation may have had on your writing. How do you see your translation work interacting with your own writing? Is there a conversation that occurs between the two, or are they entirely separate threads?

A: This week I did a translation exercise with my beginning-writing students using Bashō’s famous frog haiku. They were arguing over the difference between leap and jump. One said that leap has an up connotation, which didn’t match the following line. I loved that they were getting into the subtle differences between words. That kind of attention to language is the main way translation influences my writing. Also, you’ve got to know a text inside out in order to do it justice; after working so closely with it over time, it becomes part of your consciousness. It’s the same as reading a book over and over. Eventually you begin to understand on a deep level how its form and meaning work together. Maybe you can’t say how exactly, but you know it with your whole being. I have the luxury of working only on books that excite me. I’ve also been lucky to have a personal connection to the authors I’ve translated and have learned a lot from our behind-the-scenes conversations. You might not see a direct relationship between my writing and the translation work, but the influence is significant, like the way living in a big city seeps into one’s writing.

Q: You’ve been working for many years in video, as well, and I have the same question: how do your video works interact with your writing? What does being aware of the visual allow for your text-based projects?

A: My first language is images and so I feel very at home making videos. I’m the kind of writer who writes out of a struggle with words rather than the Mt Vesuvius kind. As with my poems, the videos are tied to observation, of mostly off-to-the-side phenomena. Then I add another element to see what happens, like the bread-letters I get the ants to carry. In another video, I have snails dragging sentences. There’s a lot of trial and error, and the process is very playful; I love the physical part of making videos.

Filming is a lot like writing when I’m away from my desk going about my day with the piece I’m working on in mind. It might influence a conversation or what I notice as I walk around. A few years ago I started inventing little practices, like simply saying hello to everyone who crosses my path. These physical engagements make me more present the same way the camera helps me focus on what I’m filming. Editing is basically the same process for both disciplines. Meaning emerges indirectly through juxtaposition and patterning.

Making videos has made me more aware of what’s special about poetry. Since consciousness is tied up with language, writing can show us how the mind works more directly than any other art discipline.

A: One book I read over and over is the Shōbōgenzō by the thirteenth century poet and Japanese Zen teacher Dōgen Kigen. His essays enact rather than explain the mystery of existence. He does this through metaphor and ingenious turnings of phrases. Emily Dickinson and Inger Christensen’s poems nourish me in a similar way and I often carry around individual poems of theirs to read on the bus or waiting in line. I also read a lot of fiction in translation. One writer I often return to is Yoko Tawada. Her books blur the line between reality and fable and because of this, they offer startling insights about our time.