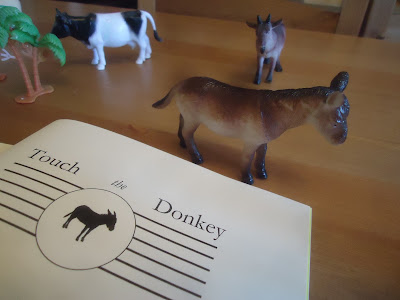 Emily Izsak’s work has been published in Arc Poetry Magazine, The Puritan, House Organ, Cough, The Steel Chisel, The Doris, and The Hart House Review. In 2014 she was selected as PEN Canada’s New Voices Award nominee. Her first chapbook, Stickup, was published in 2015, and her first full length collection, Whistle Stops: A Locomotive Serial Poem, was published by Signature Editions in April 2017. Her newest chapbook, Twenty Five, is now available from above/ground press.

Two poems from her work-in-progress “Never Have I Ever” appear in the twenty-third issue of Touch the Donkey.

Q: Tell me about “Never Have I Ever.”

A: Never Have I Ever is a poetry collection I’m working on based on the sleepover/drinking game of the same name. Each poem in the collection is titled after a different thing that I’ve never done, but some of them are titled after things nobody has ever done (including me) because those things are physically impossible (like knitting a sweater between two continents). I see the collection as a weird subversion of confessional poetry in that by writing about things I’ve never done, I’m breaking that “write what you know” rule, but also, all of these poems are still sneakily about me.

A: I like poetry that’s surreal and silly while still being sophisticated in terms of language and wordplay, so this collection fits that description, as does all of my other work. It’s a new topic that I’m excited to explore, but structurally it’s a continuation and an evolution of work I’ve done before, especially Twenty Five and Whistle Stops.

Q: You seem to build projects, having produced both chapbook-length works and a book-length work, each of which was composed around a specific project. What is it about building manuscript this way that appeals?

A: For me, the hardest part of writing a poem is thinking about a conceit or idea for that poem. Once I have the conceit, everything else can fall into place. Building a project out of a single, expansive conceit means that I really only have to think of one conceit per book rather than one conceit per poem in that book. It’s a method that was born out of convenience, but I’ve found that it also allows me create cohesive projects that explore ideas more thoroughly. It also forces me to choose topics that are meaty enough for a whole book or chapbook, and who doesn’t love a thicc topic?

Q: How did you get to a point where you were composing poems as larger projects?

A: After finishing my first chapbook, Stickup, I noticed that it was basically all the poems that I had written up to that point that I thought were half decent. I knew I wanted my next project to cohere better and to have a more complex through-line. I also knew that I wanted to write books, not just individual poems. My poetry friends were writing books or chapbook length projects, and those were fun to read. I think I was exposed to serial poetry and larger projects, and once I knew those forms were out there, I knew I wanted to play with them.

Q: How do you feel this current project extends the work you’ve produced up to this point? You mention this project connecting to Whistle Stops and Twenty Five; how do you see it connecting to and furthering those projects?

A: Whistle Stops in many ways is a response to critiques of serial poems and the men who wrote them. I don’t think we need to do away with forms or modes of writing because certain proponents of those modes were problematic by today’s standards. If Black Mountain was a boys’ club, then I’m going to infiltrate it.

Never Have I Ever in many ways is a response to critiques of confessional poetry. I’ve been fascinated by the lyric I in poetry, and by fascinated I mean I avoid it at all costs. At least, I have avoided it in the past. Somehow, avoiding the lyric I is the difference between a teenage emo diary and serious, grown-up poetry.

I do think there’s also a gendered component to critiques of confessional poetry (at least, that’s what Lynn Crosbie told me once). When women write about themselves it’s confessional, and when men do it, it’s political. I don’t know if I fully buy that, but it’s something worth considering.

I’ve pushed the confessional and the personal out of my poetry because I wanted to be taken seriously, and it worked for a time, but now I feel like I’ve figured out how to be personal and silly and serious all at the same time. I’ve never done a lot of things. I’ve never done way more things than I have done. If I write about the things I’ve never done I can avoid some of the pitfalls of confessional poetry while still benefiting from its appeal.

A: I am a self-described nosy bitch. It gives me great pleasure to learn intimate details about other people. I think being a nosy bitch is the human condition. I like being in on the secret, even if that secret is published and available on Amazon.

Sharing secrets creates intimacy, which I think is the whole point of the game Never Have I Ever. It’s not really about who gets out first or how many fingers you put down. It’s about facilitating closeness. There’s nothing I love more than a four hour deep chat.

I don’t agree with Wordsworth’s characterization of poetry as “spontaneous overflow of powerful feelings.”  Don’t get me wrong, I love a good cry as much as the next guy— but that’s what Joni Mitchell is for. I’ll cry to music and movies all day long, but I want my poetry sharp and punchy. I want poetry to make me feel something, but not at the expense of linguistic precision. That sounds like I’m throwing shade at Rupi Kaur, and I might be. Ariana’s Reine’s Coeur de Lion is a fantastic example of confessional poetry that’s self-reflexive, precise, and linguistically interesting. Mina Loy’s Love Songs to Joannes is personal and vulnerable while still being a language showcase.

Look, you could say that Whistle Stops is confessional, but it doesn’t announce itself as such. I think that makes a difference in the way readers engage with the work. I’m hoping readers will come to Never Have I Ever for the secrets but stay for the wordplay.

I think a lot of readers might be surprised by all of the things I’ve never done, especially given the sexually explicit content of my previous (and current) work. I always win Never Have I Ever. 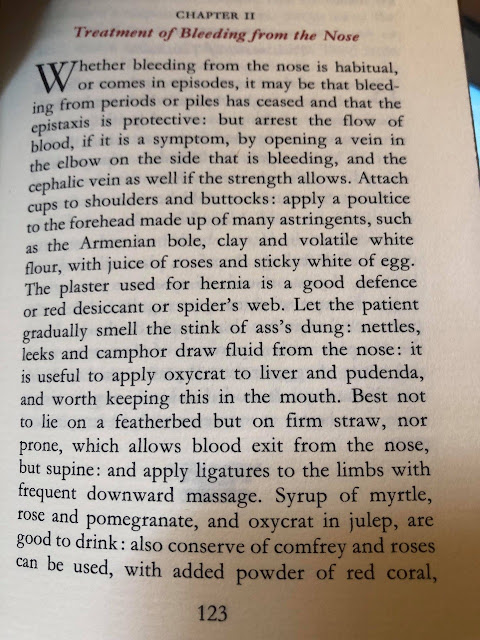 I also find it really helpful to read stuff that is completely outside of my own vocabulary, just to shake things up. Recently, my fiancé, Ariel found this little medical handbook from 1694 at the library. Treatment of bleeding from the nose includes, “Let the patient gradually smell the stink of ass’s dung: nettles, leeks, and camphor draw fluid from the nose: it is useful to apply oxycrat to liver and pudenda, and worth keeping this in the mouth.” 1694 was wild.