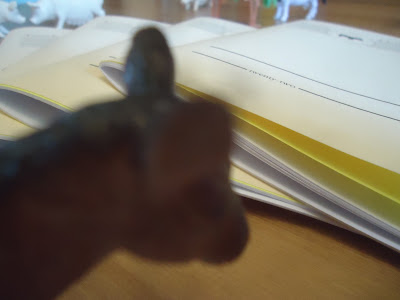 José Felipe Alvergue is a graduate of both the Cal Arts Writing and Buffalo Poetics programs. He is the author of gist : rift : drift : bloom (2015) and precis (2017). José lives and teaches in Wisconsin.

His sequence “riot: Scott, King, Long.” appear in the twenty-second issue of Touch the Donkey.

Q: Tell me about the sequence “riot: Scott, King, Long.”

A: The bigger project, scenery, begins with the premise that all of these sites of national status-as-identity formation have become “scenes.” These scenes include textual scenes, mnemonic scenes, performatic scenes, speculative scenes, etc. I think of “riots” as such scenes as well, given how they live in our cultural consciousness. And “scenes” doesn’t always mean a 2-dimensionality in a bad sense. Merely in the sense of our unpacking. The media life of demonstrations can be emotionally charged, and have long lasting effects on our personal research into who we are in relation to group anger, or the nation state, the police, or place. But there’s no mistaking that unless one is on the ground, we’re getting these scenes through some form of media. In “riot: Scott, King, Long,” I investigate my own conscious awareness of anger, racialization, nation, and action through the Dred Scott decision, the LA Riots, and this photo out of Charlottesville of a man, Corey Long, using an aerosol flame thrower on a white supremacist. My own status as a naturalized citizen is articulated in the Dred Scott decision through the inherent anti-Blackness of premising America’s recognition of “person” in Colonial precedents, and triangulating citizenship against Black being and potentially assimilated beings. The same liberalism is, in fact, established much earlier in Bartolomé de las Casas “In Defense of the Indians.” The LA Riots, for me, bring up a very similar paradigm, where model minoritism played a huge role in how Black anger was mediatized in relation to South Korean American grief and vigilantism. But more than this, there are voices from the LA Riots (including Rodney King’s) that are not asked to weigh-in until much later, after the riots. I include here Kiki Watson and Reginald Denny, in fact. What they say later, in the full volume and dimension of language, about a moment that is compressed into scenery during its happening is really enlightening. And though we don’t have it all yet, I think something similar will come out of the images we have from Charlottesville. That is the speculative aspect of it. Which is why in the book itself I distort the image of Long wielding the flamethrower in defense. That optic distortion of text, I hope, mimics an acoustic speculation, or how it is that acoustics exist in space, bouncing off surfaces, exhausting itself, finding rest in reflection. Of how the acoustic, in poetics, is always an accompaniment to the optic life of language (its own scenery), or the taking it in, the senses and emotions that feel out for language and metabolize it into the thoughts and perspectives that once embossed on our surfaces somehow stand for who we “are” to others.

A: I’ve committed more fully into the “document,” or using documents as sources for poetics. A couple of things inform this. I was reading this piece on the Demise of the Nation State by Rana Dasgupta about a year ago, where he cites the inability of “information” to cohere the disparate attributes we previously called “the nation.” And it struck me the extent to which documents work within that network of “information,” and that there must be something latent or explicit in the document worth cross examining against a mode of language resistant to the kind of surface texture, of permanence, “nation” in this paradigm is meant to stand for. But it also seems like a lot of my friends right now are talking about sound and acoustics. And in fact I can remember a really long time ago I actually talked about the “sound of democracy” in a job interview that I don’t think went very far. But my friend, poet, and bookmaker Andrew Rippeon has really been working on the poetics of sound in fascinating ways, including textually material ways, and intellectually, ways that account for able-diversities and thus unsettle conclusions on who makes-listens. I was also at a reading recently where the poet Nick Gulig was talking about his book ORIENT coming together, and hearing him describe listening/watching/reading information, or the news, made him aware of “static” and how we’re all producing “static.” This got me thinking about the cross overs I’m working with in scenery––image, text/document, sound, speculation. But also resolved my commitment to the document in a more current project, asylum : after nation, where I’m textually building a border wall out of found sound/document, which begins to topple in the emergence of static, or acoustic processes that signal the death of cohesive nationality, but nonetheless do cohere in another fashion. I think this particular piece, “riot,” signals the beginning of my full on commitment to this building a poetics out of the facticity of the document that measures out the senescence in the organism that has for so long relied on documents upholding some sort exceptionalism, or supremacy, or dictated power.

I suppose technically speaking, it also signals my preference to work––compose, revise, edit, arrange––in Illustrator. This might seem silly, but I do think the artboard right now, for me, is like a type base. It’s more like a letter press to me than a ‘canvas’ because of how text must still be “set” in it, even if along vectors. It’s become more intuitive for me to move from the acts of reading, or note taking, or scribbling, to Illustrator than to anything else, like Word for instance. I think we have to talk about these technologies, because a lot of things change in terms of how we frame “intentionality” or meaning, or quite simply the ocular performances of reading when technologies begin to confront one another, but are otherwise merged without affair in the preference to just seeing the world as “information” or as cohesion.

Q: How did you get to this point in your work? What brought you to putting together manuscripts as such expansive projects? Or is manuscript even the wrong word for your potential end-point?

A: I think I’ve always been trying to accommodate the “expanse”––I think maybe I’m just now starting to get an idea of the arc an expanse can take, to function as something like a manuscript. But I’ve always been drawn to work that… you put it down, and it’s down, meaning “it” as the particular book or whatever. Finality in other words. But you pick up something else by the same writer and it's new, and at the same time you’re back to where you were, in terms of your own thinking. Your thinking while you read. So maybe I can see “arc” better now, there’s methods for composing that let me see it all at once, like I mentioned before about Illustrator, and I’ve just encountered more and more work that excites me into trying more stuff. I’m thinking really specifically here of Myung Mi Kim for instance.

Q: What is it about Myung Mi Kim’s work that strikes, specifically? And what is her work prompting?

A: Maybe just generally, we are historical beings and are existentially aware. This is a condition poetry is built for. What it means to say “historical being” or “historical subject,” that’s something Myung’s work has always spoken to me on. The room the work spares for leaving that shoreline I guess, that’s something the textuality of the work that also really appeals to me. Atticus Finch put out a chapbook excerpt from her Penury that still just makes me marvel at how expansive poetry is. Commons still does this to me too.

Q: Given you are working, in part, with the document, what do you feel working in poetry and poetics allows that wouldn’t be possible through other forms, whether literary prose, visual art or non-fiction?

A: I think in some ways all of these genres could/sometimes do transcend expected sites of language. Russian Avant Gardists called it “factography.” Maybe what poetics allows for, more fully, is relation. Fred Moten would probably call this an aesthetic “wandering.” I think in work like Divya Victor’s it makes me think of “resemblances.” Craig Santos Perez’s work, which is full on docupoetics, engages the principle/practice of incorporation/unincorporation via the document, and this then resonates with the historical politics of territory and national status his work has us consider. I guess that’s the thing also, if the poetic voice, if lyric, functions via the expectation of voice, and initiates the consequence(s) of recognition as such, then the document is the architecture within which voice must always be an acoustic reality. It’s the walls and others against which voice, in the abstract, must always reverberate in its being actual. Because in other genres, except maybe non-fiction, wherein a lot of creative non-fiction maybe dances a bit closer to lyric nowadays, the document might be in service of the contained narrative, in poetry the consequence remains more embodied in the relationship of voice-witness. I should also add that scenery, where “riot” comes from, really gets into a lot of memoir for me, probably for the first time ever. The particular documents I engage with open that door for me.

Q: With two full-length collections under your belt, as well as your current work-in-progress, how do you feel your work has developed? Where do you see your work headed?

A: I think I’m becoming more comfortable in a question based, or problem based poetics, where each book is a sustained meditation of sorts. I used to worry that this model doesn’t really accommodate itself to publishing, including journals, but I’m finding that there’s always a place for different poetries. I’m developing along the lines of this awareness and enjoyment of community I suppose. It’s funny because when I work with students there’s still in them an anxiety over publishing as an industry/profession, and this idea that it’s monolithic. I think a lot of faculty in the “professionalization” of writing are guilty in proliferating this myth. Even at my own institution I don’t think the “creative writers” consider what I do as “writing”––at least not all of them as a group. But I see myself continuing to engage poetics in this way of a question. There are other projects I still want to work on that might turn out differently, like this work I’ve been playing with on the arrival of African music to the Gulf Coast of México, from the Yucatán Peninsula to Veracruz. Who knows what that will be like. I also want to get my hands on a letter press and start doing more handmade things as well. Andrew Rippeon and I, Andrew is at Dickinson right now and is an amazing printmaker and bookmaker, we are going to start working on a small run hand made book soon and I’m excited about that.

A: I picked up a copy of Hugo García Manríquez’s Los Materiales a while ago and that helped reenergize me a bit. I also like reading Hanif Abdurraqib. He has a new book, a “love letter,” to A Tribe Called Quest. I’ve been enjoying reading it. Though most of what I read, honestly, are children’s books! I think in terms of thinking of writing and reading (which is kind of like listening), it’s music that often affects how I’m working––literally what I’m doing on the page. Juana Molina and Violetta Parra have been two axes for this project in particular.