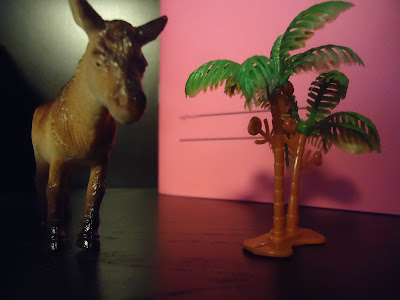 Allison Cardon is a Ph.D. candidate at SUNY Buffalo and edits P-Queue. She has published work in Gramma, Full-Stop, and Jacket2. Her chapbook What was the sign you gave (a selection) recently appeared through above/ground press.

Her poems “from What was the sign you gave” appears in the eighteenth issue of Touch the Donkey.

Q: Tell me about “from What was the sign you gave.”

A: This series is examining questions, “the question,” or, what it means to ask questions specifically in the pursuit of something like justice, remedy, or amelioration. Of course, language is never neutral, but this is thinking in particular about how and why questions, especially questions as performed in classically liberal spaces, have gotten this rap for being innocent, benign, harmless, or perhaps just smart, or insightful, etc, and pushing against that frame.

What was the sign you gave begins from the position that questions, no matter how “open,” organize and hierarchize speaker and addressee. Interrogations can be violent—invasions. There is what Barthes calls “the terror of the question.” Sometimes a question does nothing so much as aggrandize the speaker. At the same time, there are good questions and bad ones, and good ones can release speaker and addressee from the paradigm that has defined them up to the point of the question. I was interested in thinking about these ideas though a couple of different scenes of interrogation—the first, Joan of Arc’s trials, in which it really doesn't matter how she answers the questions the judges put to her because the judges will only understand her answers as evidence of the charges they hold against her. The other is Hannah Arendt's reporting on the Eichmann trial, where she’s concerned that questions are put to him in the service of a colonial project and, further, that these questions allow the spectators to obfuscate their complicity in the atrocities for which Eichmann was condemned. The questions they asked allowed the court to condemn him as a monster rather than as the very human product of the humanist projects that have underwritten the horrific expansion of global, colonial capitalism, the bureaucratic technologies of genocide, etc. In each of these trials, the questions miss everything that's important about the situation because the interrogators need to assert a certain reality.

A: Well, my dissertation is looking at rights discourse in the eighteenth century, which is another intersection between the legal and the political. There I’m looking at grievance as a narrative project, thinking about how grievance marks political conflict and then also the ways that the legal relies on narrative in order to contain or suppress that conflict. I’d say both projects are also related by their interests in figures—people and characters—who are not supposed to be able to think and speak in a language that anyone can understand, the conditions of their intelligibility and the costs of that intelligibility.

The other more poetry-type projects that I’m working on are asking similar questions about intelligibility as a threshold. One that’s been stewing for a long time is a rewriting of Othello in which everyone knows what’s going on around them but carry on with the plot anyway. So the question there is about what happens when the discourses that in some senses determine characters actions are intelligible to the characters themselves. What is it that they know and how does that recode the action or plot of the play?

Q: Have you any models, contemporary or otherwise, for this kind of work? Who have you been reading?

Q: How did such a project first emerge? And what is it about working through some of these concerns through poetry that might not be possible through another form?

A: Originally, this piece was going to be about how conversation organizes the space in which it occurs. So, not just “you” and “me,” but also yours and mine, “us,” “not-us,” the way one person can set the terms of the conversation and thereby delimit the possible. That wasn’t really working but, because I really like working with dialogue, I started working with material from dialogic thinkers.

With this project, I always think of how Stein is like “why do you need a question mark? everyone already knows you’re asking a question.” I’m sort of playing with that idea, and I think that being able to break up and distend these questions, isolate them into their constituent parts, is necessary in order to really see just what we can know from the question being asked. If it is a question, what is it really asking? Demanding? I mean, the whole point with the Joan of Arc questions is that the priests who are interrogating her don’t really want an answer, they don’t care what she says and they just don’t get it. And they think she doesn’t get what they’re asking. Except that, really, everybody does, they all know that this interrogation is performative in the sense that they are ensuring that Joan is guilty, ensuring in both transitive and intransitive senses. Arendt is arguing that something similar is going on with the Eichmann trial as well. So really getting at how these questions are working, I think, it shouldn’t go the route of explanation, proliferating language around how these questions are doing so much. It has to go the route of distillation, concentration, to see what’s going on with them internally, between phrases, words, phonemes. So, poetry.

Q: You’re currently in the midst of SUNY Buffalo, one of the better known North American writing centres, as well as editor of the annual P-QUEUE. How has your time in Buffalo helped shaped your writing, and your poetics?

A: Honestly, I’m not sure I had “a poetics” before I arrived here. There were tendencies I had and ideas I was attracted to but I’m not sure I really had an idea of what there was to do, what I could do. What’s amazing about the poetics program is that it’s not really about “your poetry” (“you” in the generic sense) but more about what poetry does and is doing and figuring out how to contribute to it. Like any critical practice, it’s been an opportunity to identify the conversations I want to participate in. This was also huge relief for me as it took the pressure off of being a poet and made it more about doing things, figuring out stakes. Myung Mi Kim and Judith Goldman are both incredible poets, but through the program I’ve come to know them as thinkers. Poetry has become a mode of inquiry for me, a mode that demands political and intellectual rigor. Equally important has been the fact that a huge part of the program are the readings, so I’ve had the opportunity to meet tons of poets here who are making urgent, critical poetry, and talking with them is always challenging, productive, and humbling. I usually leave these readings with the sense of not having anything at all to add and also really feeling the need to revisit or respond at the same time. That’s a good place for me to think from.

Q: How does one move forward without being intimidated? And how do you see yourself attempting to move forward after you leave?

A: Oh, man. I guess maybe it’s less about not being intimidated than about recognizing the sense of intimidation as a form of engagement? Like, if I’m intimidated, that means I feel some relationship to what’s happening, which could lead to something worth thinking about. I dunno, I do think it’s a good idea to do the thing that scares you. You know? That means there’s something there.

As far as moving forward after this program, oof. It’s the whole job rigamarole. In any case, I’ll be looking for ways to sustain the kind of work that being here simultaneously makes possible (in terms of ideas and resources) and impossible (in terms of work load) at the same time. Also, this project on Othello that I think can handle a lot of work in different genres and which I’ll probably work into the ground.

Q: Has your work on P-QUEUE had any effect on your work? Does it exist as separate from your writing, or do you see it as part of your overall writing practice?

A: Definitely as a part of my overall practice insofar as it requires curation and explanation. Also, I like writing the editor’s note a lot because it really forces me to take stock of connections and departures—that’s always easier when you’re looking at others’ work. Even if my own poetry doesn’t necessarily read as conversational, I do think about it as dialogic; P-QUEUE is nothing if not a dialogue, putting the contributors’ work in conversation with each other.