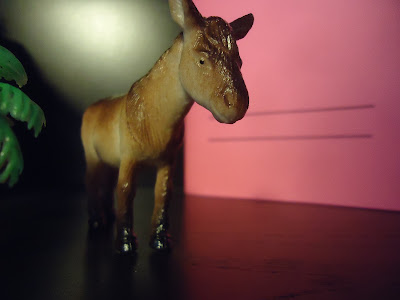 Dani Spinosa is a poet of digital and print media, an on-again-off-again precarious professor, the Managing Editor of the Electronic Literature Directory, and a co-founding editor of Gap Riot Press. Her first chapbook, Glosas for Tired Eyes, was published in 2017 with No Press, and her second, Glosa for Tired Eyes 2, appeared in 2018 with above/ground press. Her first scholarly manuscript, Anarchists in the Academy: Machines and Free Readers in Experimental Poetry, appeared recently from University of Alberta Press (Spring 2018).

A: So, these poems are what I call vispo glosas, where I have altered the glosa form to suit visual, and particularly typewriter concrete poetry. I take four “lines” (loosely interpreted) from a visual poem, and I build a “forty line” poem around those four lines, usually in the four ten-line stanza format of the traditional glosa.

For the poem from Mirella Bentivoglio, the beautiful Italian artist, poet, and sculptor, I chose four lines from her “Untitled (Amore),” already in the beautiful red ink, and built a forty-line glosa around those lines playing with the grid and my very flimsy grasp on the Italian language. Similarly, the poem from Ruth Wolf-Rehfeldt takes four lines from one of the German poet’s “typewritings” and constructs a digitally-altered typewriter poem. The poem from Franz Mon literally subtracts numbered elements from one of Mon’s typewriter art pieces, and the poem from Nico Vassilakis separates one of his visual poems into four “stanzas.” Neither of these poems was ever reproduced on my own typewriter.

Finally, the poem from Eric Schmaltz takes from Schmaltz’s series, “Technical Babble (after Steven Shearer)” that was presented at the =SUM THINGS group show from the University of Waterloo Critical Media Lab, where I also had a digital installation. Schmaltz’s series borrows terminology from Amazon reviews of writing and printing technology. I extracted four lines from the piece and reproduced them on my typewriter, filling the other nine lines of each glosa stanza with words that matched Schmaltz’s in the number of letters, all of which were taken from the original manual of the typewriter on which I was writing (which, incidentally, Schmaltz sent me when he shared a digital archive of typewriter manuals). The piece became one of my favourites from my series of vispo glosas, tracing the way that our language around writing technology has evolved as we moved from typewriter to word processor to printer and beyond. It is also deeply collaborative, and brings to the fore the ways that Schmaltz has supported my writing (and the writing of many other young-ish writers today). Schmaltz’s series will appear in his forthcoming collection, Surfaces, coming out with Invisible Press in 2018.

Q: Part of what appeals about these poems is the way in which you are using the form to explore your understandings of each poet’s work, and building upon it. How did these pieces first emerge, and how did you decide on the glosa as your form? What do you feel the form allows that other forms might not?

A: To be frank, I started writing vispo glosas because almost every time I showed another male poet one of my typewriter poems, they recommended that I read another (usually male) visual poet. I chose the glosa form to mitigate these responses, laying bare that I had indeed already read broadly in the field and also to trace the derivative and collaborative nature of visual poetics. The glosa makes this derivation obvious. It also helps me to bring female visual poets like Bentivoglio and Wolf-Rehfeldt into the conversation because they are so often left out of these discussions.

Q: Impressive. I know of Judith Copithorne’s work (jwcurry has long been one of her fiercest champions), but not the other two. How does this work compare to some of the other work you’ve been doing lately?

A: The glosas took over. I used to write the occasional lyric-style poem here and there, but I struggled to find a voice and I always felt a discomfort with the level of authority I had over a reader with that kind of authorship. Now, I pretty much only write these little glosas. The glosas have also made me a better book designer; I came into this form as I was setting up Gap Riot Press with Kate Siklosi, so the design elements of both the press and the poems are really feeding off each other.

Q: How did working your glosas make you a better book designer?

A: Well, I got a crash course in Photoshop. But I also started thinking about how the words looked on the page. I started imagining how extracting these “lines” from their contexts allowed me to alter the original images substantially. And I realized that I too often thought about meaning without thinking about the visual elements of form. Now when we receive a submission at Gap Riot, the first thing I think is: how will this page LOOK.

Q: How long have you been working this form, and how far do you see yourself working within it? Do you see anything beyond it yet, or are you still deep inside? Are you working on any other types of writing alongside?

A: I started about a year ago. I still have the post it note I left for myself that says: “why not a vispo glosa”? And I am still deep inside the glosa cave. I don’t write anything but glosas now, and feedback for student essays. I am sure that one day I will get bored of them, but as long as there are new visual poems for me to read, I suspect I will be making glosas out of them.

Q: How many have you completed so far? Are you aiming, also, for a single piece per subject/poet, or are you working multiple pieces from the same authorial source?

A: I have around 50 of them right now. So far, I am only doing one per author because the process encourages me to find poems and poets I have not encountered yet. But, when I have the time, I would love to do a series on some of my favourite poets. I am also toying with how to do a series on Judith Copithorne, because her work uses so much handwriting. One day.

Q: Okay, I am enormously excited about the thought of that. So, finally, who do you read to reenergize your own work? What particular works can’t you help but return to?

A: Right now I am reading and rereading Canisia Lubrin’s Voodoo Hypothesis. I love the way she uses line breaks both in terms of the aural and the visual effects. But, what I always return to, no matter what, is John Cage’s “62 Mesostics Re Merce Cunningham.” They have everything: ridiculous nonce words, fancy Letraset, secret love messages, anarchist queer politics, and they are pretty pictures! I suspect I have “read” these mesostics once a week since they were first introduced to me (in Andy Weaver’s course) and that was nearly a decade ago.