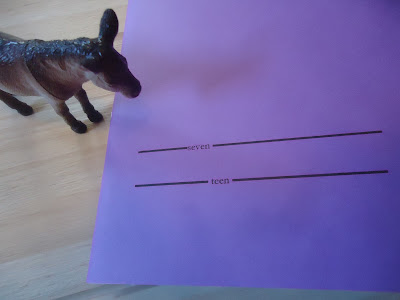 Dale Smith is a poet and critic who lives in Toronto, Ontario, where he serves on the faculty of English at Ryerson University.

His poem “from April Ontario” appears in the seventeenth issue of Touch the Donkey.

Q: Tell me about the poem “from April Ontario.”

A: It’s a follow up to a question-based group of poems I wrote in 2005 called Notes No Answer (Habenicht Press). I like the form of the short question as an organizing principle of the poetic line and stanza. Poetic questions give me room to expand into a range of concerns, particularly, in this instance, looking at time, the experience of temporal duration in both consciousness and the body, and to consider the origin of image-making and language in the deep past of human history. I also look forward from that past to the extinction of life forms we hear about so often. The Bramble Cay melomys, for example, is a kind of rat in Australia that disappeared completely in 2007.

Q: How does the title relate to the activity of the poem?

A: I only sent you a selection of April Ontario. I see it as a kind of poem-essay. Besides cave art and Werner Herzog’s film Cave of Forgotten Dreams, the poem is framed around a walk to a park in Toronto with my sons, Keaton and Waylon. Keaton was anxious on our walk because it seemed so suddenly warm for the time of year. He worries about weather catastrophe. He’s sensitive and reasonably aware of his world. So the poem is a place for me to think through my response to him. But yes, literally, the title refers to time and place, the temporal and geographic coordinates of our conversation.

Q: You’ve been in Toronto for a few years now, after having spent more than a dozen years in Texas. With the geographic shift, have you noticed any corresponding structural shifts in your writing?

A: My writing has always acknowledged specific geographic settings. The morphology of the landscape has changed as I have moved from Texas to California to Ontario, and I’ve tried to remain alert to these various realities. I’ve had to learn to see new trees and birds, get to know new ecosystems and variations in those systems according to where I may be looking—whether in the city or the country. The main difference I notice is the verticality of Ontario—the way trees direct attention within smaller confines than, say, Texas, where the sky’s horizontal expanse produces a very different experience of perception.

Q: You’ve already mentioned Notes No Answer, but how does this current project relate to some of the other work you’ve been doing?

A: I’ve worked with the serial form for quite some time. I like the accumulating stanzas and the pathways they open for wandering around in. Thematically, I think for a long time my writing has been informed by the collision of the domestic within larger social, political, and historical frames of reference. And by “social” I only mean to imply a kind of connectivity to people and things. I think more recently I’ve become concerned with the function and feeling—the experience—of time. Or of my sense of inhabiting it both physically and imaginatively. So that’s different. That’s a new thing. And I’m also curious about how other non-human creatures and plants are absorbed into time and how it interacts with my own processes of awareness.

Q: How did you develop your interest in the serial poem, and what do you feel the form allows you to accomplish that you wouldn’t be able to otherwise? And is there even such a thing, in your mind, as the single, stand-alone poem?

A: The formal possibilities of seriality in poetry were advanced after the second world war. It’s a form I like because I’m interested in poems and essays, in poems as essays. Seriality for me allows the kind of open rambling of the essay to take place in the realm of poetry. I don’t think, actually, there’s much difference between the essay and the poem other than a kind of attitude toward language.

As to the second part of your question, I’m not sure anything stands alone—especially a poem. Thematic echoes, syllabic correspondences, intertextual coherences, and other attributes seem always to radiate between poems across time and geographies. Today is the first of May and I’ve been thinking of how Robert Herrick sounds the greeny month in his poem, “Corinna’s going a Maying.” A poem like that seems almost a kind of foliage interlaced into the landscape of English going back to Chaucer and forward to Ed Dorn’s tender, mournful Sousa, where he invokes “the only May Day / of my mind.”

Q: After a handful of poetry and critical titles over the past two decades or so, how do you feel your work has developed? Where do you see your work headed?

A:  I’m not sure where my work is headed. I follow it; it doesn’t follow me. What’s interesting is to see how the work’s movements retain a kind of coherence over those decades. I like to use poetry to think about environments of history and family. I’m not a writer who seeks the highly-wrought, the formally perfect gesture. I use the process of writing to create spaces of arrival.

A: I frequently return to Robert Duncan, Charles Olson, and the world of writing they helped shape—Robin Blaser, Fred Wah in Canada—Susan Howe and Alice Notley in the States. Joanne Kyger passed away last month, and I’ve been thinking daily of her work and everything it has meant to me for so long.

I think recently its Blues Modernism I find most sustaining—Blind Willie Johnson, Robert Johnson, John Lee Hooker. Their work is a mountain—a thicket. I hear in it an America of fragment and desire. It’s important for me to listen to that music and its inflections from both sides of the Second World War. How do we recognize the profound failure accompanying experiences rooted and soiled in North America?

I also find immense joy in the mostly anonymous ballads and lyrics of the Middle Ages. A poem like “Sing, Cuckoo” is so perfect. A voice, a song, reaching through time. I’m interested in the body of feeling behind such a work—how that body of feeling found shape in Middle English. How my ears receive it now.