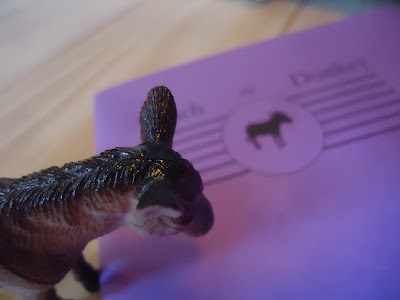 Suzanne Wise is the author of the poetry collection The Kingdom of the Subjunctive (Alice James Books) and the chapbooks The Blur Model (Belladonna Books) and Talking Cure (Red Glass Books).

A: These poems grew out of traveling to and from a writing studio in Brooklyn that I shared with fiction writer Matt Sharpe for a while. I’d work in it on the weekends and he would be there during the week. I was stalled out on a number of projects and isolated in my work. I consciously tried to move my attention outward from that insularity, and I began to take notes on my commute and my surroundings. Then I found a book in the closet of the studio about architectural theory, which I didn’t exactly read but became a browsed source for language and images, heightening my awareness of built environments.  I gathered these bits together in a series of poems that address Space—linguistic, urban, architectural, intergalactic. Space became a sort of god that I turned to—often indifferent or oblique, but a force that connected me to other human beings and beyond.

Q: How do these pieces differ from some of the other work you’ve been doing lately?

A: The Space poems take on the form of emphatic direct address to an entity that is clearly outside the self (way outside), unlike my other recent poems in which the speaker is more or less talking to herself or eavesdropping on other people. The Space poems also range around, collaging different landscapes, busting up the idea of isolation from others. Meanwhile, other poems that inhabit the same manuscript (or what I believe is the same manuscript) are claustrophobically locked in. Sometimes literally. (For example, the speaker often crops up in an ominous No-Exit waiting room or a hideous social space like a convention hall.)

Q: What is your process of constructing a full-length manuscript? Is the process of putting this manuscript together much different than when you built your first?

A: My process is a wandering one. I seem to heave out a clump of work—a bunch of poems—that is clearly related.  Sometimes it is a series like these Space poems and eventually the series expires. Then I heave out other clumps that might seem unrelated at first glance but I try to stay alert to possible connections. If I see some, then I build bridges—writing new poems, torqueing certain poems to bend toward its compadres. Though sometimes those other clumps need to go in other manuscripts or into the ether. . .  it can take some time to discern. That has been my experience with my first book manuscript and with the others I am working on.

Q: With two chapbooks and a trade collection over the past decade or so, how do you feel your work has developed? Where do you see your work headed?

A: I didn’t consciously try to construct chapbooks. My two chapbooks were extracted from larger manuscripts and came about because I was asked for work by the editors of the respective presses—Rachel Levitsky at Belladonna and Janet Kaplan of Red Glass Books. Rachel had heard me read from a prose work in progress and wanted to publish some of it, and Janet knew my first book. I think I incline generally ultimately toward a full-length collection, with ideas that sprawl even as my thematically-related poems seem to arrive in clumps, and some work is required to build the bridges between the clumps. In answer to your question: Does it matter? In an egoic way, I confess I’d like to take up more room on the shelf, but I think my best self would just want to find the appropriate container (length) for the given set of ideas.

Q: Who have some of your models been for your work so far? What writers or works are you thinking of when you are constructing a work?

A: I love a wide range of poets and poetries but I think, as regards models for my work, it depends on the project. This question makes me think I should think more about what other people are doing when I am constructing a work! I am aware that these days I am drawn to books that are concept-based but are not strict within the confines of the concept—those that don’t mind a little mess, looseness, diverse forms, and even mixtures of genres. . . . Books by Kathy Ossip, Renee Gladman, Anne Carson, Kate Greenstreet, Shane McCrae, Claudia Rankine, Matthea Harvey, C.A. Conrad, Bhanu Kapil, Monica de la Torre, Sarah Messer.

A: The folks I return to for re-energizing tend to be women writers—although not exclusively—who have over many years taken liberties with form and have generally brought together formal daring-do with personal risk and political/social engagement. Who are, in the words of Alice Notley, “disobedient,” They would include many of the aforementioned writers plus such luminaries as Eileen Myles, Harreyette Mullen, Alice Notley, Fanny Howe, and Alice Fulton, among others.

I have also been recently re-energized by Lisa Sewell’s poems on reading/literature as a portal to personal and political upheaval; Josh Weiner’s darkly hilarious anti-Trump poems; Christine Hume’s lyric essays on  gender violence; Anne Boyer’s lyric essays that critique capitalism, meritocracy, and the pathologizing of illness; Hafizah Geter’s poetry of witness, examining racism and immigration experience; and Lauren Clark’s poems of grief, trauma, love, and queerness in 21st Century America. Re-energizing seems to come with new discoveries each week, so ask me again next week and I would have more to add to the list. A testiment to the richness of contemporary poetry now!