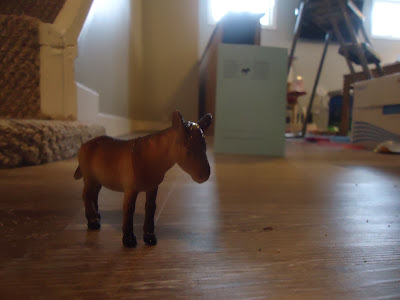 Sacha Archer is an ESL instructor, childcare provider, writer, and visual artist, as well as being the editor of Simulacrum Press (simulacrumpress.ca). His work has appeared in journals such as filling Station, h&, illiterature, NōD, Timglaset, UTSANGA, Matrix, Word for/Word and Otoliths. Archer’s first full-length collection of poetry, Detour, was recently published by gradient books (2017), followed by Zoning Cycle (Simulacrum Press, 2017). His most recent chapbooks are, The Insistence of Momentum (The Blasted Tree, 2017), and upROUTE (above/ground press, 2017). He has a chapbook of visual poems forthcoming from Inspiritus Press entitled TSK oomph. He reviews, interviews and writes what he pleases at sachaarcher.wordpress.com. Archer lives in Burlington, Ontario.

An excerpt from his work-in-progress “Sites of Contemporary Meat” appears in the sixteenth issue of Touch the Donkey.

Q: Tell me about “Sites of Contemporary Meat.”

A: The first seeds of Sites was my project The Complete True Biographies of Artists and Writers. In that project, which I am concurrently publishing in journals (I have a pretty big backlog), I first began my investigation into the biography and the distorted idea of the artist apart from the civilian. Biographies, presenting the information which is the most intense, entertaining, and relevant to the careers of the subjects, in my opinion and experience, lead the reader away from a knowledge of person as presence by focusing on the aspect of story (which, of course, is much more interesting). So, in The Complete True Biographies I attempt to counter the mythic aura, aura of fame, of the artist by attributing brief quotidian micro episodes to the artists/writers I included--episodes which could and, in most cases, likely do happen to everyone, i.e. tying one's shoes.

In Sites of Contemporary Meat, I wrestle with some of the same themes, this time looking at the poet’s bio which accompanies their work in publications. The writer’s bio is a strange animal. An advertisement, definitely a form, a very small window into an individual's life—a communication which both gives and does not. How each writer tackles the form of the writer bio reveals something of their personality. The information one decides to include can be revealing, or not revealing at all. What is there of person in the writer’s business-card-BIOGRAPHY? What is left when the information which makes it an advertisement is redacted? So, it is an erasure work, in a sense. Personal names, titles of publications, names of publishers, etc. are redacted—and replaced by (in most cases) [name redacted]. Interestingly, this comes to unify the biographies, which have only so much to give in the first place. Where one person stops and another begins becomes blurred, and this text of holes produces a music of absent information, [name redacted] repeated until it burns itself into your dreams.

A: Well... my first impulse is to say that it doesn’t. Of course, as I just mentioned, The Complete Biographies is related thematically; they are sister projects. But, the majority of The Complete Biographies was composed in 2013. For the past three years I’ve found myself pretty steeped in visual poetry, especially where it works hand in hand with conceptualism—so, this is a break from that route. I guess Sites relates, at least formally, to a number of shelved projects. One is an erasure work. I used the prisoner’s constraint while reading through a fairly dated children’s book on Jumbo (Dumbo) the elephant. Any word which broke from the prison’s constraint was erased, leaving that constraint satisfied. Also, there is a huge project I have abandoned and restarted numerous times (currently abandoned) in which I replace each word in James Joyce’s Chamber Music with their dictionary definitions. This project relates both in the mass of text and the employment of plagiarism as a literary technique.

Q: You speak of working on multiple projects at any given time. Is this how you normally work? How do you keep each project straight, and how, if at all, does each project interact with each other?

A: Projects flair up and die down; one takes prominence while another recedes. I find it fairly easy to keep track of multiple works in progress, but to aid me, just in case, I have three large sheets of paper hanging on the wall of my kitchen acting as an open notebook. I take notes on themes and developments and further ideas. I have a number of pretty clear cut concerns which my projects return to, as I see it now. Though, of course, there is much which I am unconscious of, which I cannot map. Each project encourages the other, not so much in relation to subject, but perhaps just as an index of quality. The projects can differ, and usually do, greatly. A visual poetic project floating half-finished while I focus on a conceptual text, while at the back of my mind an unfinished project (which doesn't know what it is) continues to assert itself with questions as to attention and possible avenues of execution. The holes which persist in unfinished work might end up being informed by projects that come to the forefront. Usually I have a very clear idea of how a project is to be executed. I don’t really have to compartmentalize each individual one in order to retain my understanding of them. Each project is a clear cut path, and it’s in the doing, the actual work, where the thinking happens.

A: My work has been increasingly focused on the visual. Vispo is not my main concern in poetry, but for some reason that is what I have been producing. Certain curiosities, I suppose, have led me into investigations into what visual poetry is and can be. I enjoy testing the limits of forms. I have a couple visual poetry projects which I have finished, and for both projects I have continued a train of thought concerning reduction and a focus on materiality which have led to or are leading to further projects directly related to those recently finished works. It seems like I have a number of projects that will become triptychs (consciously using the visual term, rather than trilogy).

Where I have been producing work that is not visual, again, it is the testing of formal limits. My recently released work Zoning Cycle which I published through my new small press Simulacrum Press, is a conceptual work which locates the words of the poem not on the page, but directs the reader to the world outside, the speech of us, as it happens. I don’t know where my work is headed. I have a vision, but it is a vague one, one which is unveiled with time—which is very exciting.

Q: I’m curious about your influences; what works or authors have influenced the shapes of your current work? What or who are you thinking of when you’re attempting to craft new poetry?

A: That’s a rather long list... but seminal moments in my life in art are: Listening to Bells by Albert Ayler (I couldn’t make sense of what I was hearing so I listened and listened and listened until -POP- I got it). This particular moment in music was a threshold I crossed where art, for myself, became no longer necessarily an engagement with compassion/ empathy/ enjoyment, and was re-positioned as a pedagogical method where one engaged with new modes of being (in space, in the body). Later... Jake Kennedy gave me a copy of Andre Breton and Philippe Soupault’s The Magnetic Fields (I couldn’t get over this book for a long time). Then found Rimbaud. Then Gertrude Stein (read and read and read till red). William Burroughs’ Naked Lunch. Yoko Ono’s Grapefruit. Duchamp, Cage, Sun Ra........ Oulipo, Situationism........ the concept of psychogeography..... Robert Grenier’s Sentences and Cambridge M’ass.... Anne Carson’s If Not, Winter, and her sumptuous VOX. The list, of course, goes on....

It is very difficult for me to explain, not the thought process, but the process of becoming, which leads to a work. I have a feeling of a place that I am moving toward, and either the work that I take up confirms my proximity to, or my remoteness from, that place. I will likely never get to that place, the arena of the actual.

I think sometimes it is just a series of misunderstandings. Take Artaud’s scream. This was a method of deterritorialization, for him. But, from here where I stand, each time, the scream was a poem. Of course, a knowledge of performance art aids in that laconic misreading of a gesture. But... what were we speaking about?

Q: You mention fragments and misreadings; what do you feel they allow in or for your work that might not have been possible otherwise? What is it about the structures of accident that appeals?

A: How one reads. Do I read well? What does that mean? I am always envious when I read erudite analysis of art work. It seems so far from me, even now as I assert myself at the center of creation (in my own little world). If I am creative, it is that I steal very badly. I read, observe, listen, and come to understand a concept—one which may very well be quite off the mark—(but what of that?) and sometimes I act on that understanding, or misunderstanding. This is so common, it is the subjective experience of art. In the end, I usually find that a misreading of a work is a subconscious assertion of my creative desire which modifies, sometimes so far as to make it unrecognizable, the work or works at hand. So, Artaud’s scream was not a poem, but that’s not to say it shouldn’t be. I continually see artists manufacturing the lineage of their practice. Visual poets are prolific manufacturers of lineage. They will draw from every corner—and rarely were the sources they pull into their wake ever intended as part of any literary lineage.

As to accident, I tend to agree with Pollock’s There is no accident.

Q: If you are only creative in that you “steal very badly,” what is your take on “uncreative writing” (as Kenneth Goldsmith calls it)?

A: It’s just another mode of composition. It takes the root of influence and exposes it. I have been heavily influenced by the work of Goldsmith and other conceptualist writers. I love the effect of such work as his Soliloquy, for instance, or some works by Rob Fitterman. I have no issue with plagiarist techniques. They are boldly so, and they are not passing as something else. The effect they have on me (this is a general description) is to push me as far away as possible from the notion of poetry, push me far enough away that I can recognize it re-energized. I’ve come across this also with early works of Bernadette Mayer and recently, David Anton. People who didn’t/don’t need poetry to be poetic (at least in any traditional sense) and who arrived at a poetry which is alive.

Some uncreative writing leaves me wanting. Of course, that is to be expected, isn’t it? But I believe that it isn’t, or needn’t be, as boring as it is said to be. If you hear Kenneth Goldsmith reading The Weather, he reads it well, it is a performance, and the audience responds to it, they are engaged by the performance, they laugh (not at) and are really listening. That’s more than can be said for most readings. Some of the conceptual work I have published is very dead and boring on the page—but performed, it opens a latent energy its holes leave room for: how does one read this? It can be given this way, and this way is wonderful.

Q: You might have answered much of this already, but who do you read to reenergize your own work? What particular works can’t you help but return to?