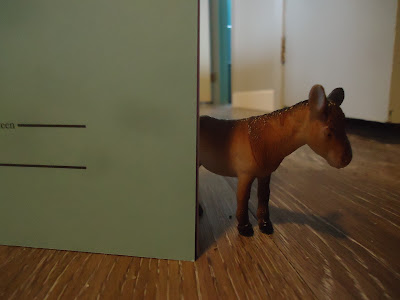 Anthony Etherin is a UK-based writer of constrained, formal and experimental poetry. His poems have appeared online in The Account, Cordite Poetry Review and Nagari, among others, and he has had leaflets or chapbooks published by No Press, Spacecraft Press, Timglaset, and The Blasted Tree. He runs Penteract Press, a small press publishing poetry with an emphasis on structure. Find him on twitter, @Anthony_Etherin, and via anthonyetherin.wordpress.com.

His poems “Dracula (Palindrome-Sonnet)” and “Frankenstein (Anagram-Sonnet)” appear in the sixteenth issue of Touch the Donkey.

Q: Tell me about the poems “Dracula (Palindrome-Sonnet)” and “Frankenstein (Anagram-Sonnet).”

A: Over the last few years, I’ve experimented with a variety of styles of anagrammatic and palindromic poetry. Combining these constraints with the sonnet form is a particular favourite—its metrical and formal requirements make it a real challenge, but it’s not so lengthy or complex that it becomes unwieldy.

The palindromic sonnet, “Dracula”, was pieced together from a number of words abstracted from, or relating to, Stoker’s novel: Vampire, Mina, castle, etc. In general, I like my palindromes to exploit their subject’s unique vocabulary: Distinctive proper nouns, for instance, can, upon reversal, offer up phrases not otherwise palindromable. They keep things interesting.

Similarly, with “Frankenstein”, whose lines are perfect anagrams of each other, I began with a set of letters carefully chosen to feature specific words and phrases: Frankenstein, Prometheus, creature, and so on. It was then a case of taking these phrases and, using the remaining matter, stitching together a fitting commentary on the subject.

Q: How does this fit with some of the other work you’ve been doing lately?

A: I do seem to have been writing a lot lately about nineteenth-century literature, for some reason: I had a small chapbook of poems based on the romantic poets published by No Press in January 2017, and my leaflet “The White Whale” presents two anagrammed palindromes on the subject of Moby Dick. “Frankenstein” and “Dracula” continue this (mostly unintentional) trend.

Stylistically, I am currently exploring how palindromes and anagrams interact with different traditional forms, and with each other. In addition to “The White Whale”, my leaflets via Penteract Press present a palindromic rondel and a palindromic sestina. My chapbook from No Press features mostly anagrammatic triolets. My current trajectory appears to be toward increasingly severe restrictions of this kind.

Q: What is it about working with such constraints appeals? I’ve at least a few friends who claim that the sonnet, for example, is an endlessly mutable form. What is it you feel working in such forms allow that wouldn’t be possible otherwise?

A: I enjoy the interplay between freedom and restriction, between what I intend to say and what I’m forced into saying—that is, between creation and (in a sense) discovery. I find it fun, and I think it produces interesting results: moments of uncanniness; curious images or turns of phrase that I would otherwise not think up.

The greatest constrained poems are always those which, despite themselves, manage to produce moments of melody and meaning. With simpler, non-combinatorial constraints, it is, in fact, quite possible to produce meaningful, lyric works—to, in a sense, ‘hide’ the constraint. Naturally, the more severe the rules, the harder this becomes, and one must make compromises between the traditional virtues of poetry and the more conceptual aesthetic of the restriction itself. It’s not always easy abandoning lyricism in service of the constraint; however, neither would I be satisfied abandoning the latter for the former. (Lyrical ‘flaws’ are, one might argue, not necessarily flaws when in service of a structural ideal.) So, at least in more advanced combinatorial constraints, there’s an aesthetic negotiation between concept and content going on, which I find compelling.

You mention the mutability of forms like the sonnet, and the same is true of stricter constraints. Despite the strictures of palindromism (for example) every palindromist I know has a different and distinctive “voice”—which is quite remarkable: No matter the limitations we impose, individuality finds a way through.

Q: With a small handful of leaflets and chapbooks under your belt, how do you feel your work has developed? Where do you see your work headed?

A: I’ve been very prolific over the last two years, and that’s mostly down to the confidence I’ve gained from the way people have responded to my work. It has allowed me to take more risks—to see how far I can push things structurally. That said, I feel that some of the things I am currently working on are taking lettristic restrictions about as far as I am willing to go—so, my plan, when this particular journey ends, is to loosen my shackles a little. I’d also like to compose more concrete poetry.

Q: Who have been your models so far for creating work? What authors have prompted you to rethink the ways in which you compose?

A: I enjoy most styles of poetry, and I have many influences, both avant-garde and traditional. Thematically, I like the scientific and the metaphysical—Borges is a huge influence. However, I also have a fondness for romantic and pastoral themes. Stylistically, I am influenced by writers willing to take those more daring excursions into formal experimentation. Georges Perec immediately comes to mind.

Among current writers, my biggest influence is Christian Bök, who continues to produce fascinating and brilliant work. I’ve been fortunate enough to get to know him, over this last year, and it’s great how supportive he’s been of my poetry. Another Canadian poet, Derek Beaulieu, has been very supportive and influential too, in particular while establishing my micropress, Penteract Press—a venture that has itself had a surprisingly significant impact on how I approach and compose poems.

A: I like working on short and detailed projects. I’m able to concentrate for long periods of time; however, I’m always in a rush to get things finished. I’m obsessive, but I’m also very impatient. In this regard, pamphlet-sized projects suit me well. I guess, the challenges of writing a full-length manuscript are to avoid becoming too distracted by new ideas, and to commit to creating a set of thematically similar or interconnected works, rather than a loose assemblage of disparate projects.

A: I’m reenergised by interesting ideas; theories of art and science are a constant source of inspiration, as are poems and novels of a meditative or philosophical nature—I’ve already mentioned Moby Dick, which is a good example. I’ve also mentioned Borges: While maybe not Borges’ best work, Dreamtigers, his collection of concise meditations, is a book I frequently dip into.

Other times, I’ll turn to the work of other constrained poets, such as Bök and the Oulipo. (Italo Calvino’s Invisible Cities is, like Dreamtigers, rarely out of reach.) There’s also the work of contemporaries elsewhere in the avant-garde, and the poetry flowing through my twitter timeline. I don’t lack inspiration, these days.
Posted by rob mclennan at 10:02 AM