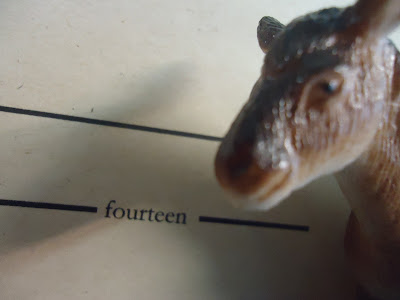 Brynne Rebele-Henry’s poetry, fiction, and nonfiction have appeared in such journals as Prairie Schooner, Denver Quarterly, jubilat, Fiction International, Rookie, and So to Speak, among other places. Her writing has won numerous awards, including the 2015 Louise Louis/Emily F. Bourne Poetry Award from the Poetry Society of America, the 2016 Adroit Prize for Prose, and a 2017 Glenna Luschei Award from Prairie Schooner. Her first book Fleshgraphs appeared from Nightboat Books in 2016. Her second book, Autobiography of a Wound, won the AWP Donald Hall Poetry Prize and is forthcoming from the University of Pittsburgh Press in 2019. She was born in 1999.

Her poems “Red,” “Autobiography” and “North Dakota & Turpentine” appear in the fourteenth issue of Touch the Donkey.

Q: Tell me about the poems “Red,” “Autobiography” and “North Dakota & Turpentine.”

A: I actually wrote all three poems about four years ago, when I was thirteen. Red is a new retelling of the Red Riding Hood story. Autobiography is about the moments before and after a loss. I wrote North Dakota & Turpentine when I was thirteen as well. It’s about bodies and failure and strange religions, and inventing new gods. A lot of my work is about inventing gods actually, or about lesbian bodies as a form of worship or religion, which is a concept that I was just beginning to introduce into my poetry when I wrote that piece.

Q: I’m curious about anyone who is producing work at thirteen, let alone work that one might consider publishable a few years later. How were you producing work so early? What kind of activity were you reading, or otherwise engaged in, that prompted such writing?

A: I had incredible writing teachers! They taught me everything I know and really started my love for writing and literature.

Q: Who were those first poets you were reading that prompted your attention?

A: I think the way that each poet addressed womanhood—or didn’t—really spoke to me.

Q: What do you mean?

A: I’m really intrigued by the various portrayals of womanhood and girlhood or queerness and how different authors represent and address both in their work. I think Anne Carson’s Autobiography of Red perfectly captures the young queer experience. It actually inspired me to start writing my first novel, The Glass House, which has two young gay protagonists.

Q: What do you feel you can accomplish with fiction that you aren’t able to in poetry? Or does your sense of the two genres bleed into each other?

A: The objective behind my work, which is to further lesbian voices, remains the same with both genres. With fiction I think that I approach that objective differently, as my focus is on capturing the lives (and by extension the issues), of lesbian individuals. My poetry is more directly about queer issues and sexuality. I think each genre accomplishes my goal, though.

A: Currently I love A Little Life by Hanya Yanaghira, The Secret History by Donna Tartt, Difficult Women by Roxane Gay, Makeshift Cathedral by Peter LaBerge, and Ruin by Cynthia Cruz.