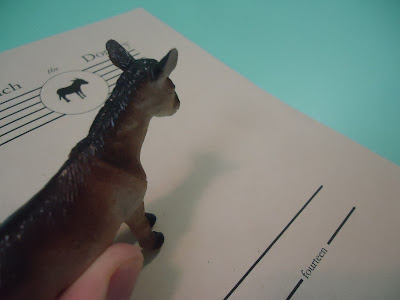 A: I’m fascinated by the idea of redundancy. One must be authoritative in order to deem something redundant, because one must know the big picture before attributing the label – what is required, where does it fit, and (most relevantly) how much is too much.

I began thinking in redundancy-related riddles. Some of which I adapted into poems. But more often than adapting the riddles themselves, I found I was writing in a sort of riddle structure. Gradually I moved away from sentences that complimented each other in terms of clever content, and towards sentences that were complimentary in terms of length, implementing common words or common letter patterns.

The arrangement of these words/letters may be influenced by aesthetic gratification, or they may be arranged to highlight redundancies in sentences like “it ain’t over ‘til it’s over,” “I’m not laughing at you I’m laughing with you,” or “we don’t know how much we don’t know” in the poem “after socrates.”

“cats hate the rain,” on the other hand, was written explicitly to eliminate redundancies. The poem should be read: “cats hate the rain but they love you.” I have arranged the letters in such a way that repeating letters can be applied to both words, and can thereby be condensed. (“Two birds with one stone” is a horrible cliché, both for being a cliché and for promoting inhumane treatment of animals, but it is undeniably applicable.) Thus a 29 letter sentence is translated into a 23 letter poem. Not much progress, but I am endeavouring to improve upon this economy of letters.

“16/106” and “16/115” belong to a series of poems. My initial goal was to number the poems as a method of tracing the progression of an aesthetic. But ultimately I became too attached to the aesthetic as it appears in “16/106” and “16/115” - in which I break down two sentences and utilize certain redundancies to influence the arrangement of the individual letters, with the hope of extracting new words that do not exist in either of the two original sentences. What began as an exercise in aesthetic inquiry has devolved into yet another redundancy – although I’m not altogether unhappy with the results, reading the poems individually rather than the series as a whole.

Q: How do these pieces fit in with the rest of the work you’ve been doing lately?

A: Aesthetically, I find I’m drawn to fragmentation. There’s something very appealing about breaking down words and finding new ways to arrange letters on a page. Perhaps my true calling is writing crossword and wordsearch puzzles.

The “16/” poems are occasional pieces, drawing from my daily life and whatever I happen to be reading. Whereas “after socrates” and “cats hate the rain” are more deliberate aesthetic efforts. Both feel like prototypes, like blueprints, like cave drawings... My goal would therefore be no less than re-inventing the wheel. If I am disappointed with said wheel, perhaps it is because I am impatient for the advent of the automobile.

Q: Where did your attraction to fragmentation begin? Did it evolve naturally, or are there specific authors that have influenced that direction?

A: For reasons I’m not consciously aware of, I’ve always been drawn to poetry that explores the fragmentation of words; poetry that utilizes inventive techniques that dictate the arrangement of letters on a page. There are a number of anthologies dedicated to this form of poetry, but otherwise I have had to seek out the poets who were so inclined.

I remember scouring libraries for the publishers I knew had an experimental leaning, or for authors who deliberately neglected proper capitalization and punctuation. If the author refused to capitalize their name or their book’s title, then there was a good chance that their poetry wouldn’t be capitalized – which I recognized as a possible gateway to more depraved forms of poetry.

Not surprisingly, my first poems were shameless emulations of the various forms utilized by poets such as Guillaume Apollinaire, E.E. Cummings, and bpNichol. But these emulations were superficial and sloppy.

It wasn’t until I was introduced to Jackson Mac Low that I began to consider the process behind these poems – perhaps owing to the elaborate nature of Mac Low’s chance-based, deterministic methods. So outlandish were Mac Low’s methods that I had to consider the background, the motivation, and whether or not the end is justified by the means.

Q: You say that you’re currently working on a series of poems; how do your poems usually get constructed? As individual pieces or via groupings? How do you see your work evolving?

A: With my series, the “16/” poems, I constructed the poems individually. There was little or no continuity in the content, aside from its resemblance to the aphorisms of someone like... Antonio Porchia. (If my “aphorisms” seem more contrived, it’s because I wanted to stress the importance of formal innovation.) The continuity in this series is derived entirely from the form, and the subtle ways I attempted to adjust the form in order to emphasize a progression.

As I said before, I believe the series to be a failure. The poems may be appealing on an individual basis, but the progression isn’t enough to bind them and form a whole.

Q: I’m curious as to your assertion that you wish “to stress the importance of formal innovation.” Can you speak further on this?

A: The postmodernists asserted that everything has been said. While I don’t entirely agree, it is with this in mind that I strive to embolden new forms of “poetry.” I’m reminded, too, of Marjorie Perloff who, in her afterword to Derek Beaulieu’s Flatland, states: ‘what goes by the name of “poetry” is more accurately defined as a form of short prose.’ By that standard, Beaulieu’s Flatland is not “poetry” but a “conceptual text,” which I find very freeing. Post-postmodern poets are free to pursue new forms of poetry without feeling restricted by the standards imposed by an era of poetry (including the postmodernists). Someone like Beaulieu can publish his scribbles under the pretense that the means justify the ends.

Again, I don’t entirely agree that the means justify the ends. Strictly speaking, I believe the end result should be as compelling as the concept. Beaulieu’s concept is far more interesting than his scribbles, and I don’t think a work should be so uneven. Broadly speaking, what Beaulieu has truly accomplished with Flatland is taking “poetry” so far from “poetry” that he has created a wider range for like-minded poets to work within.

That is the importance of formal innovation. Whether or not we succeed, we are widening the range and expanding the possibilities of “poetry.”

Q: You speak of individual pieces and fragmentation, but I’m curious if you’re consciously working towards some kind of larger grouping or groupings of your poems, whether as chapbook or full-length book.

A: When I started the “16/” poems I had hoped to create a larger grouping that would recognizable as a series or sequence based on a form that would become progressively more fragmented – the words would become more fragmented and the arrangement would become more scattered. My perceived failure may be derived from comparing the later poems to the earlier poems and realizing that someone, unaware of the process, would interpret the early poems as “lazy” or “lackluster” version of the later poems.

First and foremost is E.E. Cummings. Cummings is the reason I started reading poetry, and later the reason I started writing poetry. I often return to the selection edited by Richard Kostelanetz, which elevates Cummings to his rightful place as a pioneer “not only in linguistic and typographic inventions, but also in sound and concrete poetry.”

There are a number of poets I read and re-read for the standard they set – Jack Spicer for his poetry sequences from After Lorca to Book of Magazine Verse; Paul Celan and Faye Kicknosway for their tone (disquieting); Barbara Guest for the poems of her impressionistic phase with its generous use of space; Anne Carson and Lisa Robertson for their intelligence and for their ability to not only illuminate any subject but animate any subject in the most unexpected ways.

Last but certainly not least is Souvankham Thammavongsa. There’s something absolutely breathtaking about Thammavongsa’s poetry. In order to describe what I find breathtaking I would have to follow Margaret Atwood’s advice... (Was it Atwood who said that a poem is the best response to a poem? or something to that affect...) Perhaps I’ll do that.