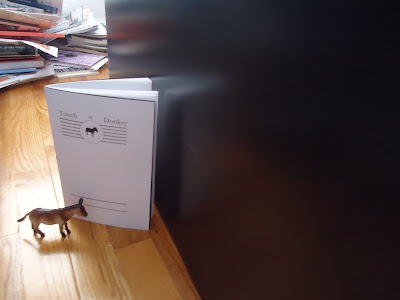 Sue Landers’ latest book, FRANKLINSTEIN, tells the story of one Philadelphia neighborhood wrestling with the legacies of colonialism, racism, and capitalism. She is also the author of 248 MGS., A PANIC PICNIC and COVERS, both published by O Books. Her chapbooks include 15: A Poetic Engagement with the Chicago Manual of Style and What I Was Tweeting While You Were on Facebook. She lives in Brooklyn.

Q: Tell me about the poem “Oculus Study.”

A: About Oculus Study:

I work in downtown Manhattan, and my commute takes me through the new World Trade Center transit center each day. Called the Oculus, it’s a train station/mall that replaced the train station/mall that was destroyed on September 11th. Its architect is Santiago Calatrava, who also built the Milwaukee Art Museum. I love the Milwaukee Art Museum; it looks like a bird about to take flight over Lake Michigan.

The Oculus design is in that same, signature, style. At its center, is an eye that opens like a gash exposing the new World Trade Center. It is stark white (requiring constant polishing) and the hallways are full of exposed rib-like support beams. It feels like you are physically walking through the belly of a beast in the figurative belly of the beast of capitalism. Or else it feels like a tomb, which it is essentially, since it’s built atop an actual gravesite. Really, the metaphors just trip all over themselves.

I wrote the poem when right after the building had just opened, when it was not well trafficked since all the stores inside were still under construction and not all the trains exited into it. So, I found myself walking through virtually empty corridors (aside from private security, military personnel, and city cops—all of whom are everywhere). Finding private space (albeit inside a privatized space) in New York is a rare thing. I felt like I was inside some kind of militarized church of capitalism. So, I decided to take notes each day to document its early days. I see “Oculus Study” as a kind of soundscape.

And where I landed in the piece, what I came to realize through writing it, was my own lack of engagement/awareness/protestation of the reconstruction of the World Trade Center complex. After 9/11 I experienced— like so many other New Yorkers —to widely varying degrees—a form of PTSD. And part of that was in response to the attack itself and part of it was due to the immediate, rampant, and dangerous nationalism that overtook both the city and the nation at large. So, part of my coping mechanism was to not visit that area of Manhattan. And not until a job took me there 15 years later, and writing this poem, did I realize how deeply tucked into the sand my head was.

Q: How do these poems fit in with the other work you’ve been doing lately?

A: I have been very focused on the here and now these days and my writing has been taking a kind of day-book form.

This is, in part, an outcome of having just recently published a book that took me four years to write (the book Franklinstein we chatted about in 2016), and the break I needed after completing that capital-P “project.” And it’s also a matter of necessity, in that I have limited time to write since I work full-time and am spending free time resisting my country’s burgeoning kleptocracy. So, observing and writing about my experiences on the way to and from my responsibilities is a way of keeping up with my writing practice.

And practicing this way, through observation, has led me into what I hope will become my next capital-P project: a series of poems about the NYC subway system. I have been riding every train line end-to-end, essentially using the train as studio space, and writing about what I see at a unique time in U.S. history.

The NYC subways reflect the full spectrum of economic and racial diversity in the United States—a spectrum that by extension represents the U.S. at large—and which I draw hope from every day. Solidarity is vital to resisting the current American president and his agenda, and I see my fellow straphangers as a community of power and strength.

Q: You mention your work being project-based. Was this always been the case? How did you get to a point that you were composing book-length projects?

A: Each of my books has taken the form of a book-length project. I envy poets who can create collections of poems, as opposed to series or sequences of poems. But I may have a tendency to perseverate. And series or sequences enable a kind of reiteration, a kind of braiding of poems, which feels more right to me. They give me the freedom and space to work topics through.

Q: What were your models for this particular kind of approach? Have there been specific poets and/or works that led you to composing book-length works, or have even helped you to adapt your approach of the book-length project?

A: Wasn’t it Spicer who said that poets write the same poems all their lives? Something about that sparked my interest in sequences. I think I interpreted that to mean that repeating or reiterating one’s poems enable the work to extend. Then there are Notley’s epics, but particularly Descent of Alette, which showed me how a poet could balance narrative with music. Then there’s Allison Cobb’s Green-Wood, which is a stellar model of investigative poetics, and I take incredible pleasure in its associative flow.

Q: Do you see yourself working on a singular, life-long project?

A: Not exactly. I think I have social and political concerns that will always inform my work. And perhaps my voice will remain similar throughout my writing life. But I think my life-long project is simply to keep writing, to keep thinking through writing, to keep finding insight and beauty through writing. And to continue to evolve over the course of my life as a writer, a thinker, and a poet.

Q: I’m curious as to your mention of the “day-book” form; what is it about the day book that appeals? What can you engage through such that you don’t feel as though you can otherwise?

A: My interest in the day book emerged as I was reading “Studying Hunger Journals.” I was at a writing residency, where I began each day reading Mayer first thing in the morning. For my two weeks there, I followed a pretty strict routine of daily writing, reading, and walking exercises because I wanted to practice behaviors I have a hard time sticking to in real-life. And I found Mayer’s approach to writing about daily life and dreams inspiring.

A: I go back to Descent of Alette every few years – its scope, power, and rawness remind me of what poetry can be. I also re-read novels I love because the genre is so different from how I write, it gets me out of my head. There is one I particularly love, a classic Scottish novel, The Private Memoirs and Confessions of a Justified Sinner. It’s one of those gothic novels that tells the story of good and evil from two different perspectives. It supposedly inspired Dr. Jekyll and Mr. Hyde; it’s totally awesome.