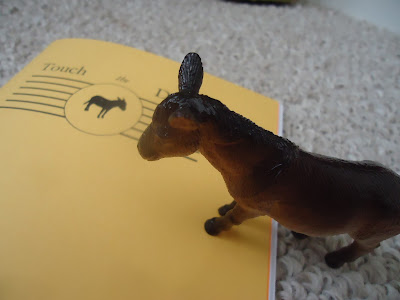 Shazia Hafiz Ramji lives in Vancouver, BC where she works as an editor and writes poems, reviews, and stories. Her poetry was shortlisted for the 2016 National Magazine Awards and is forthcoming in Canadian Literature and filling Station. She was co-editor for the "Intersections" issue of Poetry is Dead and has been a guide for Poor Yoricks' Summer and Sacred Jest, groups dedicated to reading Infinite Jest by David Foster Wallace.

Her poems “It’s not not talking about it” and “Mouth” appear in the twelfth issue of Touch the Donkey.

Q: Tell me about the poems “It’s not not talking about it” and “Mouth.”

A: “It’s not not talking about it” and “Mouth” share a fixation with language, self-reflexivity, and sincerity; they are poems of negation and failure. Both poems are from a manuscript-in-progress tentatively called Cults of the Unwavering I. Cults takes its title from a title of a book in a footnote in David Foster Wallace’s novel, Infinite Jest. It essentially refers to a non-existent book within a book of fiction.

“It’s not not talking about it” arose after researching representations of authors who have committed suicide. For this poem in particular, I was thinking about the French surrealist poet, Jacques Rigaut, and one of my favourite movies, Oslo, 31 Aug, directed by Joachim Trier.

I wrote “Mouth” when I woke up after reading Edouard Levé. I don’t think I could articulate what it’s about, except the fact that it has to do with locationlessness and a failure of communication.

In these poems and in Cults, I see the autobiographical personas of authors who have committed suicide as a “heterotopic” space, to borrow the term from Foucault. This is a space I think of as being constituted by self-consciousness. It’s a space that feels deeply personal and/or actual but is held aloft by fantasy made possible by affective economies and a neoliberal framework.

Q: What is it about “the autobiographical personas of authors who have committed suicide” that prompted you to attempt them in writing?

A: I’m not attempting to inhabit and write the personas, but I am attempting to articulate the space in which they’re able to work. It’s a space that feels charged and desperate to me. Definitely neurotic. Barthes says that neurosis is a makeshift and he talks about Bataille who speaks of neurosis as “the fearful apprehension of an ultimate impossible.” Barthes says “this makeshift is the only one that allows for writing (and reading) ... the texts, like those by Bataille ... which are written against neurosis, from the center of madness, contain within themselves if they want to be read, that bit of neurosis necessary to the seduction of their readers: these terrible texts are all the same flirtatious texts.” I think this sums up why the autobiographical personas of authors who have committed suicide appeal to me – I’ve been seduced and now I am obsessed!

Q: How is the manuscript-in-progress taking shape? Was this conceived originally as a book-length project, or did the poems themselves move you into that direction?

A: The poems themselves moved me in the direction of book-length project/s.

Some poems that form part of the ms-in-progress are in my new chapbook, Prosopopoeia, which just came out with Anstruther Press. I’m happy that some poems will also find a home at Nomados Press. I’ve felt motivated to keep going because of these forthcoming chapbooks, which have given me room to develop and expand my work.

I’m hoping to have mostly new work in the ms, however. The poems for the book are developing; I’ve been filling up the index cards and stringing together ideas on big sheets of paper I keep stuck on the wall!

Q: How difficult is it to excise chapbook manuscripts out of a book-length unit?

A: My writing process is probably conducive to the chapbook-length ms, although I haven’t intentionally made it so. Because I become fixated with a set of ideas and do a lot of reading first, then develop poems in response over a period of time, and then break and do the same with an associated set of readings for poems, I end up having sets of poems that happen to be chapbook-length. When I was compiling my manuscript for Anstruther, I chose what felt right, but I also included poems that didn’t seem to cohere with the rest. I wanted to be edited by Jim Johnstone at Anstruther because I admire him and his work, and I work as an editor so it was a real treat to be on the other side. Jim was very perceptive, generous, and open-minded when we cut and tweaked together.

Q: You’ve mentioned your current project, which will solidify as a full-length collection. Has you work prior or even concurrent to this fallen outside of this collection? Where do you see your current work fit into a larger trajectory of your work?

A: The work for my manuscript has developed out of the poems in Touch the Donkey #12 and out of my chapbook Prosopopoeia. It focuses on surveillance and biopolitics, both of which grew out of my interest in suicide, self-reflexivity, communication, work, and technology, themes that shape the poems in Prosopopoeia.

I don’t know where I see my current work fitting into a larger trajectory of work. I trust the writing process enough to know that it will turn on itself once it becomes consistent and complacent. I think that I feel my writing expanding scope to engage with a world outside of its literary and philosophical influences while finding new ways to accommodate these influences.

Q: I do find it fascinating that you have a chapbook with Anstruther Press, yet your poems have been published in venues such as The Capilano Review and are forthcoming in filling Station — I wouldn’t see these as having much, if any, aesthetic overlap (I think of the late D.G. Jones as being a possible exception). Do you find it tricky to navigate the considerations and politics of genre and form when writing, or are you able to move easily as your interest allows?

A: That’s a complex question, one I’ve struggled with quite a bit. I think that working in publishing over the years has made me realize just how much categorizing different types of aesthetics can be a concern with branding, selling, and money. I realize that we’ve all come up with poetry camps together, tossing “lyric” poets to the right and “conceptual” poets to the left, or vice versa. I write lyric poems. I write conceptual poems. I write things that don’t look like poems but have been published as poems. Publication is where the categorizing begins, but even presses like Anstruther have their deviations in genre and form, e.g. Exit Text by Genevieve Robichaud, a total gem. I find it tricky when I think in false dichotomies made for simplified marketing-speak, but I can move easily when I remember that there are people like Jan Zwicky writing about Wittgenstein, and Ken Babstock writing about SIGINT, and Stephen Collis writing about “Blockadia.” And then there is Lisa Robertson and I just want to read.

I look forward to spending time with D.G. Jones.

A: I return to David Foster Wallace consistently, particularly his novels Infinite Jest and The Pale King, and his short story “Good Old Neon.” DFW’s work makes me think through my concerns around language, technology, and sincerity with a deep and lasting understanding that only novels can bring. Jeff Derksen’s first book of poems, Down Time is always on my desk, as is Peter Gizzi’s In Defense of Nothing: Selected Poems. Hito Steyerl’s essays, The Wretched of the Screen and McKenzie Wark’s essays, Telesthesia always bring me back to my work. Nilling by Lisa Robertson has saved me from abandoning my work; I feel like it’s been a guide for me in so many ways. Daphne Marlatt’s, Meredith Quartermain’s, and Wayde Compton’s books are in close reach too, just in case the city comes onto the page, which happens often.