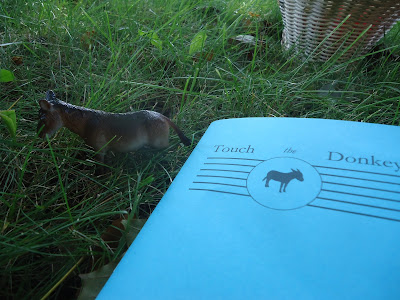 Norma Cole’s books of poetry include Win These Posters and Other Unrelated Prizes Inside, Where Shadows Will: Selected Poems 1988—2008, Spinoza in Her Youth and Natural Light, and most recently Actualities, her collaboration with painter Marina Adams. TO BE AT MUSIC: Essays & Talks made its appearance in 2010 from Omnidawn Press. Her translations from the French include Danielle Collobert’s It Then, Collobert’s Journals, Crosscut Universe: Writing on Writing from France (edited and translated by Cole), and Jean Daive’s A Woman with Several Lives. A new translation of Daive’s first book, White Decimal, is forthcoming from Omnidawn. She lives in San Francisco.

A: Because memory is fiction, “the past” is suddenly very bright and horizontal. There was no impulse (genre, form, idea) behind this writing. I just had these three words in my mind after reading an email from Claude (Royet-Journoud) where he told me that Ludovic Janvier had died. I had met Janvier because Claude had put me in contact with him. When I saw that he had died I was “thrown back” to that moment (whatever moment means). Memory opened, opened me up to this moment now and I could write about that moment then. The words as thoughts began to branch out, rhizome-like (orchid/wasp) and I noticed that this is one way writing can happen.

Q: Have you composed other memorial pieces over the years? How do they differ from your other works? And how does this piece, if at all, fit in with the other work you’ve been doing lately?

A: I’ve done several memorial poems, for instance for Robert Duncan, Jacques Derrida, Leslie Scalapino, Hélio Oiticica. The Derrida poem was one I never imagined or though of, it just happened. They all “just happen,” but Derrida? It’s in my book, Do the Monkey, “In Memoriam Jacques Derrida” which also has my “Dear Robert.” “ESTAR for Hélio Oiticica” is in Spinoza in Her Youth. These poems are also in my selected, Where Shadows Will: Selected Poems 1988-2008 (City Lights). The poem for Leslie is in a journal but I can’t at the moment remember where, so I will enclose it here. But as you see, “I Got Word” is in a different register altogether from these poems.

When Push Comes To Shove
Elegy for Leslie Scalapino

As the wind folds other things
Go, go out and play
The nothing that stops
Time—check it

Fresh as rice powder
In the wind, perfect
Memento, remember
She lives

Q: I think the poems are best when they, as you say, “just happen.” But do you ever feel as though, when someone you admire dies, that such a poem is required, simply because you’ve done such for others? (The idea is reminiscent, slightly, of a quote I once heard about how Robert Creeley felt as though he spent the last third of his writing life composing obituaries for his friends.) Also: how and why does the tenor shift? I know Vancouver poet George Bowering has long worked an open-ended series of prose poems as tributes to poet friends, as has Toronto poet Victor Coleman. How have you managed to retain the individuality of such pieces?

A: To respond to the first part of your question, “But do you ever feel as though, when someone you admire dies, that such a poem is required, simply because you’ve done such for others” when a person dies, I always cast about in my mind to see whether I have something right there to say, to write. Usually, nothing comes to mind. It is not “required.” No requirement for the poem. Every conversation is so particular (poetry is a conversation), and the conversation I am having—still with that person—will occur, but when? That’s the weird thing about this piece, “I Got Word.” It was so immediate. Maybe because I was not exactly writing TO Ludovic Janvier, I was kind of writing, back-channelling, to Claude Royet-Journoud. Which brings me to your next question, “how and why does the tenor shift?” And I say because it is so individual. Your questions here had me thinking about “celebration poems,” to honor someone. You know, the poem for a festschrift to honor the poet’s 80th birthday or something. There, I do have a “usual” procedure, in that I go to the poet’s work, and I write from a book or even a single poem from that person’s work. For instance, “For Rosmarie Waldrop, Eighty Words from Splitting Image.”

Q: I suppose the question I was asking did relate to the “celebration poem,” in that often the response to a poet’s death, other poets write poems in homage, or, as you say, conversation. Robert Kroetsch often referred to literature, including his own writing, as a “conversation.” Is there an element of that in the larger arc of your own work? Or only for those pieces composed for others?

A:  Robert Duncan spoke of poetry as a “serial collaboration,” and as a “grand collage.” Robin Blaser had his great companions. I have the on-going conversation, in particular, and in the larger arc of my work.

Q: You’ve published an enormous amount of work over the past three decades, from books and chapbooks of your own work to anthologies edited and numerous translations. With thirty-some years of production so far, how do you feel your work has developed? Where do you see your work headed?

A: I laughed out loud this time, truly I did, when I read your question, simply because I have no answers. The second question first—a case in point—at the turn of the year, 2015/2016, I had no idea, writing? It was a blank slate. I thought I would still be working on a book translation I hadn’t really begun. I wanted to write something from my recent trip to Southeast Asia but hadn’t. And then I wrote “I Got Word.” And rather quickly a lot of things happened. I was asked or invited to do things that meant different writing or translating, for conferences etc. And was asked to teach a seminar in June. Right now, I am writing a prose piece (there it is, more prose) for Art Practical, an online journal. The piece begins with my 8th grade English teacher. Never would I have thought of that, about starting there, if I hadn’t had this one moment sitting in a cafe last week hearing Miles Davis and my notebook on the table. And that popped into my mind and I started to write. I guess this is my way of saying it’s in the moment. Body/mind conspiring. Neuroscientists say that one begins to do something, anything, before one consciously knows. And the first question, how the work has developed, I would say “more mindfully,” but I don’t yet have the means to explain what that means.

Q: A worthy answer! More should simply admit when they haven’t a clue about a specific question or point. But to ask as follow-up more specifically: how do you construct your books? Is there a unifying theme or project-based structure that pushes a manuscript forward, or are books constructed entirely on a case-by-case basis? How do your books begin?

A: Case-by-case basis. But the books all begin with a beat, a syllable, a word, a fragment, more fragments, building a something, eventually a poem. And then another. When I have several, looking at them, I begin to grasp that they are telling something, telling me something. My friend the artist Stanley Whitney said something pertinent in an interview last year. “When you paint, you want to paint something you don’t recognize. But then, you don't recognize it, so it’s hard to see.” It might take a while. But we have time, we wait.

A: Someone just asked me (actually several people have asked this) if I went to writers’ retreats or artists’ colonies to “get away” and write. I’ve never done that. It seems that I like to stay with the familiar in order to go far away in imagination. As far away as can be. So I’ll take a walk, or go to a cafe to sit for a while. Sit for a while reading whatever I have on hand. It could be a book of poetry, old or new; or philosophy, neuroscience, a book about a painter, dancer, filmmaker. I am reading, slowly, Robert Duncan: An Interview (by George Bowering & Robert Hogg, 1969). About to read To Dare Imagining: Rojava Revolution, edited by Dilar Dirik, David Levi Strauss, Michael Taussig and Peter Lamborn Wilson (Autonomedia 2016) and Kapusta by Erin Moure (House of Anansi, 2015).