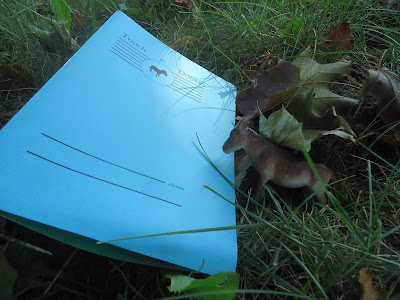 Ryan Murphy is the author of The Redcoats, Down with the Ship, and Millbrook (forthcoming from Black Dress Press). He has received grants and awards from the Aldrich Museum of Contemporary Art, Chelsea Magazine, The Fund For Poetry, and The New York State Foundation for the Arts.

A: I’m not sure what to tell you about them specifically, but I can say that they are part of a longer sequence that centers around my return to my home town in New York’s Hudson Valley after living elsewhere for the past 18 years—so in part I think they are about a kind of dislocation with a familiar landscape, and allowing those images to re-introduce themselves in to my vocabulary.

Q: How does this work differ from the work you’ve done prior?

A: Well, the landscape has changed, which certainly changes the language. And I think that these poems are a bit more stripped down than work I have done in the past.

Q: Is being influenced by your surroundings an element of your writing, or only one specific to this current sequence?

A: It has always had a lot of influence on my writing. My poems are almost always written about the dailiness of wherever I find myself.

Q: Would you consider yourself a poet who builds books, or individual poems? How are your books usually constructed?

A: I think that I tend to end up most naturally writing sequences, which is perhaps to say, a little bit more than an individual poem, and far less than a book. I think that because generating work is difficult for me, and that moving the words around is so much fun, they tend to grow into multiples.

Q: Do book manuscripts emerge through a process of enough sequences coming together to finally cohere? Through this process, are there sequences that get set aside for another potential manuscript?

A: I tend to hit a kind of critical mass and then try to write back in to, and take things out of, the manuscript, to try to get it into some kind of reasonable shape—its dubious if I’ve ever actually pulled this off successfully...

Q: What writers or works influence the ways in which you write? What poems or poets are in your head when you’re putting a book together?

A: I would say that John Ashbery would be that poet who always re-energizes me. Not that we share much of anything stylistically, but his pure imagination and the facility with which he writes is constantly astounding.
Posted by rob mclennan at 10:02 AM