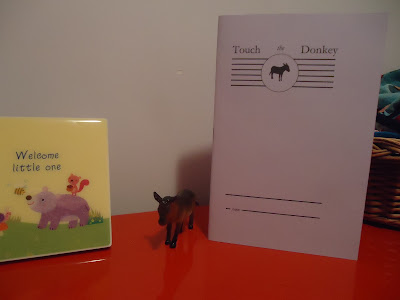 Gregory Betts is the author of Boycott (2014), and many other various and sundry items. He is the curator of the online archive at bpNichol.ca, which is all set to rise from the digital dust, and will soon. He lives in St. Catharines with his flower and bee allergies.

His poems “Autopoesy,” “¿Christian Bök?” and “What is the fourth person?” appear in the ninth issue of Touch the Donkey.

Q: Tell me about the poems “Autopoesy,” “¿Christian Bök?” and “What is the fourth person?.”

A: “Autopoesy” is a response poem to Christian Bök’s poem “The Extremophile” from The Xenotext, which ends with these superbugs escalating in badassness until his conclusion where “they await your experiments.” I want to think about them outside of their function for human use, though, which means recognizing in them the defeat of human language; a place that is inaccessible to our projections. Language can take us to that point, but does not have to turn around and flatter us for reaching our personal best.

“¿Christian Bök?” is not a question for Christian, but a question of language, names, and limits. I also recognize that these writers have approached similar questions about the limits of language from very different perspectives. It is also an acknowledgement that Margaret Atwood has already written a book about the projection of human technology to the point where they (our machinic other, our aliens) do not need us anymore, and certainly do not await our experiments. The longer I spend in CanLit, the more I realize that the answer is almost always “Margaret Atwood”; and the question too.

“What is the fourth person?” is culled from a series of questions my 4 year old son asks me every night before bedtime. He gets one such question a day and we discuss it at length, so he chooses carefully. These questions are taken in sequence over the course of three weeks; they are the probes of a learning imagination sent out over a room, a country, a planet, a universe.

Q: How do these poems fit with some of the other work you’ve been doing lately? Would these pieces be considered “occasionals,” or are they potentially part of some larger construction?

A: They are occasional pieces, responses to my daily life and current reading. They fit in with the ongoing arc of my work lately though, including an essay on the same theme called “I Object: Writing Against the Contemporary.” https://ejournals.library.ualberta.ca/index.php/ESC/article/viewFile/25505/18783

Q: Your essay speaks to a shift from human creation to “inhuman artifice,” and writing the impossible; beyond lyric into metapoetry and other attempts at reducing and even erasing the authorial self. How do you feel these poems fit into that attempt at a “post-post-language” (or whatever it is you might wish to call it), and how well do you think they have achieved some of these goals? Just where do you see this new way of seeing writing headed?

A: Well, it’s an oxymoron, of course, to write a poem beyond human language. It’s like my old joke to invite people to name me one thing you cannot say. But given the climate crisis, the total and ruinous domination of humans over the entire planet (nothing is wilderness, everything is permitted), it behooves us to shift the nonhuman into the forefront of our consciousness. I’ve been working on the role of humour, especially nervous laughter, in this kind of self-consciousness – and I suppose I see these poems in that context. In this, I follow Wyndham Lewis’ formula for humour as either humans behaving like machines or machines behaving like humans. Except I’m not looking for a redemption of the categorical human, more like the dispensation of our rule. Back in 1999, I had the opportunity to study with Toby Foshay, one of the world’s top scholars on Wyndham Lewis, who was at the time training to be an eastern orthodox monk. He said of that line by Lewis that in our nervous laughing we can feel the abyss barely held at bay.

Q: I’m curious at your exploration of humour. Contemporary poetry has always had an uneasy relationship with humour, in any form, often to the point of dismissal. Why do you think that is? Or do you even agree? Is this something you’re conscious of?

A: I’m not sure I fully agree; the heirs of the contemporary lit that I value held Charlie Chaplin as a champion proto-avant-gardist every bit as much as the Marquis de Sade. The line between jokes, pranks, and literary experiments has always been a fine and fading one. Is a published blank book really that different from a recorded crank call? One of our top contemporary poets collected and sorted boxes of Alpha-Bits, categorized them and pinned them into an entomologist's cabinet. Another poet spilled a box of Alpha-Bits onto the floor of a poetry reading, rolled around in them naked, and then “read” the letters stuck onto his body. Twee! There are half-a-dozen contemporary poets with one foot in literature, one foot in stand-up comedy, and one foot in blown metaphors. And even beyond the humour that laughs at the world as it is, at its failures and foibles, I’m particularly drawn to a kind of laughter that does not attempt to resolve or overcome difference, that takes pleasure in the collapse of systems, and points at the mess with scatological glee.

Q: Isn’t there an inherent irony to constructing writing on the collapse of systems? Does that make the work you’ve been doing lately a series of gestures on collapse, reconstruction or repurposing?

A: Inasmuch as irony signals a schism between the message and the meaning, all poetry is ironic. It’s the solitary, consistent mark of difference of a poem from a recipe. But it isn’t just the collapse of systems by itself that I’m interested in — it’s the double vision, the rubble and the edifice, intertwined, suggested by each other. The human and the machine, the way we constantly move back and forth. McLuhan writes about clichés as an internal technology through which discourse hardens and accelerates the reception of shared knowledge. Our experience in the world ossifies, in other words, into technology even as we glean the world through such ideational devices. Lewis’ notion of humour is latent in every daily experience.

Q: After a small handful of books and chapbooks under your belt, how do you feel your work has developed? You say these poems fit within the current arc of your work generally – both critical and creative – but where do you see your work heading? What are you attempting to move away from?

A: I wouldn’t say I’m going in any specific direction, as if I was trying to go somewhere. I try to keep myself open to learning, and my writing changes as I do. From If Language on, though, I’ve always been interested in how we speak through each other’s words. I’ve been moving away from literary lineages, though, and become increasingly interested in public language and the building of public resistance movements. My Boycott book, for instance, looks at the rather vacuous and highly repetitive language of boycott movements around the world, including from all political orientations. It seems appropriate that there is a hollowness in the language of strategic withdrawal, a shared screech of outrage and overstated piety, but I am myself a boycotter of various things and so admire the earnestness motivating even fallow words. It is one of the few political mechanisms left to the general public that consistently works. It is also, however, a tool only available to people with money enough to withhold, so it is deeply entrenched within existing power politics. So while I have been previously interested in how something radical could be said in and even against the general economy of language, I have become increasingly interested in the extensions of that into public and political spheres.

A: Every year I read at least one new Margaret Atwood book, mainly because she has written a new book in every year of my reading life. I keep coming back to Sheila Watson and Marshall McLuhan, both of whose work touch on such rich veins of myth and apocalypse, ritual and the hint of redemption. Borges, Blake, and Neruda keep cycling back, as does my first literary love with Dostoevsky. If I had to pin my reading down to one author, though, in some kind of awful hypothetical exercise, I would stick with bpNichol. I don’t love or even like everything he wrote, but I deeply admire his engagement with theory, philosophy, and myth, his realization of astonishingly twisted ideas, and his commitment to building experimental, interdisciplinary literary communities. You can feel those aspects ripple through all of his works, and they are like arrows of possible directions for more, weirder, smarter works.
Posted by rob mclennan at 10:02 AM