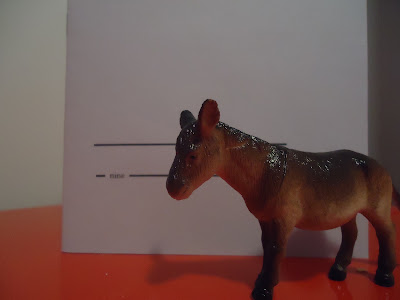 Paul Zits received his MA in English from the University of Calgary in 2010. Massacre Street (UAP 2013), the product of his creative dissertation, went on to win the 2014 Stephan G. Stephansson Award for Poetry. In addition to serving two terms as Writer-in-the-Schools at Queen Elizabeth High School in Calgary, teaching creative writing to students in the Gifted and Talented Education (GATE) program, Zits is a regular instructor with the WGA’s WordsWorth Camp at Kamp Kiwanis. Zits is currently an instructor with the Edmonton Poetry Festival’s Verse Project, and the Managing Editor of filling Station. He recently won the 2016 Robert Kroetsch Award for Innovative Poetry.

A selection from “dlog, dlog” appears in the ninth issue of Touch the Donkey.

A: This sampling is part of a new collection, dlog, dlog, or bullet trouble, through the head and in the heart, that reimagines the circumstances around the death of Alex McPahil of Hesketh, Alberta, in 1926, and the subsequent trial of his sister Margaret, charged with his murder. My approach to this book is a little different in that I’ve sought to write it without knowledge of the results of the trial. As the examinations play out and the evidence is recorded, and as I become more immersed in this material — her case file and the trial transcripts — my own position oscillates, with the character of Margaret then moving back and forth from aggressor to victim, and the convoluted nature of this composite characterization enables her to embody something of both. Both brother and sister become these knotted aberrations, grotesqueries that are at times monstrous and at others quite stunning, at times sickly and at others impressive in their strength. Often they carry opposite qualities at once. “Margaret is devoid of colour” is an earlier poem in which I first began to explore these kinds of defining features in Margaret, and when I begin to make inquires into her agency. To achieve these aims I’ve endeavoured for the work to take on a strong surreal quality, employing a variety of cut-up techniques and collage-work. “warm summer afternoon underclothes,” “Q. Did you do anything else to try to help him,” and “it wasn’t so dark” are later poems devoted to Margaret and also serve to advance the narrative. Folded into these poems are excerpts from an interview with Catharine Robbe-Grillet as well as cuts from English fairy tales and articles on the history of feminist film. The poems take their source from relatively stark statements made during the trial, and are elevated by these additional source texts rendering key moments, or key revelations, more complex and provocative. “he was bleeding at the mouth” is built through accumulation — a technique that I developed and refined for my second manuscript, “Leap-seconds”) — and captures Margaret’s attempts to attend to her dying brother. Through the transcripts, one learns that her behaviour at this point was quite abnormal (at one point prying open her brother’s mouth with a spoon in order to pour wine down his throat, and which is later found fastened between his teeth by the responding officer), so I wanted this manic burying of Alex’s blood to further convey Margaret’s frenzied state of mind.

Q: Much of the work I’ve seen of yours so far explores and reshapes historical documents related to a variety of prairie Canadian histories that aren’t often discussed. What is it that attracts you to reworking such specific histories and their materials?

A: First, I would say that my interest revolves around questions of representation, and the frames that distinguish various forms of writing. When I find moments of overlap in these frames, I tend to take notice. As in the documentation informing Massacre Street, the appropriations in dlog, dlog often seize upon unexpected poetic ventings. Secondly, the archive is where I satisfy my passion for stories, history and collecting. My work requires that I am a skilled collector and my poetry collections are often just that, a catalogue of my selections. And I am certainly most attracted to the histories that, as you’ve said, aren’t discussed, as they tend to be the histories that are least subdued. There is no question that I am drawn towards the grotesque, so you will often find that my work in some part explores aberrancy, in image, in character and in behaviour.

Q: You seem very much to be constructing books as large-scale projects, as opposed to collections of stand-alone poems; projects built around particular subjects and structures. How did this process of building poetry books this way begin, and what writers and books have been your models?

A: I don’t know that I experience the world (or have the urge to respond to it) in such a way that would accommodate a practice built upon writing collections of stand-alone poetry. I find that my attention is better kept, and my interest sustained, by pursuing projects that are larger in scale. But even in the larger scale works I can locate a variety of different literary modes, such as autobiography or conceptualism. There are traces of my own history and of the everyday, so there very well may be some parallels between my collections and works that collect stand-along pieces. The suggestion that the work might not be so obviously shaped by my experience neglects the fact that experience is made from a fabric of sources, and countless writings. And so I indulge myself in the research component of my writing projects, and feel wonderfully at home in archives. dlog, dlog is a little different because I have chosen to write this collection without a clear indication of how the actual story ends. As I work through the transcripts, the poems are responsive to new evidence and lines of questioning. What’s captured, in fact, is a personal response to these accumulating testimonies, as I consider and compare new information to conclusions I’d drawn previously. But perhaps I’m straying too far from the question. And I hope that this response hasn’t been too disconcerting for your readers. As for model texts, a couple of examples would be Gro Dahle’s A Hundred Thousand Hours (Ugly Duckling Press, 2013) and CA Conrad’s Book of Frank (Wave Books, 2010).

Q: What is it that drives you to explore such archival material through poetry, as opposed to fiction or non-fiction? Are there things you feel that poetry allows that another genre might not? What is it about the form that drives you?

A: What I hope that I’m doing through my work is causing the lines between these genres to attenuate. But there still remains something largely pragmatic about the use of language in fiction, with some wonderful exceptions of course, while poetry remains for me the language of excess and alterity. Poetry is about shared meaning, whereas fiction, and non-fiction, still feels predicated on authority. As poetry, my role is deemphasized and I find great freedom in that. And that freedom will hopefully be felt by the reader as well: The text has it’s own unity, of course, but the unity that the reader establishes is part of its totality. Sometimes it’s merely a case of locating moments of excess within the archival texts, otherwise I use collage techniques to produce these excesses. Within this excess of language characters take shape, episodes surface, and so forth, but narrativization is largely withheld. I think that to appropriate archival material for the purposes of fiction writing, consequently, means to ascribe that material with a particular authority. All of this being said I am reading much more fiction these days (although Liz Howard’s Infinite Citizen of the Shaking Tent stands out as a singular highlight in poetry this year), so it’s not surprising to see my work making some small movements formalistically towards the novel. Konrad Bayer’s The Sixth Sense has exerted a tremendous influence on my work since I discovered it a couple of years ago, and is a beautiful illustration what the novel is yet capable of.

Q: What was it, specifically, about Bayer’s novel that struck you? And, given you mention fiction as an influence upon your work, are you working your way towards composing fiction? Or are you deliberately pilfering fiction for structural influence for the sake of a more expansive poetry?

A: I borrow the following line from the novel for use as an epigraph to “Leap-seconds”: “time? goldenberg said in astonishment, and several days later, after thinking the matter over, he said, it is just a cutting-up of the whole, by means of the senses.” What is remarkable about the novel is its chaos. One takes a truly theatrical surrealist expedition through the spaces and times of Bayer’s text. It’s a jumble and it’s paranoid and it’s irreverent (with regards to the structural rules governing composition, or the consistent expression of time reference). The fragmentation is reminiscent of Georg Büchner’s Woyzeck. I find myself thoroughly entertained by the task of sorting the pieces of works like these. It’s assaulting, there is no question about that, but the humour and imagery and poetry achieved really has no parallel. Who would not be taken in by lines like this: “he sat there before the open window as if before a curtain with these two hills in front of his nose sagging at the middle like the mattress on his bed with this sky like the old rug in front of the stove round like the trees in front of him out there or in there with this branch like the glowing stovepipe at this position of the sun”? I am both working my way towards composing fiction, yes, and, certainly, deliberately pilfering fiction for structural influence for the sake of a more expansive poetry. Sometimes the fiction writers get it right and sometimes they even do it better.

Q: With a trade collection under your belt, as well as a number of chapbooks, how do you feel your work has developed? Where do you see your work headed?

I certainly see threads from one collection to the next, consistencies in terms of motif, subject matter, the value that I ascribe to language and poetry, but the greatest progress has been made in balance.  There are aspects in my earlier work that read incredibly stilted to me now, an imbalance between image and sound, for example. Imbalances between the discourses I fold into the major texts that I am working with. I’m a better collector now. The selections that I make are braver. I feel that my sensibilities have matured, enabling me to better align the form of individual pieces, or suites of poems, to their content. I don’t drive this relationship as I have in the past, instead allowing it to follow more intuitively, reducing my reliance on the intellectual filter. With regards to the second question, in his novel A Time for Everything Karl Ove Knausgaard writes the following: “And as each new age is convinced that it constitutes what is normal, that it represents the true condition of things, the people of the new age soon began to imagine the people of the previous one as an exact replica of themselves, in exactly the same setting.” The notion of making this fallacy of presentism explicit, rendering history in terms of modern values and concepts, is compelling to me. As I continue to work with and expand my current techniques in my exploration of non-narrative representations of historical reality (see Hayden White), I expect my work will begin to more fully embrace presentist interpretations, to more explicitly interrogate issues of bias and morality. Regardless of where I see it headed at this very moment, I expect that I will continue to work in archives with the passion of a collector.