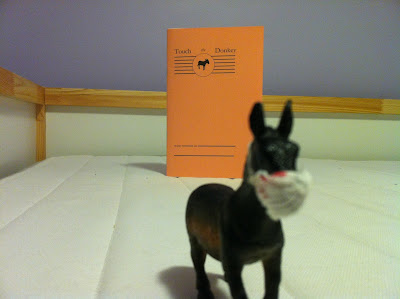 katie o’brien is a poet, community worker, and Netflix enthusiast originally from St. John’s, Ktaqamkuk, on unceded Beothuk land. They currently live and work in Mohkínstsis, on Treaty 7 territory. a peal of thunder, a moment of (The Blasted Tree, 2019) is their third chapbook, and they recently founded blood orange, an experimental poetry tarot. katie dislikes lying, sings a lot, and doesn’t kill bugs.

A: these four pieces are part of a series I’ve been working on for the past year or so, taking the musical score for Beethoven’s Piano Sonata No. 14 in C♯ minor, chopping it up, and reconstructing it. the series is very personal to me – when I was fifteen, my grandmother died, and she and I were very close. I remember listening to this piece the moment she passed away. for a long time after that, I wasn't able to listen to Beethoven at all. working on this series has been a really meaningful journey through that grief.

as a musician and a poet, I'm really intrigued by the importance of punctuation and phrase building. the fascinating thing about building these concrete pieces from a musical score is the way that the sentiment that one might hear when listening to the music can be portrayed visually. as someone who reads music, the compounding, growing forte markings at the end of 'comedia finita est' over the rest in the original score is quite a profound irony, but I think that the visual is impactful even if music isn't a language you're familiar with. I love that concrete poetry can transcend language like that.

A: to be honest, I haven’t been writing very much lately. when I have the time and energy, I tinker with work in this series and I try to keep up with the tarot project I started last year, but the current state of the world generally has me in a state of exhaustion that isn’t very conducive to writing these days.

Q: I can understand that, although I do appreciate that you’re still tinkering on the poems in this series. How many pieces exist in this series? Have you any models for this kind of work?

A: I published a chapbook with ten pieces from this series through The Blasted Tree (Kyle is an absolute gem!), and I’ve finished about 15 more pieces since then. my hope and plan is to process the entire score this way, which I think will end up being about 100 pieces. I became interested in layering text this way in high school, when I would write journal entries over top of one another to keep them from being legible – a way of writing out emotions while still keeping them secret, I suppose.

Q: How has the series been progressing, and what have you discovered through the process?

A: when I first started this project I held myself to a really strict form. for the first few pieces, I took a line from the musical score and layered it in its original form, if that makes sense – no cropping, no rotating, no shrinking or enlarging. I learned that allowing myself some more flexibility was much more exciting and allowed me to explore some different themes in the score. it’s also been a really interesting journey through and reflection on my grief, which has been so cathartic.

Q: How do you feel your process of grieving helped shaped these poems? Do you feel them the result of working through that process, or evidence of the process itself?

A: I think that I wouldn’t have been able to create these poems earlier on in my grief process. for a long time, I wasn’t able to listen to Beethoven at all, so working so closely with the score would have been impossible. I do think that there is evidence of growth through these poems, too, though – a loosening of my original rigidity, some blossoming and exploration in ways that I didn’t foresee when I started the project.

Q: With a couple of chapbooks under your belt, as well as this current work-in-progress, how do you feel your work has developed? Where do you see your work headed?

A: I think I’m better at editing my own work now than I was when I started – better at looking critically at my work and getting to the point. I have worked with some really fantastic editors who have encouraged me to be more intentional and less cryptic in my poetry, which is something that has really impacted the way I write and create. I also tend to have more of a focus on longer-form projects now, like suites and chapbooks – the flexibility of collections is enticing to me, especially given that my poems are usually short-form.

some directions that I’m interested in pursuing: I've been talking with some friends about creating sonic representations of my concrete Beethoven works, which is an exciting concept that I have never experimented with before. my sibling does visual glitch art, which is so beautiful, and we’re talking about collaborating on a remix of my Blasted Tree chapbook. I’m also itching to get back into text work, and have some ideas about ekphrasis and biographical poetry that I’m starting to put to paper. so many exciting possibilities!

A: derek beaulieu really introduced me to what concrete poetry can be, so I love returning to his work, and more recently I’ve been reconnecting with Joshua Whitehead and Vivek Shraya’s anti-racist, decolonial, heart-rending practices. as an editor, I find reading submissions for blood orange to be incredibly energizing, and I also love returning to work by dear friends like Leslie Ahenda, jaye simpson, and Amy LeBlanc. some discoveries that have recently brought me joy include work by Mercedes Eng, Jordan Abel, and Terese Mason Pierre.