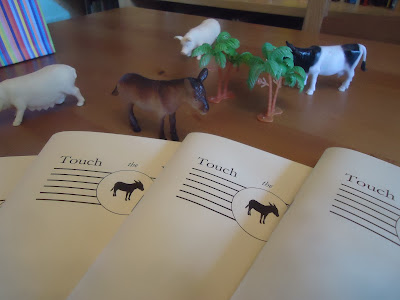 Julia Drescher is the author of Open Epic (Delete Press, 2017). Recent work has appeared in Entropy, Likestarlings, Aspasiology, The New New Corpse, & Hotel. She lives in Colorado where she co-edits the press Further Other Book Works with the poet C.J. Martin.

A selection of pieces “from LOUD OBJECT” appear in the twenty-second issue of Touch the Donkey.

Q: Tell me about the sequence “LOUD OBJECT.”

A: I once thought of it as “failed-essay-as-poem” but that’s not *quite* right…

Generally, I am always thinking about (troubling) reading/being a (troubled) reader. So it splayed out from initially (mis)hearing a kind of “broadcast” between 1. readings of various texts of Frances Boldereff (particularly the letters to Olson & Let Me Be Los), which I was thrown back thru by 2. readings of Clarice Lispector’s The Passion According to G.H. & stories like “The Message” & “The Egg & the Chicken”.

Parts of the book On Hysteria: The Invention of a Medical Category between 1670 and 1820 by Sabine Arnaud are also present (as making up most-but not all- of the direct quotes in the poem).

“Loud Object” as a title is borrowed from Lispector, but (apparently!) filtered through the kind of mistake I am always making which is conflating things I have read: I had it in my head that this was Lispector’s working title for The Passion…. but actually it was for Água Viva.

Also, I didn’t realize it at the time, but Lisa Robertson’s “Time in the Codex” absolutely accompanies/is a vital haunting of “LOUD OBJECT”.

A: Hard to say. Repetition with difference? (hopefully)

I mean, collaging, sound (& the mishearing of things), a fraught relation with the sentence/essaying, will probably always be the spit in the instrument, so to speak.

Q: There are plenty of examples of those who use poems as their thinking forms, composing works that could easily be described as essay-poems or poem-essays, from Erín Moure to Elisa Gabbert to Lisa Robertson to Jennifer Moxley, among so many others. Why would you think “LOUD OBJECT” as a “failed-essay-as-poem”?

A: I guess what I mean is that where “LOUD OBJECT” might exceed what I think, it refuses any desire for subjectivity in a de/generative way. I want to say that the poem(essay) uses me, thinks through me (when, that is, I don’t refuse this refusal)—which is how “poem” & “essay” muddle/get muddled. I’m also just thinking of/trying to think through the feeling that reading gives where there is an inability (a “failure”) to distinguish the object (the text that is read? the reader? etc.) from the “agencies of observation” (the text that is read? the reader? etc.)--a physics formulation that I am very much mishandling I’m sure.
So I wasn’t necessarily saying “failure” in the “traditional” sense I suppose?

Q: I like the idea of a poem exceeding what the author might think, which is reminiscent, slightly, of Jack Spicer’s belief that he was merely a conduit for poems. Where do you see yourself on such a spectrum, between “author” and “conduit”? Are your poems collaborations between your hand and where the poem itself wishes to go?

A: At the best of times, [Julia] is a wave of tendencies the poem makes use of.

At the best of times, anything like “my hand”—which would probably also be “in spite of my hand”—would be a legion of other hands—a Niagara effect (you know, impossible to list). I guess that’s closer to conduit—author as revered subject-state doesn’t interest me (& would—for me—perhaps be closer to an idea of “failure” in that traditional sense).

When I think about this question, the formulation—which could only ever be a fluidity—that I would want to work under would include, but not be at all be limited to; Moten, Robertson, Dickinson, Spicer, Mendieta, Hampton, Bess, Lispector, Boldereff, Arsić, Howe, Weil, Eastman, Kafka (via Paul North) Niedecker, Bower birds….

That is to say (at the best of times) the poem as how you somehow “collaborate” —in spite of yourself— where you somehow are in this “intimacy without proximity” conversation going on.

However/also I feel Spicer’s “all hook, no bait” very seriously—so the only caveat I think I have to the conduit/radio/more+less would be: same as ‘the muse’ formulations, I don’t think this means that you’re completely “off the hook” for the shit you say or do. You know, when it exceeds—again—is when it does so despite your individuation, & when it doesn’t—that’s when you’ve got to “answer for it”, be response-able, etc etc.

Q: With a handful of chapbooks and a full-length collection under your belt, how do you feel your work has developed? Where do you see your work headed?

A: To stay a beginner, an amateur. All belts are off.

Q: How do poems/projects usually begin for you? Do you work with loose ideas of what you wish to accomplish, whether thematically, structurally or with an idea, or do you begin with collage and feel out where the poem goes?

A: I generally wait (which is a listening/looking for) things to strike me—this can usually be anything/anyone--any text: an encounter with reading I am led to, with “the natural” world, an artwork, music, etc. These would be encounters that “show me the door” – in all the valences of that phrase. Who & what I want to think with (which is to feel with) I suppose. But any of this always has any other encounters that came before, so it’s all mixed up. This isn’t to say I don’t start with “my own idea”, but it seems like I do so *in order to* be thwarted—I don’t know if this is just temperament or what, but I don’t necessarily have an accomplishment in mind—except maybe to continue to be shown the door.

A: Other than the people I mentioned above, really it is impossible to list as it is expanding all the time—not to be facetious, but it would just have to be pictures of my bookshelves! I will say, too, that I go in & out of consciousness of this, but in terms of energy & return & just all over my work, I have always been--or also always returning to--my immediate family. In such wonderful de/generative ways, both my parents can really twist some language up!