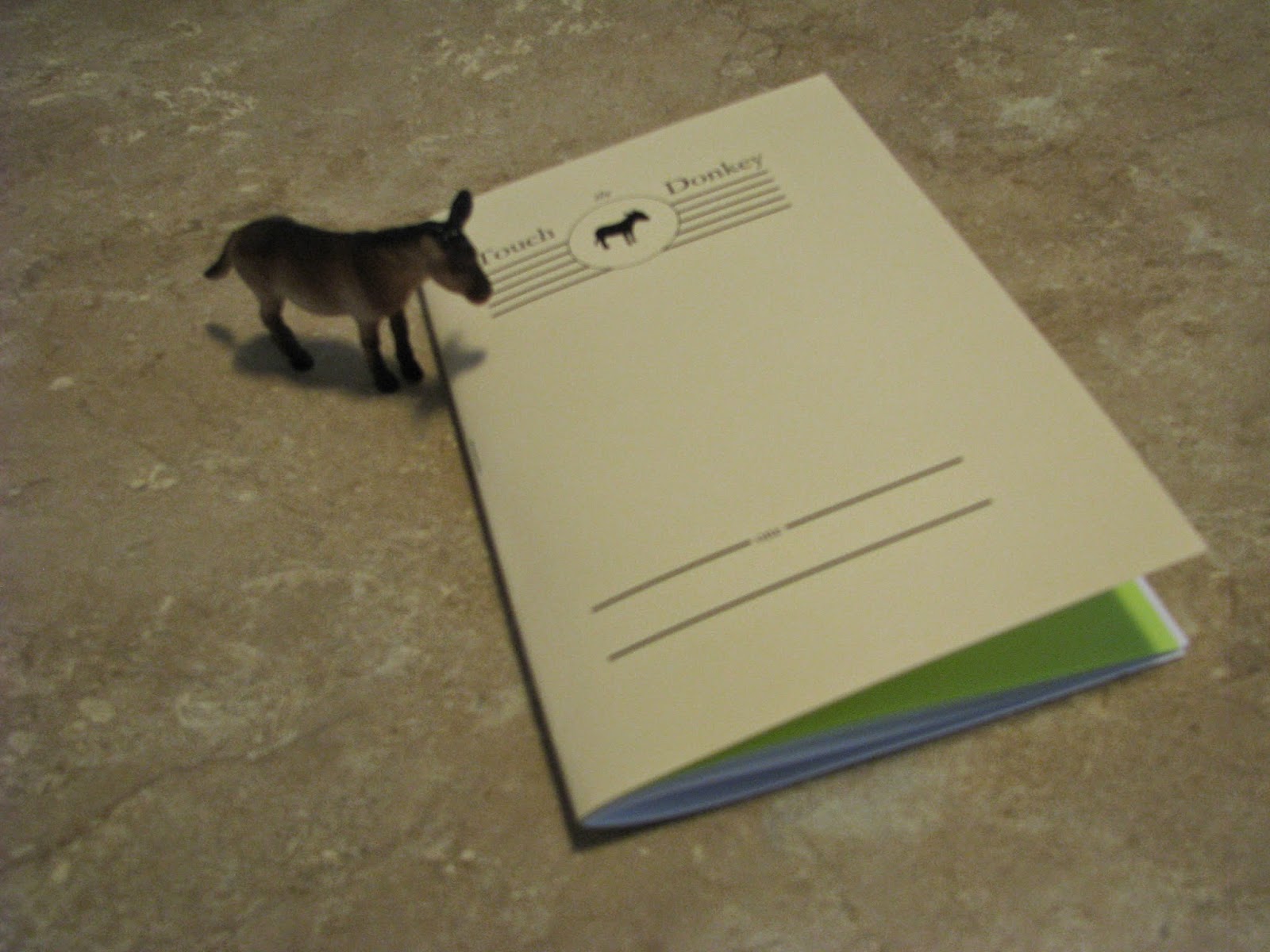 Camille Martin is the author of four collections of poetry, most recently Sonnets (2010) and Looms (2012), both from Shearsman Books. Two chapbooks appeared from above/ground press: If Leaf, Then Arpeggio (2011) and Sugar Beach (2013). She has presented her poetry in more than thirty cities in Canada, the United States, Ireland, the United Kingdom, and France. She makes her home in Toronto.

Her poem “Page Dust for Will” appears in the first issue of Touch the Donkey.

Q: In “Page Dust for Will,” you’re working again with the sonnet. After working on the full-length collection, Sonnets, what is it about the form that continues to draw you in?

A: My poems in Touch the Donkey might give the impression that I’m obsessively writing sonnets! But in reality since the publication of Sonnets in 2010, I’ve written very few of them. “Page Dust for Will” (two sonnets and a villanelle) emerged from a five-week historical and creative course on the sonnet that I taught for the Toronto New School of Writing in 2011. Whenever I conduct a workshop, I do the creative assignments along with the participants. I wrote these poems in response to my prompt to write sonnets in dialogue with the sonnets of another poet.

Q: Who was the other poet?

A: The workshop participants could choose any poet they wished. Since we were reading and discussing Shakespeare’s sonnets, I decided to engage in a poetic dialogue with Shakespeare. The first sonnet in “Page Dust for Will” riffs on Shakespeare’s anti-blason of Sonnet 130 (“My mistress’ eyes are nothing like the sun.”), keeping something of its syntax and argument but changing the subject matter (“My window’s view is nothing like a panorama . . .”). For the second sonnet, I used a concordance of Shakespeare’s sonnets to find instances of colours (golden, black, violet, green, etc.) and their surrounding words in order to weave a narrative—a sort of cento of Shakespearean colours. The villanelle is also a cento, a meditation on impermanence using lines from Shakespeare’s sonnets; the refrain “But earth devours her own brood” is borrowed from Sonnet 19.

Writing these poems and hearing the workshop participants’ takes on the prompt confirmed for me the idea of the sonnet as a form in dialogue with its own history.

Q: Your trade collections so far appear to be book-length accumulations of shorter lyric poems, stitched and even collaged together to form a larger coherent unit. What does your process of putting together a trade collection usually look like, and what are you working on currently that “Page Dust for Will” might end up being a part?

A: Each of my books seems to find its own centripetal pull. Sometimes it’s formal, as in Sonnets (a book of variations on the form), or as in R Is the Artichoke of Rose (a collection of short-short poems). And sometimes it’s thematic—even if loosely so—as in Codes of Public Sleep, in its way a tale of two very different cities (New Orleans and Toronto).

“Page Dust for Will” will probably be woven into a manuscript with the working title Blueshift Road, some of whose poems find their inspiration in the sciences, especially astronomy.

If you were to visit me while I’m shaping the poems into a book, you’d have difficulty navigating my living room—I spread the poems out on the floor so I can see the flow of the whole. I often think musically for the sounds of poems as well as for the structure of the whole, so that there may be elements of the first movement of a classical sonata form (exposition, development, and recapitulation), or of movements of a symphony (adagio, scherzo, etc.), or of a theme and variations. I don’t think it’s necessary for the work to be perceived as such, but I often think of structure in terms of musical processes.

Q: You’ve discussed before your years of musical training, having studied classical piano from an early age through to your mid-twenties. Your practice seems very much a blending of arts, from the musical structures that fall into your writing, to the collage-works that often grace your book covers, and some of this might explain why your compositional process and your finished work give the appearance of being a series of physical acts. What is it about the blending of practices that appeals, and what do you think it brings to your work?

A: To say that such blending appeals to me might perhaps attribute too much conscious choice to the matter. Translation between artistic disciplines such as poetry and music is mysterious to me, yet it’s the most natural and common thing in the world. Songs combine music and words, for example, and spoken language is naturally rhythmic and melodic. I started writing poetry after many years of musical training as a pianist and of reading poetry. I was aware that there might be some transferal of music into my poetry, and I gradually became conscious of some of the possibilities. When I wrote the phrase “like knots in a magician’s scarf,” the rhythm seemed to have a syncopated, almost jazzy rhythm (to my ears, anyway). The qualities of vowels and consonants resonate somewhat like the timbres of different musical instruments, and their combination becomes a kind of orchestration. Some aspects of music, such as sympathetic vibrations or polyphony, translate more figuratively than literally into poetry. And I have a feeling that some specific parallels that I sense are rather idiosyncratic to my own weird brain. Still, they provide a way for me to imagine language as musical.

On a more obvious level of such transferal, I’ve set some of my sonnets to music as a song cycle for soprano with piano accompaniment.

Q: I can’t imagine anyone who doesn’t understand language as being inherently musical. You’ve written a few times on musicality and poetry, suggesting that your writing is composed as an intricate blend of musicality and meaning. Is that a fair assessment?

A. Having a background in music has helped me to express ways in which poetry that I appreciate is musical, as in my essay on Barbara Guest, and ways in which music has influenced me as a poet. Music isn’t normally something I consciously think about as I write poetry—I’m not sure I’d even say that it’s an essence of my work. In any case, I’m suspicious of essences. I’ve written about other aspects of poetry that are as important to me as a poet and literary writer.

Q: Your poems in the first issue of Touch the Donkey are composed as two sonnets and a villanelle. What is it about returning to the classical forms that appeals, and what others have you attempted?

A: As I mentioned earlier, my three poems in Touch the Donkey were written for a class I taught on the sonnet four years ago, shortly after the publication of Sonnets. So they were written for a specific occasion, and it didn’t feel like a return, at least not in any sustained way. By then I was immersed in other projects. With the exception of my book of sonnets and the odd pantoum or sestina, the vast majority of my poems are not written in received forms.

Q: After four trade collections over the space of a decade, how do you feel your work has developed?

A. I can see shifts from one period in my life to the next, as well as from one book to the next. In earlier work I was doing more with translations of various kinds, such as phonetic and thesaurus-generated translations of various source texts—among other kinds of processes. It was liberating for me to use as a springboard the lists of poetry experiments by Bernadette Mayer and Charles Bernstein, which were to me an invitation to play and to expand the possibilities of poetic language. From Sonnets to Looms there is a general shift from lyric to narrative modes. My current manuscript, R Is the Artichoke of Rose is a collection of minimalist poems. Blueshift Road returns to the relatively short lyric with inspiration from science and pop culture. And if I ever finish it, The Evangeline Papers will explore my Cajun/Acadian heritage.

Throughout these changes, I can see a thematic continuity, which I think of as a challenge to various habits of thought and being: cognitive processes, memory, identity, and perception. Immersing myself in studies of correspondences between poetry and cognitive science while writing my dissertation was an enormous influence on some of the themes I’ve explored during the past decade.