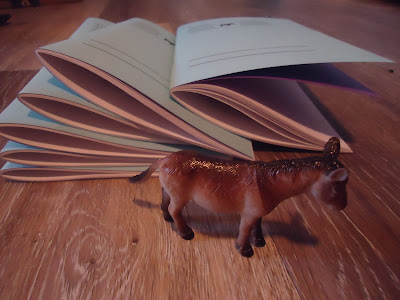 A.M. O’Malley’s poems have most recently been published in several print and online publications including Gramma, Poor Claudia, The Nervous Breakdown, The Newer York and The Portland Review. Ms. O’Malley teaches writing and book arts at Portland Community College and is the Executive Director of a small literary arts nonprofit called The Independent Publishing Resource Center (www.iprc.org) in Portland, OR.

Six poems in her work-in-progress “DEAR BROTHER” appear in the sixteenth issue of Touch the Donkey.

A: The poems are an excerpt from a book length epistolary to my baby brother who was deprived of oxygen at birth and was brain damaged as a result. The poems are each parts of a larger narrative from me to him.

Q: Do you see these poems as a conversation you’re having with him, or as homage? Or even both? What have been your models, if any, when working this project?

A: The poems are a conversation with him that I can’t actually have in real life. A huge inspiration for me was NOX by Anne Carson and Bluets by Maggie Nelson.

Q: How do the poems in this project compare or relate to your other work?

A: I have never written in this epistolary form before but as is true with all my work I find that the form found me. I have never been one to pound language into form. I tend to start writing and let the form take hold.

Q: If not epistolary, what forms have you worked prior? And, given the epistolary is something you’ve only recently begun to explore, have there been any surprises in working with the form?

A: Much of my work defies easy categorization. I am a poet who often writes prose; a memoirist who writes evocative, lyrical passages that can only be called poetry. My first book, Expecting Something Else, was considered by some to be memoir and by others to be poetry. I think that genre is a generality, like gender, and generalities are often boring. The epistolary form provided me with an immediate intimacy and an ability to tell a story from the middle or the end or wherever else I deemed fit.

Q: You mention Anne Carson and Maggie Nelson; what other writers or works have been important to your work?

A: Yes, I am a deep admirer of Anne Carson, Maggie Nelson but I would also want to credit Eileen Myles, Mary Karr, Jenny Boully, Brenda Shaughnessy and Claudia Rankine—all of whom achieve what I want in terms of genre-bending and getting at the personal through means other than memoir.

Q: I’m curious: what made you approach this project as a loose suite of self-contained poems, each sharing the same title?

A: The poems are meant as a one sided correspondence. So, the “title” is really just the salutation one would find on any poem. And, like all letters, the poems meander and go in and out of time and subject.

A: The authors I just named (Maggie Nelson, Anne Carson, Claudia Rankine). The particular works I revisit are Bluets, Don’t Let Me Be Lonely, Nox, Autobiography of Red & Argonauts are all touchstones for me.