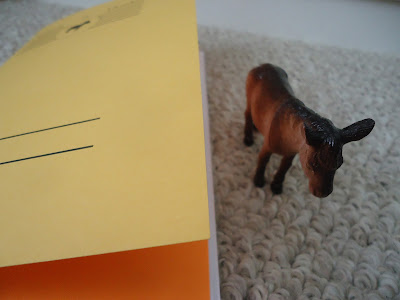 Nathaniel G. Moore is the author of Savage winner of the 2014 ReLit Award as well as other books including Bowlbrawl and Let’s Pretend We Never Met. His most recent book is Jettison, published by Anvil Press in May 2016. He is at work on new Catullus-based projects and lives on the Sunshine Coast.

Three poems from “Lot of Catullus” appear in the twelfth issue of Touch the Donkey.

Q: Tell me about the three poems from “Lot of Catullus.”

A: These are rewrites of Catullus’ poems with a plan to do all 113. The title is based on an eBay term like “lot of Star Wars figures” or “lot of my pet monster stickers” which I guess they repurposed from auctions. The term lot that is.

Q: You’ve explored and re-explored Catullus’ work in a variety of projects over the years. What is it about his work that appeals to you?

A: The length of time I find myself drawn to him. The more I study him, the more I unravel. I haven’t even fully read all his poems. I spend a few months on a handful of his poems and study them intensely. Then I imagine a novelization of the poems. The back to poetry. It’s always fresh. The stuff I’m working on now is almost an interactive genre sampling all about his life and poetry. It took a while away from him to realize he would be with me for a long time. I still buy his books and collect essays and clippings about him like he was a living person. I think about his life. Let’s Pretend We Never Met was a dusting of a larger body of work I have been developing. He was a collage artist like me, taking bits from other poets, styles and influences. I enjoy the class system in his poetry, the use of slang, insulting people by comparing them to goats which was poor people food. He was a psycho but also a sap. He was nostalgic and a hypocrite. A real human being.

Q: Is all of this study, as you say, potentially building up to a larger, all-encompassing project on Catullus, or is it more that you’re working a series of individual stand-alone projects that accumulate into a kind of life-long exploration on his life and work?

A: Probably the later, as I can’t see a publisher publishing a multi-genre effort. Essentially this Catullan focus jumps back and forth and back again between non fiction, fiction and poetry. I like the concept of a life-long exploration on his life and work as it relates to me and other scholars and just him. From the perspective of cultural theory and poetic and fictional narrative. Yet a part of me wonders what a multi-genre single volume (at first) would look like as a final project.

Q: So for now, you are content to explore his work in smaller, more specific projects?

A: Yes, to a degree. Thinking in practical terms, specific genre projects such as a novel or book of essays, or a series of poems is manageable in this day and age. In my last book Jettison, published last year, Catullus had a role in a short story. It was a way to gauge my own interest in that version of him. What he’ll look and sound like in another project will differ considerably down the road. It all stems back to Let’s Pretend We Never Met, a book that still haunts me. New readers discover it and ask me a lot of questions about it. To them it's a very special book and it makes me want to work on Catullus more and more. It makes me feel as though there is more to learn about what he was doing, his friends, enemies, the Roman society at the time. To me, this experience of writing along side the established image and legacy of Catullus is completely new and fresh. When it ceases to be this way, I'll probably give up the ghost.

Q: I’m curious as to your other influences. What writers or works, apart from Catullus, have influenced the ways in which you shape a poetry collection?

A: I feel that I haven’t ever truly shaped a poetry collection on my own. Beth Follett and Emily Schultz shaped Let’s Pretend, and Jason Camlot did most of the arranging in Pastels... As for writers who have influenced me in this regard, I would have to mention those I read heavily, such as, Daniel Scott Tysdal, Gary Barwin, Anne Carson, David McGimpsey, Robin Richardson, Margaret Christakos, Elizabeth Bachinsky, Damian Rogers. But I'm not sure I know how to shape a poetry collection. I’m not sure I’ve ever done it.

Q: If you don’t feel as though you’ve “every truly shaped a poetry collection” on your own, how do you know a manuscript is complete enough to be submitted? Is the process of building a manuscript one of collage that gets re-shaped by another, or one of volume?

A: Well, over the last three or four years for example, I’ve completed three poetry collections. None of them seem coherent enough on their own. I abandon them. I rework them. It’s very unsupervised. The poems get drafted and traded like sports players to other manuscripts. It becomes chaotic, a manic process. Then I turn to fiction for a year or so and never look back. When I have an idea it goes through a filtering system in which it winds up in a poem. But over time, that poem might wind up as a fragment of dialogue, or fake lyric in a fake song in a piece of fiction. I become restless. I also don’t necessarily want to be publishing poetry books. I’ve had some success now in fiction and want to develop that. I could be training myself with these Catullus poems to slip them into a large novel. I do research and realize that the Catullus poetry translation by white males is actually an over saturated anti-market. And I’m not talking about my former next door neighbour Ewan Whyte, but a few US poets around my age who fancy themselves Catullus fan boys very similar to Kilo Ren’s relationship with Darth Vader. I want to do something special I guess and I’m not feeling that any of the poetry manuscripts I’ve completed in the last while are of any substance.

Q: What pushes you to continue?

A: The stimulation I get from revisiting past texts. Whether it is an old poem or short story, I like to see if I can revive it. I don’t think I have the ingredients to be a poet though. I believe you need to have a set of aesthetic expectations and synopsis styled business cards for cocktail parties. I’m cut from a different cloth it seems. We shall see what happens I guess.

Q: I’m not sure I agree with you as far as the “set of aesthetic expectations and synopsis styled business cards [.]” But still: how do you feel your work has progressed over the past decade or so, through two published books and a handful of works-in-progress? Where do you see your work headed?

A: You mean specifically poetry? I have 2 published books of that genre. I haven’t published any poetry since 2009. I feel as though it hasn’t progressed and I am continually feeling alienated by developing poets and new generations of poets. My last poetry book wasn’t even reviewed, and as the saying goes, appropriated from another industry, you’re only as good as your last poetry book / book review. That being said, I could crip a Catullus line of poetry and say that I’m the worst of all poets.