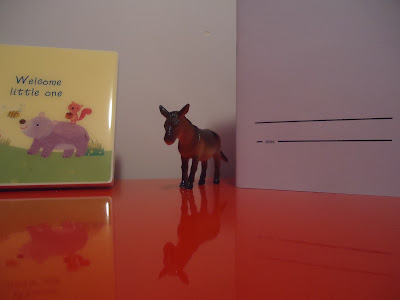 Stephen Collis is a poet, editor and professor. His many books of poetry include The Commons (Talon Books 2008; second edition 2014), On the Material (Talon Books 2010—awarded the BC Book Prize for Poetry), To the Barricades (Talon Books 2013), and (with Jordan Scott) DECOMP (Coach House 2013). He has also written two books of literary criticism, a book of essays on the Occupy Movement, and a novel. In 2014 he was sued for $5.6 million by US energy giant Kinder Morgan, whose lawyers read his writing in court as “evidence,” and in 2015 he was awarded the Nora and Ted Sterling Prize in Support of Controversy. His forthcoming book is Once in Blockadia; he lives near Vancouver, on unceded Coast Salish Territory, and teaches poetry and poetics at Simon Fraser University.

His poems “Morning Poem on Sincerity for Lisa Robertson” and “To a Skylark” appear in the ninth issue of Touch the Donkey.

Q: Tell me about the poems “Morning Poem on Sincerity for Lisa Robertson” and “To a Skylark.”

A: OK. These are both “occasional poems,” although when you are working in a focused fashion on a book project, as I am, even the occasional poems pick up on the themes and ideas that are running through everything you are writing in a given period. So the first poem came after reading and rereading Lisa’s poem “The Seam,” and jumps off some lines there about subjectivity and pronouns (“The pronoun is gratuitous expenditure”), to question once again, as I often find myself doing, the nature of the tenuous polity that a poem which calls, calls into question. What sort of “we” can we call upon in a poem, is a question I think I keep asking in poems.

The second poem was written in June in the south of England, where I was walking across the countryside with poets and a naturalist. We were learning bird calls, and I was amazed by the skylark’s ability to hover. We were also walking with a group of asylum seekers and former migrant detainees, so thoughts of “non-native species” (of birds and trees) and the not comparable situation of human migrants all began to fold together. There’s that whole ancient tradition of bird poems too, an archetype I’m often drawn back to, rumbling around in there too. One of the English poets, I think it was David Herd, had mentioned R. F. Langley’s “To a Nightingale,” and I had read it shortly before writing this.

I guess, so often the “occasion” for an occasional poem is a conversation with someone else’s poem you are meeting for the first time, ideally in unusual circumstances too.

Q: Does this mean that these two “occasional poems” will most likely be absorbed into your current project, or do they remain separate? Given that your books have predominantly been constructed as projects, how often do “occasional poems” occur, and where do they end up?

A: While I’ve moved them in and out of the project a few times, at the end they have been left out. I write occasional poems, situational poems, all the time, and most often they are indeed separate from on-going book projects, so they remain adrift and “uncollected.” My current project, Once in Blockadia (coming out with Talon in September),  has a sizeable section of shorter poems, and these two poems seemed, at times, to fit, thematically, picking up on strands that are further developed elsewhere; but in the end they had to go. The book begins with events from last fall, when I was deeply involved with tar Sands and pipeline resistance, and moves out from there to explore aspects of our changing relationship to the natural world, and each other as real and ideal communities.

Q: I’m curious about how you came to composing larger projects, writing the book, or even multiple books, as your unit-of-composition. Is it a matter of everything being connected, or something more specifically tied to each individual collection? How did your sense of the poetic project emerge, and who have your models been along the way?

A: In the 1990s when I first began thinking about working towards a book, I tried assembling collections of discrete lyrics, but it didn’t satisfy. Still to this day, if I look at a gathering of my shorter poems I just can’t see it as a book. There was the west coast influence of the serial poem and book length project – Spicer and Olson and Blaser. And, in the mid-1990s, there was Lisa Robertson putting together very smart, almost academic “research” project books. So all that no doubt went into it too. But my interests or tendencies were always towards history, ecology, political philosophy, and I wanted the writing of a book to be a process of exploration and discovery. So that’s where things went. Generally it’s been a matter of taking a historical “site” or process – the history of coal and labour in BC, the history of Spanish anarchism, the enclosure of the English common lands – and seeing what I could find there. Typically I get attracted to the pull and call of social feeling around these sites – the voices – so it remains pretty lyric, all the while that historical and philosophical questions are being explored. Occasionally I’ve written a looser book – like On the Material (2010), which is one long sequence with shorter poems gathered around it. And this current project, as yet untitled, which is really about the present moment – the resistance to fossil fuels, the twisted relationship to the natural world, our struggles for a different means of social reproduction – is also a little “looser.”

Q: I’m intrigued about how you’ve shifted your writing into, as you say, “the project of resistance.” It’s something I’ve discussed with other poets as well, specifically Fred Wah and Christine Leclerc, inquiring as to how they’ve managed to live their politics in such overt ways, directly connecting their writing to potential action. What do you see poetry, whether yours or anyone else’s, through such means, could potentially accomplish? Or might that be missing the point?

A: I’ve thought about this – spoken and written about it – quite a bit. The short answer to “what can poetry accomplish,” politically, is – not much. Poetry is something I do while doing other things – it’s a skill set (such as it is) I bring to the social movement activities I’m involved in, just as someone else might bring cooking skills or building skills. Politics is performed by being talking and doing things together, and poetry might find a small role in that. I like Lisa Robertson’s formulation from NILLING, where she focuses on the politics of the address. We could also approach this via the importance of the call (to action, to resistance, to assembly) that the Zapatistas placed at the centre of their project (Howard Caygill, in the book called ON RESISTANCE, is really good on this, though many others have written about it too). So while poetry is the vehicle through which I think, and the vessel of my daily life, its facility to propose imaginative addresses (in my work, to and from the commons) and calls (from all to any) are its significant political role. This is something akin to “inspiration” (so the poem might be called upon to introduce a meeting or event or an action), but I would prefer Caygill’s term “capacity building”: poetry can be one thing that builds social capacity. Other things do that too (feeding people, counselling them, etc.). So I think there are limits to what poetry can do politically, but I do take seriously the (however limited) contribution it can make.

Q: Might this be tied to what you spoke of earlier, the “nature of the tenuous policy that a poem which calls, calls into question” (which may itself be tied to Blaser’s “Practice of Outside”)? I’m thinking, specifically, the “we” of the poem, which presumes a particular grouping outside or even in conflict with another set of groupings. Is your questioning of the “we” via poems attached to the politically-aware “we” of resistance?

A: To me, the “we,” the attempt to voice collective/shared aspirations, experiences – hope, rage, etc. – is crucial, and something the poem especially can propose – quick flights through possible subjectivities. And that “we” has to be elastic, mobile, shifting scales and gears all the time. It’s dangerous, because the white, male “we” and so often has swept up and erased all other possible identities into itself. But we need to keep projecting such possibilities for collective endeavour, or we’re lost. Totality doesn’t scare me much – because I think totality is inevitably and always limited and temporary. Bug to think, to act, to move through the world and history, we need such temporary and provisional totalities to navigate by. OK. A lot of philosophy! The “we,” as I think you’re suggesting, is also an “outside” we must practice. And the poem can be the vehicle of such a practice. Poetry has always been an empathetic art form – a feeling into others and things. Wordsworth wrote to Coleridge: “Am I fanciful when I would extend the obligation of gratitude to insensate things?” That “fanciful” extension of feeling is exactly what poetry is for, and what its “politics” consists of. I think.

Q: With more than half a dozen trade publications over the past fifteen years, including poetry, fiction and critical prose, how do you feel your work has developed? What do you see yourself potentially working towards?

A: I think, all along, I’ve been trying to write in such a way that combines a sort of inward and outward view – that I’ve been investigating form, and the possibilities within language as a material, at the same time as I’ve been trying to state something, in terms that are as clear as possible, in an outward social/political/communicative sense. To do both these at once. And I think I keep inching closer to that. So the books I’ve written feel like short experiments along the way towards a particular, dialectical sort of utterance that I’ve aspired to. I’m always drawn towards kinds of synthesis and those temporary totalities I mentioned before, so the next thing I’m thinking about would be a real attempt to synthesize what all the discrete books I’ve written were haltingly reaching towards. I want to give myself the time and space to really work something complex together. It’s probably nuts in an era of short attention spans, but that’s part of the attraction too – to work against the grain. Write a big, multi-volume “Barricades Project” at last that is at once essay, memoir, poem, and novel (a model here is the radical Romantic John Thelwall, who published such a crazy cross-genre work called The Peripatetic in 1792, and eventually would up in the Tower on sedition charges). So, maybe see you in seven years or so with a doorstop of a book no one will want to read. That’s ambition!

A: Well, I tend to be all over the map. I read my contemporaries (these days, as in what I’ve been reading recently, poetry-wise – Cecily Nicholson, Rita Wong, Peter Culley, Rob Halpern, Jena Osman, Fred Moten, David Herd, Jeff Hilson, Sean Bonney, Tim Atkins – there’s more no doubt). And I read all over the place in terms of period and genre – W. G. Sebald's novels, Proust, are regulars. Wordsworth, since I’ve been in the UK and writing through his corpus once again. Non-stop reading is a necessity, and I feel like I never really have enough time for it.
Posted by rob mclennan at 12:32 PM