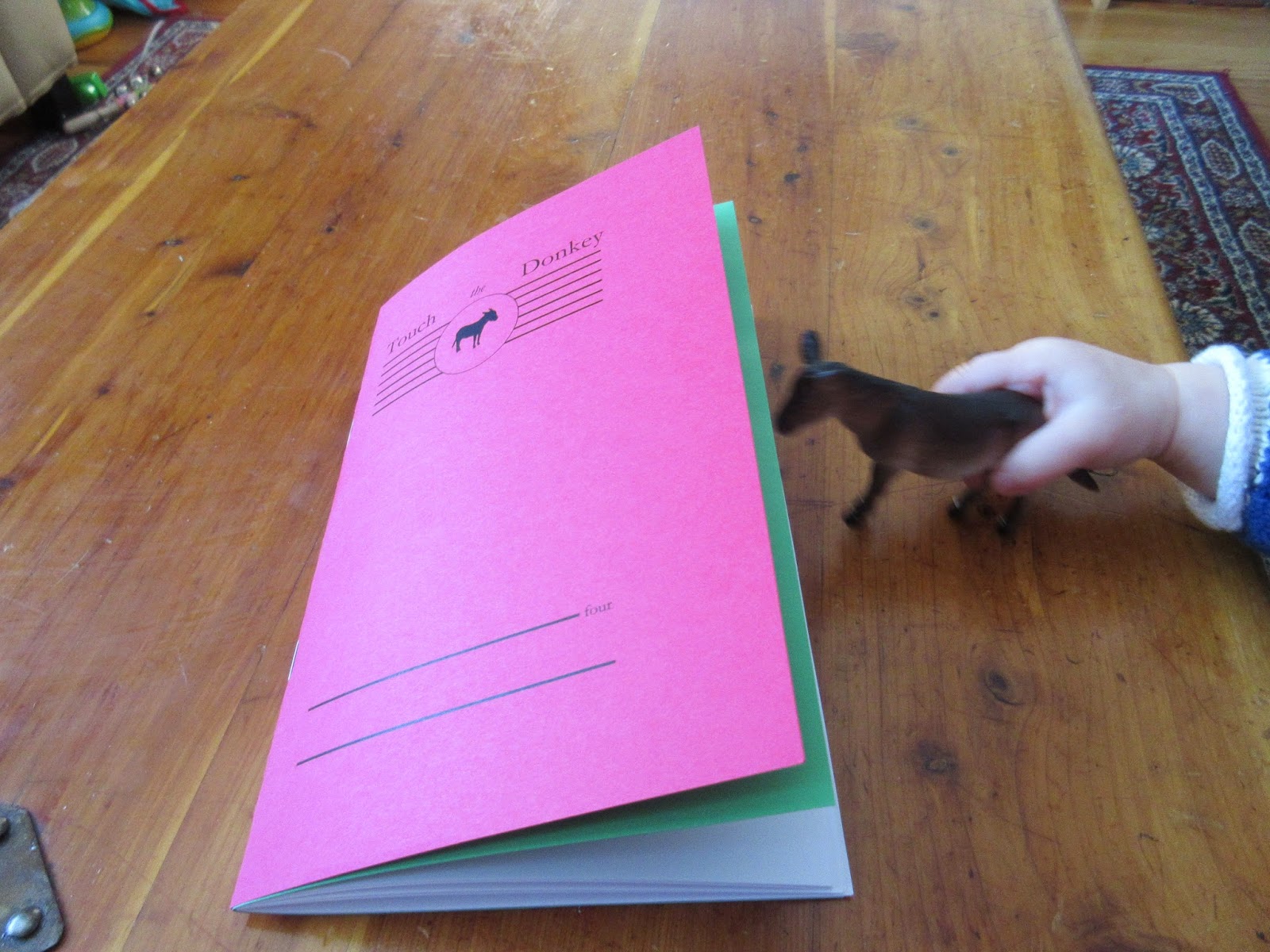 Lisa Jarnot is the author of six books of poetry including Joie De Vivre: Selected Poems 1992-2012. Her biography of the San Francisco poet Robert Duncan was shortlisted for the National Book Critics Circle Award. She lives in Jackson Heights, New York with her husband and daughter and works as a freelance gardener.

Her poem “Part Five: The Sublime Porte” appears in the fourth issue of Touch the Donkey (the same piece appeared previously in Prelude #1).

Q: Tell me about the poem “Part Five: The Sublime Porte.”

A: “Part 5: The Sublime Porte” is part of a long work in progress, a growing book-length poem. I began it in 2009 after my daughter was born. Pressed for time, I decided to write three words a day. At the end of every year of word-gathering, I cobble the phrases together. The book is evolving to be a record of the quotidian—family life, social and political incursions into the everyday domestic scene, and also child development.

Q: With one section a year, that could potentially become a rather lengthy compositional process. How many sections/years do you think the finished manuscript will have? It also makes me curious about how you feel the shift in approach is changing your writing; how do you feel this project is different from your previous book-length work, or even the way you see your individual poems?

A: I’ve never written a book-length poem before, and have always wanted to, so the opportunity arose through the circumstances of slowing down to be a parent. I expect the book will sprawl on until it comes to some organic finishing point. I’ve joked that it will be 18 years/18 sections, but I really don’t know how it will play out. My work has always been based on sprints of lyric/musical energy, so this is in fact very different that my other works. I think it’s important to include motherhood, domesticity, the household in poetry—the labor-value of these things is always underestimated. And the clarity of children’s insights are overlooked because they are smaller and lesser than us. I am very keen on the idea of democratizing the relationships between children and adults. This is one of my reasons for not sending my daughter to school—I don’t want her to be talked down to and "taught"—I want her to grow autonomously. All of that gets filtered into the poem.

Q: You’ve already published a small handful of poetry collections—Some Other Kind of Mission (Burning Deck, 1996), Ring of Fire (Zoland Books, 2001/Salt Publishing, 2003), Black Dog Songs (Flood Editions, 2003), Night Scenes (Flood Editions, 2008), and Joie De Vivre: Selected Poems 1992-2012 (City Lights, 2013)—so I’m curious at the deliberate movement to change the ways in which you compose new work. Prior to this, did you focus on the individual poem or the book-length collection as your unit of composition?

A: My work has been various. Some Other Kind of Mission was composed as a book of visual collages interspersed with prose poems. Ring of Fire and Black Dog Songs were mostly individual poems. I’m not sure there’s a determined thought behind any of it—it’s just what works in the moment. At this moment I can make time to jot down a few words a day and once a year I can sort them into a composition 6-8 pages long. So, that’s the form.

Q: Given the compositional shift, what differences are you noticing in the work you’ve been producing as part of this “growing, book length poem”?

A: The tight lyric quality of my previous poems is absent, in parts. What happens is that the piece is held together by subtle repetitions that accumulate over time.

Q: As your daughter gets older, how aware is she that she exists in your writing, and are you concerned that she might resist a certain kind of depiction? How do you, as both writer and parent, engage her in terms of “subject”?

A: Yes, good question. Right now we work fairly collaboratively. She often accompanies me on stage, and lately is keen to do some kind of interpretive dance while I perform. I do sometimes joke that she is writing the whole poem. A lot of the more interesting language is hers. I am not sure what will happen if or when she says “stop writing about me.” I mostly take my cue from Bernadette Mayer who wrote beautifully about her kids when they were little. I think it worked for her because she was so respectful of her kids—of what they had to contribute to the world.

Q: Given the long months of note-taking for this work-in-progress, are you working on any other writing projects at the same time?

A: Not writing projects usually, no. I keep thinking of a Robert Duncan lecture where he says his vocation is poetry but he won’t let it interfere with his life. I feel that way—I want to spend time with my family. I also find it harder to prioritize poetry-writing now that it’s clear that the planet is in the midst of a massive extinction event. The ego-driven aspects of poetry feel pretty hopeless given the fact that there’s likely no generation to write forward toward. It’s a paradigm shift I think, recognizing the end of homo sapien and wondering what human culture even means.

Q: What does that mean in terms of your current work-in-progress? Does that make the process of collaboration and composition far more important than what you might end up with?

A: I guess I just don’t see the work as something to be left for future generations. So, I guess we’re here now and this happens to be what I do, so I’ll keep on doing. Definitely sounding it out in readings is interesting to me. That does feel collaborative, having it listened to.

Q: Finally, who do you read to reenergize? What particular works can’t you help but return to?

A: James Joyce usually. I don’t read a lot of poetry, but I do go back to Robert Duncan. Mostly I am interested in history, and in the kinds of things that get shelved under “nature writing”—field guides, wilderness survival, and foraging handbooks.
Posted by rob mclennan at 9:40 AM