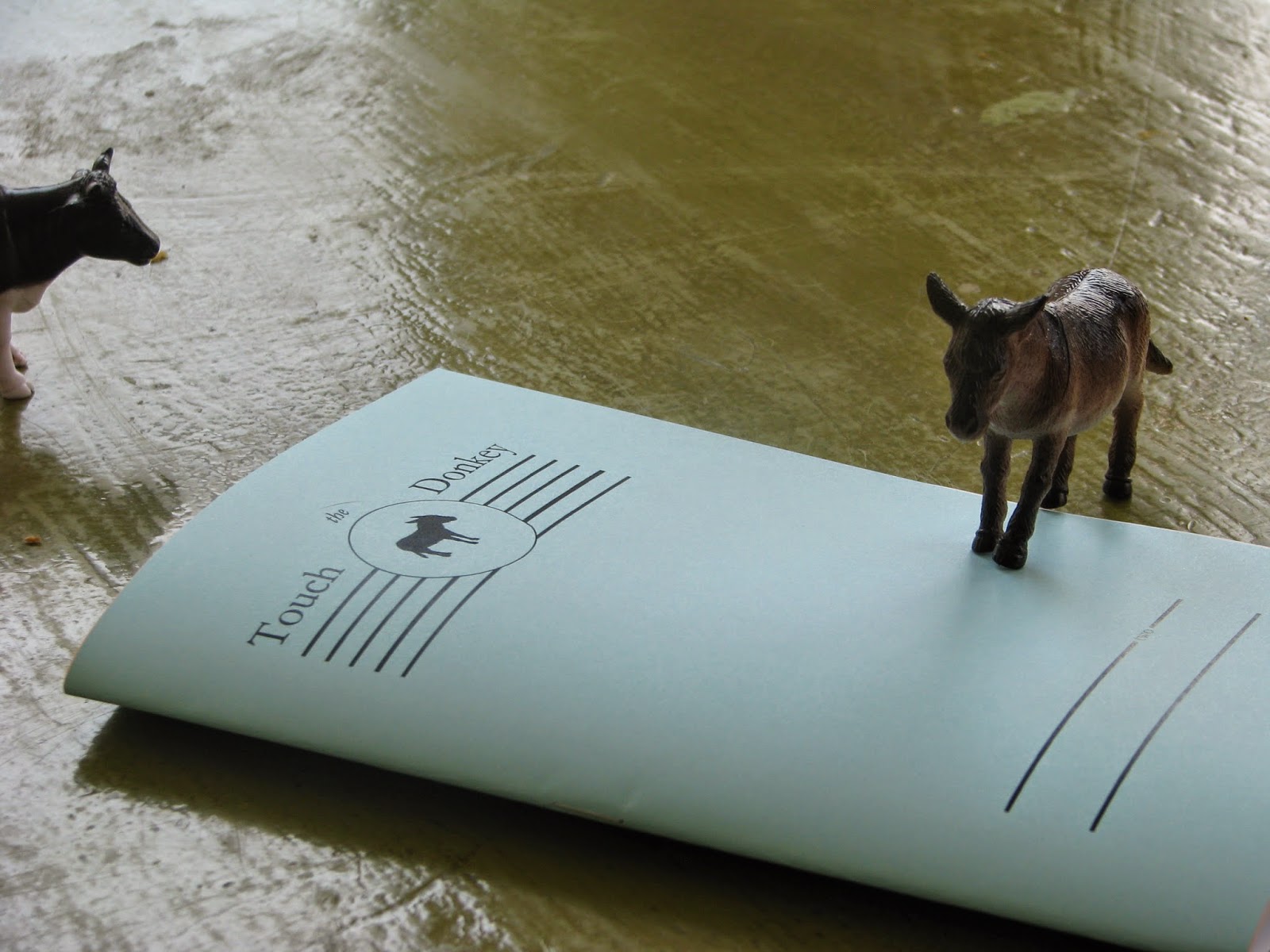 Susan Holbrook’s poetry books are the Trillium-nominated Joy Is So Exhausting (Coach House, 2009), Good Egg Bad Seed (Nomados, 2004) and misled (Red Deer, 1999), which was shortlisted for the Pat Lowther Memorial Award and the Stephan G. Stephansson Award. She teaches North American literatures and Creative Writing at the University of Windsor. She recently co-edited The Letters of Gertrude Stein and Virgil Thomson: Composition as Conversation (Oxford U P, 2010).

Her poems “As Good as I Get” and “Layman’s Terms.” appear in the second issue of Touch the Donkey.

Q: I’ve always enjoyed your engagement with the deceptively straight narrative line, something that continues in the poems “As Good as I Get” and “Layman’s Terms.” What is your specific attraction to engaging the sentence?

A: I guess the relentless exposure to sentences in our daily lives, with their grammatical orthodoxies and go-to syntactical layouts, make them kind of irresistible to me as vehicles for expansion and play. I love grammar—my favourite essay is Stein’s “Poetry and Grammar” where she lays out her idiosyncratic passions for punctuation and parts of speech—and enjoy the sentence as a unit. Sometimes I riddle the syntax and sometimes, as in these two poems, the syntax is familiar but the terms pop out. Both these poems feature sentences which accumulate, rather than participate in the larger arc of a paragraph. I draw the line there!

Q: What is it about the accumulation that appeals?

A: I think of a traditional paragraph as a dogwalker holding a bunch of leashes, each sentence-dog tethered to the main man.  In a more cumulative structure, dogs just keep running into the park, one after another—you never know when they’ll stop! There are interesting relationships among the units, but they do not involve cause/effect or subordinations so much as resonances—it’s democratic. No alpha dog. And there’s a nice processual, self-generating energy that gets going. A few years ago my students complained that I always suggested they rewrite their submissions into list poems. They were right, I did. It was a way to get them to relinquish some intentional control, see where a series might lead them.

Q: Your books so far appear to be structured less as a grouping of poems than as a series of pieces composed as different answers to a central core of questions. Are these poems part of any kind of larger grouping? What is your process of putting together a manuscript?

A: Wow, I’m excited to hear about a “central core of questions”! So far my process has really been one of writing poems now and then until I have enough for a book (takes about 10 years!), without any overarching project or through line. But it’s true that all my poems share some persistent concerns—when writing I think about how we shape and are shaped by language, about how to invite people in to a more intimate relationship with words, how cultural critique can be animated by defamiliarization’s prodding to sensation/awareness.

Q: Does that mean your process is more a matter of accumulation? After two trade collections over the past fifteen years, how do you feel your work has developed?

A: Yes, I guess that’s right! – the poems pile up slowly, and I don’t know what’s coming next. An interest that’s developed over time is in conceptual work, in organizing more poems using found material. But your question prompted me to look back at misled, and then at the pile of stuff I’ve got on the go now—looks like I’ve always had this penchant for mixing aesthetics. I enjoy reading work across poetic ‘camps’ and hope to be that flexible as a writer, too.

Q: What are some of the writers and works you’ve been engaging with lately? What influences are you aware of in your current work?

A: I’ve been pleasantly overwhelmed of late with spectacular work to be seriously engaged with. As a poetry editor at Coach House, I get to dig into wildly exciting work. Coming out this season were two books I got to edit: Sina Queyras’s MxT and Brecken Hancock’s Broom Broom, both phenomenal. I’ve also been working on an introductory textbook on poetry, so I’ve spent several months revisiting a few ‘classics’ and skipping through the centuries, therefore getting a sense of a kind of inexorable poetic energy in the world that’s buoying. I also have some perennial fonts of influence, poets to whose work I turn and return—Harryette Mullen and Robert Kroetsch, to name two.

Q: What appealed to me about the two poems you sent along for Touch the Donkey are for exactly what you’ve been describing, the combination of accumulation, sentence and list, and the rush that comes from wrapping lines across line breaks, as though each stanza is meant to be seen as a single, extended breath. Is the breath something you’re aware of during composition? Are these poems that would be performed as a kind of breathless rush, a slow and steady stream, or more of accumulative pace, picking up speed along the way?

A: Yes, I do think about breath—probably because Fred Wah was a mentor, and he is so much the brass player, the music a function of the lungs. “Laymen’s Terms” proposes a voice, the ‘expert’ explaining technology using esoteric/odd/poetic analogies. I varied sentence length and compression there to vary the pace.  I noticed that absurdity can be delivered effectively both when it’s adagio and when it’s presto! Either way the listener doesn’t learn much more about broadband, but might enjoy the worlds these laymen’s terms open up. The poem ends by telling us “that’s what you want,” something I was thinking about in “As Good as I Get,” which is a collage of found bits from advertising. These companies name their products so as to imply they’re selling ‘values’, so I used the sonnet (roughly!), traditional conveyer of values. The gentle pacing of sonnet is bombarded by relentless slogans and testimonials so the resulting self-portrait is hyperventilated.

Q: Is utilizing found material something you engage with on any sort of regular basis? Is this one of the structural threads one might find throughout your writing?

A: Yes, in fact the word “found” doesn’t even seem right anymore, because in the digital age we are just swimming in the stuff. Material is calling out to be cut, spliced, reshaped, translated, etc. all the time. It’s kind of a funny experience, now, to start with a blank sheet. Doing conceptual pieces alerts us to the borrowing that is part of our every utterance, so I’m more aware of the citational quality of even my “original” work.
Posted by rob mclennan at 9:45 AM