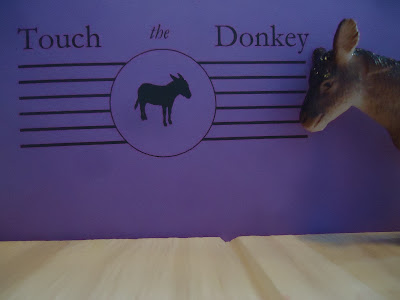 Sean Braune’s first book of philosophy, Language Parasites: Of Phorontology, was released in 2017 from Punctum Books. His theoretical work has been published in Postmodern Culture, Journal of Modern Literature, Canadian Literature, symploke, and elsewhere. His poetry has appeared in ditch, The Puritan, Rampike, Poetry is Dead, and elsewhere. His first chapbook, the vitamins of an alphabet (2016), appeared from above/ground press and his second chapbook—an excerpt from a novel manuscript called Eros—appeared from AngelHousePress, with two more above/ground press titles appearing this year, including the recently-released The Cosmos (2018).

His poems “Minarets of Knowledge” and “Eyez” appear in the seventeenth issue of Touch the Donkey.

Q: Tell me about the poems “Minarets of Knowledge” and “Eyez.”

A: To answer this, I have to talk a little bit about how I think of my own poetic practice. First, like many of my friends, I am suspicious of a poetry that fully embraces meaning. I think that poetry should always push against the meaningful structures of language in order to add some “disquiet” or “disorientation” to traditional practices of writing and reading. For me, poetry is an activity that is produced by reading. I am working on a series of poetry projects right now (of which “Minarets of Knowledge” and “Eyez” are a part) that all engage with a kind of what I call fractural-reading practice—a reading practice that is fractured by the experience of living in the contemporary world—and I find myself (as a subject) constantly consumed and overwhelmed by the frenzy and bluster of the contemporary cityscape and its bevy of information and narrative. I walk around downtown Toronto (or other major cities) with a notebook and pen and I transcribe the pieces of language that I find and it is all a language in pure disarray. I scribble down fragments of conversations that I overhear. Even while reading traditional books or attending literary events, I write down the odd word or phrase here or there … so I am constantly compiling an ever-growing repository of “harvestable” language. “Minarets of Knowledge” and “Eyez” are two results of that harvesting and pruning process. I just read an article on how capitalism feeds on the body’s stress response and the poetry that I’m working on now is an attempt to capture some of that stress response, or what could be called “how it feels to live in modernity.” The language of this stress response—of this fragmented exposure to a constantly babbling language—is the record of an infinity of words that are trying to interpellate or infect us. Possibly I didn’t answer your question. (I also do not think that my approach with a notebook in the frenzy of modern life is entirely unique—a lot of my friends also scribble down fragments of their everyday language experiences).

Q: How do these pieces fit with the other work you’ve been doing lately?

A: I’m currently working on several projects at once that cover several different genres: there’s a weird SF novel that I feel like I should keep a secret because it’s still in its embryonic stages; also, I’m in the process of trying to get a film project off the ground. Six months ago I wrote a script about newlyweds who are trapped in their hotel room / bridal suite and they can’t escape and are forced to live through the rather nightmarish undercurrents of their relationship. To expand on your first question, “Minarets of Knowledge” and “Eyez” are part of a poetry manuscript called Dendrite Balconies, which is a collection that explores the frenzy of contemporary reading practices (as discussed earlier), as well as the inevitability of death alongside the ways that language can be understood as an infection. Incidentally, the notion of a language-infection is explored in detail in my recently published book of theory, Language Parasites: Of Phorontology (published by Punctum Books). It all fits together actually.

Q: Can you speak to the idea of language infection? How does one attempt to make one’s poems infect?

A: When I talk about a “language-infection” I don’t mean an infection that infects others with poetry; I mean an infection that is already present in language. Language often has the quality of acting like an invasive and viral process that infects us from our youngest age and begins to implicate us in a larger symbolic and social order. Christopher Dewdney’s essay “Parasite Maintenance” is a good example of a rigorous argument that speculates on how Poets and Authors are more closely aligned with their own, individual parasites of language. Through the rigour of his ’pataphysical speculations, Dewdney offers a mode of writing where the produced text is written alongside an interior parasitic process. My own poetry tries to negate the Author or Poet in such a way that the Parasite speaks its own unique idiolect. Hence, I try to capture the muttering that exists at the limits or boundaries of sense.

Q: You mention Christopher Dewdney; what other authors and/or works have influenced the ways in which you approach writing?

A: That list of writers is ever-growing and ever-changing. Recently, I’ve been loving the experience of engaging with Jordan Abel’s work. David Peter Clark’s recent book / codex Spell was haunting and wonderful. Currently, I am re-reading Robin Blaser, which has given me a lot of ideas. I should say though that nothing is possible without Cormac McCarthy and James Joyce.... Along a separate road, I have the joy of regularly sharing writing ideas or drafts of pieces with Mat Laporte and Fenn Stewart and if either of them nix something I’ve written, then I know it’s not going to work because I trust their aesthetic noses above all. I should add that my creative work has been fully influenced by Fenn and Mat: Mat’s RATS NEST is a wild romp that breaks new and adventurous ground in fiction and Fenn’s chapbooks An OK Organ Man, Vegetable Inventory, and her BookThug book Better Nature are all completely bazonkers good. She’s a master of poetic rhythm. Mat has a masterful ear for surprising textual and semantic collisions and I feel like Mat and I have similar demons: we’re both trying to write ourselves out of a kind of haunting or possession—hopefully, we both manage this “escape procedure.” One hopes. Fingers crossed. Beyond this list of influences, I repeatedly re-read Catriona Strang’s Low Fancy, Liz Howard’s Infinite Citizen of the Shaking Tent, Lisa Robertson’s Debbie: An Epic (because they each have, I think, some of the best SOUNDS that I’ve ever heard), and Paul Celan’s collected works.

Q: You say you’re working your way towards a first full-length collection. What is the process of putting a first manuscript together, and have you any models in mind for the construction? Are you finding the process different than putting together your above/ground press chapbook? Will that material, also, be included?

A: Good question. Yes, much of the material from the vitamins of an alphabet will be included—with some exceptions: the middle section where I was experimenting with my “Poequations (after Smithson)” will not be in that work (they didn’t seem to fit with the rest of the extended manuscript). To re-answer your second question: I find that, regarding poetry, I tend to work on specific small projects all at once; for example, the poequations that build on Robert Smithson’s word heap are one project and I have a lot of other specific constraint-based projects that are ongoing (some traditionally conceptual, some Oulipian, some lyric conceptual, some visual, and some straightforwardly lyric). In this sense, I am inspired by the spirit of passion and genre-bending qualities of bpNichol. Dendrite Balconies (which will include parts of the chapbook) is primarily the result of my fractural-reading process (that I described earlier), and I think that it’s a more “digestible” project than my earlier full-length poetry manuscript called Labyrinthitis (that I’m still re-tooling and trying to find a home for). I find that presses (even so-called “avant-garde” presses) are heading in more conservative directions in these times of economic precarity, which means that a manuscript like Labyrinthitis was, I think, just too “out there” to be published in today’s age. In some ways, I think the new one—Dendrite Balconies—is more “of the now.” Or who knows? We’ll see…

Q: I agree with you on the overall shift in Canadian publishing away from more experimental works, although I’ve been seeing that shift going on for a decade or so now. Apart from simply writing and publishing (even self-publishing) our ways through it, I don’t see much way through or around it. What do you feel has been fueling this shift, and what do you think it means?

A: Yeah, it’s a sad trend. I think of the history of Can Lit as containing this extremely exciting experimental tradition that can be found in the Toronto Research Group, the Canadian ”Pataphysicians, and other places, presses like Coach House or BookThug, or magazines like Ganglia and grOnk. We also have Nicole Brossard and the exciting work being done in Quebec! Unfortunately, I feel like the trail-blazing trends and canons of Can Lit often go unrecognized due to some of the more boring and standard “pop” Can Lit that gets read and represents Can Lit to the rest of the world. I wonder if the market for the avant-garde has really changed—I mean did people ever really buy and read these texts in droves? Really?—or if now we live in an economic era where publishers just can’t take the same kinds of financial risks. Or don’t want to? I’m not sure. I mean most of my friends would buy experimental texts and they’re also hungry for a little bit more adventurousness, but I’m sure that their enthusiasm doesn’t translate to the rest of the market. I remember finding the first John Riddell book I’d ever seen in the stacks at Robarts (hidden away behind some other books!) and I was completely floored. I’d never seen something so gorgeous and nuts! I wonder if someone like Riddell could get published nowadays? Maybe. Maybe not. Maybe somewhere. I don’t know. I do think however, to plug your own work and labour for a second, that above/ground press has always gleefully pushed against this trend towards conservatism so there’s still some hope!

A: There is a pile of these works on the table next to my bed and I repeatedly re-read them before sleep so that, as my “faith” wanes, it is rejuvenated before I dream. This “pile” currently consists of Fenn Stewart’s An OK Organ Man, Kevin Davies’s Lateral Argument, and Harryette Mullen’s Recyclopedia.... Yeah, these texts keep my hungry.