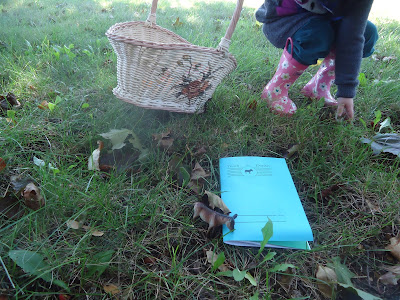 Oana Avasilichioaei’s poetic work traverses border spaces, textual architectures, multilingualism, sound and photographic translations. Her five poetry collections include Limbinal (2015), a hybrid, multi-genre work on notions of borders, and We, Beasts (2012, winner of the A. M. Klein Prize for Poetry) and her recent soundworks include THRESHOLDS (2015) and MOUTHNOTES (2016). Also a translator, she has published several translations from French of Quebecois writers and from Romanian of Nichita Stanescu and Paul Celan. She has given many readings/performances in Canada, USA, Mexico and Europe, and can be found at www.oanalab.com.

A short excerpt from her “Tracking D’s Animal (a survival)” appears in the eleventh issue of Touch the Donkey.

Q: Tell me about the work-in-progress “Tracking D’s Animal (a survival).”

A: “Tracking D’s Animal (a survival),” which is now actually titled “Track, Animal, Fellow (A Survival),” is a long poem inspired by Jacques Derrida’s influential essay L’animal que donc je suis (which is typically translated in English as The Animal That Therefore I Am (More to Follow). I, as a kind of “language animal,” track his use of the word “animal” to write a long poem that playfully yet responsively explores various borders between a physical animal and a metaphorical animal, between poetry and philosophy, between two languages (French and English), etc. In the landscape of the page, a subject literally follows D’s animal word in order to become the animal (according to the double meaning of the French word suis as both being and following) and free the word-beast from the philosopher’s argument, let it loose in a new forest of language, an aural wood of meaning’s animality. In the proximity and distance to the animal in the subject’s metaphysical core, in the porous place between two languages, “Track, Animal, Fellow (A Survival)” explores an animality of language and a language of animality.

This long poem is also part of a book-length project called EIGHT-TRACK, which will be composed of eight tracks (or series), each of which will investigate one of the various meanings of the word “track,” such as musical and cinematic tracks, speech tracking, animal tracking, human tracking and systems of surveillance. Some of the “tracks” in EIGHT-TRACK will also exist as an audiovisual installation and multimedia live performance.

Q: What prompted the shift in the title?

A: Some of my titles can be in flux for a long time. The initial title was a place holder, but I have also decided that I do not want to allude to Derrida’s name in the title itself. While my poem is inspired by his essay, I would like to be free to go beyond and outside of the philosophical ideas of his essay.

Q: I’m curious how you arrived at the poem as the form you use to respond to an essay. What do you feel poetry allows that other forms, such as critical prose or fiction, don’t, or don’t as easily?

A: I have long been fascinated by what happens when one takes aspects of one form into another form, by what kind of productive tensions and pressures that can create, what kind of possibilities that can open up, what trajectories in thought or happy accidents that can encourage. I like to explore, for instance, what happens when one uses the rhetorical turns of prose in poetry or the brevity and disjunctures of poetry in the essay form.

More particularly, there were several aspects that led me to respond to an essay with the “Track, Animal...” poem. One of the things I have always appreciated in Derrida’s writing is his deep investment in language, in this case the French language, in the unpacking and unfolding of the very nature of words and their meaning. I would say that there is a poetry to his philosophical meditations, a musicality that I find compelling. So I became fascinated with translating this poetical musicality not only into another language, namely English, but also into another form.

I’m also really interested in the gaps, leaps, disjunctive comparisons, oppositions, focused cluster of words that are some of poetry’s tools, as well as the tenor and amplitude of the space between the words, how not only the words speak but how this constructed and malleable space and the words speak together. I feel the voice thus created engenders thinking, but in a way that is somewhat different than an essay, for example. The space implicates one’s body and breath more—one reads in a more embodied way and one has to decide and learn how to read the poem—the sparseness of words makes one more attentive to the meaning of their sounds or of their visual arrangement, not just their denotative sense, and the focus and gaps/leaps in thought between lines or words requires one to fill in those gaps or make those leaps. While it is possible to read prose in a more passive manner, I do think that reading poetry requires active involvement, at least if one wants to enter into and immerse oneself in it.

Q: Over the past few years, you’ve been performing with looped audio, playing with overlapping sound in really compelling ways. How has sound and your use of multiple/overlapping voice impacted your work on the page?

A: Initially, it was the work that I had been doing on the page that inspired me to begin working with sound. I needed to find ways to translate the layered, architectural, multi-voiced page into a layered, multi-voiced oral/aural space. At first, I created audio-only performances, but later I expanded this to audiovisual performances (a mix of voice, sampled sounds, effects and visual projections, mostly collaborating with another artist, Jessie Altura, to make the visual projections).

So while I think that initially it was the page that was influencing the sound space, I do believe that now the sound/visual work is beginning to have some impact on the page. One of the more obvious influences is that this work has made me sometimes consider the page as a score, as though I might think of the words as similar to musical notes. Another might be that while I have long had an interest in the voice, I have felt even more pulled towards thinking about voices, voicing, dialogue, monologue, address, etc. when writing, and thus exploring various forms of voicing. And I sense too that I am paying even more attention to the musicality of a word or a phrase or a movement.

Though while the page and the stage, word and sound may affect one another, I also believe that ultimately they are very different arenas, and that their distinctions are worth exploring in themselves. I find that I think very differently when I work with sound than when I work with words. Soundwork involves intense listening, abstract structures, time structures, a great deal of repetition, sometimes a process of trial and error. In composing, I may try various things, listen (with my whole body) to how they are working, then remove, add, alter certain elements, listen to what effect that has, then alter aspects some more, and so on. This process can go on for months until I settle on a sequence that works and that may be only 10 min long.

Also when you work with sound, you have to retain that sound in your body memory, for once you make a sound, the next moment that sound is gone but it needs to maintain a relationship with the next sound. When writing, the words are right there on the page in front of you... the process is more material, while with sound it is more fleeting and abstract. Also, since I don’t use conventional musical notation, I’ve also needed to develop ways of “scoring” these sound performances, so that I can repeat them, which has been a fascinating aspect in itself.

But I also remain committed to the book as a form and wish to keep working with it, exploring its potential. The page is such an intimate and imaginative space; it is not a space I wish to lose as a writer and as a reader.

Q: Over the past decade-plus, you’ve published five trade collections as well as numerous translations. How do you feel your work has developed? Where do you see your work headed?

A: The translation work has certainly had an impact on my writing (and vice-versa in fact). Working in in-between spaces (between two languages) has made me increasingly interested in polylingual writing, in considering how thought works in different languages, in using aspects or structures of one language in another language, so these are definitely aspects I wish to keep exploring both in writing and in sound. I am also currently very interested in the transitional space between sense and sound, words and music, so playing with oral spaces that gradually shift sense words until they become music, and sound until it becomes sense.

Though for me, every new project (whether that is a poetry book, a soundwork, a visual translation, etc.) comes with an exciting and productive feeling of unknowing; it is a new attempt to reinvent what may be possible to do, to try forms or ways of composing that I haven’t tried before, to let the project show me what it needs to be.

Q: I like the idea of composition and translation as variations on writing-as-reinvention. What writers or works have prompted the biggest shifts in your own work?

A: Different writers have affected my work or thinking at different times. I tend to read works in English and in French, sometimes in Romanian, and across different genres. Some of the more recent ones may include (in no particular order) artists-poets like Carla Harryman, Caroline Bergvall, angela rawlings, Mina Pam Dick et al., Claude Royet-Journoud, Edmond Jabès, philosophers such as Hannah Arendt, Jacques Derrida, Georgio Agamben and Henri Meschonnic, and composers such as John Cage, Iannis Xenakis and Christof Migone. Also some of the writers I have worked with, like Erín Moure, or translated, like Nichita Stanescu or Paul Celan, have certainly also had an impact on my work.

All of the ones mentioned above fit this category. My reading often tends to be polymorphous across many genres. I like to allow the work of the moment show me what I need to read, which may be a long work of fiction, or a poetic dialogue, or some philosophy. But I also draw much energy from other art forms, particularly the visual and sound arts (I not only see many art shows, but I also translate a great deal in the visual arts), theatre and music (in many forms, including electronic, jazz, chamber music, opera, etc.). The energy in the work stems from many areas and forms that I wish to keep discovering, that keep me alert and ever curious.