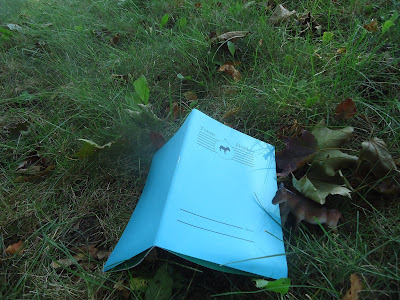 kevin (martins) mcpherson eckhoff is an unwieldily spirit. His most recent book is called their biography (BookThug 2015), which is “wide-ranging” and “fun” according to The Globe & Mail. You can watch him pretend to be a pathetic security guard in the film, Tomato Red. He is plays a pretty good daddoo and hubbub. He recently co-wrote this statement with Phinder Dulai and Robert Budde.

His poem, “an excerpt from… THE PAIN ITSELF,” appears in the eleventh issue of Touch the Donkey.

Q: Tell me about “an excerpt from… THE PAIN ITSELF.”

A: Lately, I’ve been trying to train my retina to ignore the foreground. In 2008, Caleb Zimmerman—I haven’t talked with him in probably five years—he was a good friend from the MA program in Calgary—you can read one of his short stories here—told me about lorem ipsum. I hadn’t heard about placeholder text before because I’m an amateur designer, but he had just got this job in the Communications and PR department at Trinity Western, and showed me samples of lorem ipsum because he thought I’d like it, and I did. It took me six months or so of researching and playing and gabbing with Nick Thurston before deciding that I should recreate the book of its supposed origin, Cicero’s On the Ends of Pain and Pleasure, which, in the 16th century, was published in Latin, meaning that, in theory, this placeholder text could be translated into English, which is what I did, in part, followed by a round of Word 2007’s spell checking for any untranslatables. In 2013, I emailed Tan Lin with a request to blurb what is now my most recent book because I really dig some of his notions about ambience and beauty, but never heard back from him maybe because my style was offensive or it went straight to junk or whatevs, I still like his work, and nevertheless the basic reduction of Cicero’s quarrel, as I understand it, seems like a miraculous analogy for the process of reading: the only reason anyone would willingly experience pain is to attain some ultimate pleasure. Or, as Tan Lin roasts it in Seven Controlled Vocabularies and Obituary 2004 The Joy of Cooking: “The problem is that most poems and films give off too much pleasure. They are not redundant or boring or ambient or generic or flat or iterative or fringe-like or soft enough” (164) and “Happiness is mildly generic or it is not at all” (143). I’m not sure whether my title, then, is cheeky or honest or broth, but I miss hanging out with Caleb and feel that the words within The Pain Itself are meant to be looked at—like panting or silage—as much as they’re meant to be unread (shadowed).

Q: Can you speak more to your opening sentence? I’m absolutely fascinated by the idea of working “to train my retina to ignore the foreground.” What do you consider foreground and how do you feel it has been impeding your work?

A: Maybe I was just trying to sound wily. Maybe it’s an idea in-very-progress. I think the relationship between foreground and background for me is political, insincere, deceptive, religious, embodimental. Foreground might mean “what wants to be seen” or “what wants to be seen as singular”, while background might mean “whatever is surrendered in the service of foregrounding”. Fig. 1. The stem only exists for the petals to be noticed. However, most writing—if it means to mean—reduces everything to foreground: in the flower example, a penlight shines on both stem and petals. Perhaps one way to think about it in language would be to focus on the more posterior parts of speech, like pronouns and prepositions. I feel this is, in part, how Stein’s writing generates an amplified background, by crafting densities of less tangible vocabulary. Another way might be found in Lyn Hejinian’s My Life or David Markson’s later novels, like Reader’s Block, which never really settle on a subject long enough for it to dominate the page, so that a sequence of diminutive foregrounds accumulate into some kind of total background.

I dunno. The purpose of placeholder text is to eliminate any semantic foreground in order to illuminate something that’s not always easy to perceive—design elements like margins, leading, gutter, etc.—and once the design is finished, the placeholder gets replaced. So, I guess the book’s original incitement involved shoving a background forward. And because standard lorem ipsum has a limited lexicon, something like 69 words, over the course of its 140 pages, The Pain Itself quickly begins to read like a cartoon backdrop that keeps repeating as it horizontally scrolls along.

I wonder if a text without foreground allows for apophenia: inventing/hallucinating a signal (subject) in the noise (scenery). Not sure why I value apophenia; perhaps I feel like it insists upon a reader’s agency or demands that comprehension becomes a collaboration. And I know this sort of reading usually feels uncomfortable, useless, and/or exhausting, but so does running on a treadmill or eating carrots everyday. Likewise, aiming my pupils beyond centre stage for more than a moment feels unnatural, which is why I trust it as meaningful action. It reminds me that looking is an active choice that can lend a kind of power to disregarded objects/ideas/people. It sort of reminds me, too, of John Cage’s 4’33. While the literary transposition of that score might seem best represented by a blank page, I suspect any writing void of anteriority would invite a like-spirited attentiveness to that which is easily taken for granted or surrendered in the service of foregrounding.

Q: Your work has become both increasingly conceptual and pastiche, working from found and requested materials. How did you get to this point? You mention Hejinian and Cage, both of whom make sense given what I know of your work, but who else are your models? What writers or works are you conscious (or unconscious) of when you are putting new work together?

A: How did I get to this point? Am I at a point? I guess everyone that you might guess: Gertrude Stein, Bern Porter, jwcurry, Lisa Robertson, bpNichol, Jonathan Ball, Sina Queyras, Moez Surani, Christian Bök, Sharon Mesmer, Jordan Scott, Helen Hajnoczky, Heimrad Bäcker, Rachel Zolf, and the of course bff, Jake Kennedy. But also other folks you that might not guess, like John Lent, Trystan Carter, Lindsay Thornton, Wesley Wills, my grandma, Tim & Eric, Cameron Shook, Trisha Low, and the Muppets. There have been other poets who pointed me to this get, as well, but who have become, at the moment, models of how not to engage with identity politics or to abuse my privilege/identity/power. As I approach new concepts/materials, I try to stay conscious of writers like Tan Lin and Erin Moure, who, for me, encourage progressiveness/experimentation both inside and outside the poems: the ethics of aesthetics, books as seepful products of social conditions, the authority of names, blurbs as reciprocal endorsements, the morality of the quotidian, etc. I dunno.

A: The smile faces that make ourselves in the real, we share and have shared, in the essence of joy, a soul for the same kinda of anguish that isn’t poetry, but which we call poetry! We just! It’s like, okay, see him? Now, see me? That’s it! Or haps or perhaps our collaborations are emboldened towards silliness as a ”pataphysical truth? As a twosome, we become somewhat institutionish, and as such, aim our folly lasers at the follicles of institutions of solemnity of course.

Q: It seems very much that you are a poet of projects, as opposed to one of individual poems. How many poetry manuscripts might you be working on at any given time?

A: Yeah. Pretty much. Including chapbook manuscripts?—between, say, two and five.

Q: I can’t think of any contemporary poets who work with so much energy and joy throughout their work as you do, and there’s something quite wonderful in seeing the kinds of permissions you allow yourself. I remember hearing at one point how there were so many influenced by the work of the late bpNichol, but almost no one allowed themselves the kind of real joy that came through in his writing (so many have actually been called too serious). How is it you are able to appear so openly joyful?

A: You shut your sic key-bored mouth, rob mclennan! This has got to be one of the most generous and exigent questions I’ve ever been asked about my stuff. I’m pretty sure any joyousness in my being or work arises by default rather than by design, and as such is inexplicable, ineffable, and influffable. Laurel suspects it might have to do with my faith in divineness and the freedom to be in this world, but not of this world, like, so little of this materiality really matters in the ends… or in the means. I’ve tried being serious and careerist, a foregrounder, but it just doesn’t vroom me. For the past couple of years, I’ve been trying to figure out how much of this permission and joy originates in my privilege as a white, hetero, cis-male. It’s been diamond to determine whether or not a lot of my work has been useless manifestations of such privilege, which is why I’m happy to occupy some background literarily, as a writer, and there’s a freedom in that, too, eh? Lately, I tell myself that I am a caricature of a white, hetero, cis-male poet, and that position sometimes feels valuable, almost like an implicit/fuzzy critique, and it allows for a kind of idiot-joy to fill my ions and vrooms me little longer/farther.

A: This is a dumb question because I am so dumb at the moment and read so very little. Actually, poetry readings are typically major reenergizers for me because they feel like the anguish and objectionableness to most of my senses, but for now, let’s refer back to the folks I listed earlier, plus some others, like flarfers (i.e. K. Silem Mohammed, Elisabeth Workman, and ryan fitzpatrick); Malachai and Ethan Nicolle’s Axe Cop; Ai Weiwei’s work; Bad Lip Reading videos; Bern Porter’s collages; Soldier, Komar, and Melamid’s The Most Unwanted Song; much Trollthread stuff and GaussPDF things; Don’t Hug Me I’m Scared; and of course bff’s poetry/paintings/emails/skulptures/convos!