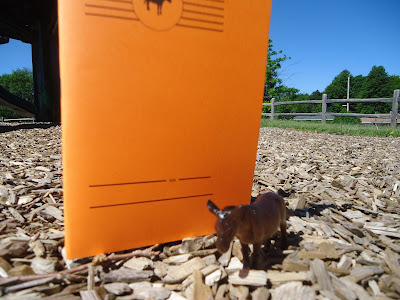 Shane Rhodes is the author of five books of poetry including his most recent X: poems and anti-poems (2013, Nightwood Editions) and Err (2011, Nightwood Editions). Shane’s awards include an Alberta Book Award for poetry, two Lampman-Scott Awards, the National Magazine Gold Award for poetry, the P. K. Page Founder’s Award for Poetry and a nomination for the Ottawa Book Award. Shane’s poetry has also been featured in the anthologies Best Canadian Poetry in 2008, 2011, 2012 and 2014, and Breathing Fire II.

His poem “an excerpt from ‘Wind’” appears in the tenth issue of Touch the Donkey.

Q: Tell me about the work-in-progress “Wind,” specifically the short excerpt included in this issue.

A: In 1691, Edmund Hailey theorized that measuring the time it takes Venus to pass directly between the Earth and the Sun, the transit of Venus, from disparate locations on Earth could finally solve, by measuring the solar parallax, one of astronomy’s big questions: what is the astronomical unit (the distance from the Earth to the Sun)? How big is the solar system? and, more generally, What is our place in the heavens?

There were two transits in the 17th century: one each in 1761 and 1769. In 1761, it is estimated that measurements were made by 124 observers from 65 different locations; however, most of the measurements weren’t precise enough. In 1769, there were about 171 observers at 77 observational posts around the world. Of these, there were two important expeditions organized by the Royal Society of London for Improving Natural Knowledge. The first, led by Captain James Cook, was sent to the newly-discovered-by-Europeans island of Tahiti in the South Pacific; after measuring the transit, Cook was given orders to search for “Terra Australus”. The second expedition, led by William Wales and his assistant Joseph Dymond, was sent to Fort Prince of Wales in what is now Churchill, Manitoba completing the first European astronomical expedition to the Canadian arctic and the first temperature and air pressure readings in Western Canada. Another important expedition was commissioned by Christian VII of Denmark and led Maximilian Hell and his assistant János Sajnovics to Vardo, Norway. Data from these and other expeditions and 1761 were synthesized by the French astronomer Joseph Jérme de Lalande at the Académie royal des sciences in Paris and resulted in a measurement of 153 million KM; Hell did his own calculations and came up with a measurement of 151.7 million KM. The actual distance is around 150 million KM.

This poem, largely found, works with the journals from three expeditions—James Cook in Tahiti and Australia; William Wales in Churchill, Manitoba; and Maximilian Hell in Vardo, Norway—to measure the 1769 transit of Venus. With all three expeditions, the journal records are records of science, “discovery” and nascent colonial endeavours offering a glimpse of 17th century European thought on the edge of their known world.

Q: How does this piece fit with the other work you’ve been doing lately?

A: I’m near the end of a book-length project looking at European discovery texts related, largely, to the exploration of Canada and to the growing fields of science that were part of the colonial endeavour. I’m looking at material from the 15 century up to the 20th and even have a section playing with western comics from the 1950s. In all of it, I’m interested in looking at the roots of European colonization, how it imagined itself and how we now imagine it and turning “found writing” back onto these original texts of discover, finding and keeping.

Q: This isn’t your first project utilizing archival materials, specifically discovery/settlement texts (I’m thinking specifically of your work utilizing treaties). What first prompted you to explore the archive in such a way? What do you think engaging with such texts allows your work to explore that you couldn’t otherwise?

A: I’m fascinated by the stories our culture tells itself and the ones it chooses to forget and how these processes of amnesia and myth making can be traced through historical documents. There is no better way to engage with the past and look at how it continues to shape our present than through the use, reuse, and repurposing of archival material. In this, I also want to look at how I can push conceptual and experimental writing techniques beyond just neat ideas to actually serve a broader purpose of social justice and decolonization.

Q: Your first two poetry collections, in comparison, are composed utilizing a far more straightforward lyric. With your more recent work engaged in more “conceptual and experimental writing techniques,” is the more lyric poem something you’ve set aside for now, or something you’ve outgrown? Has the conceptual framework always been present?

A: I’ve never really seen my more conceptual work as being that different from my lyrical work. In the end, they are both working the same veins and interests. However, I find the conceptual techniques I am currently using—like found poetry—make ethical and moral sense for the subjects I want to investigate. How else can a white man write about colonization and the systematic racism and anti-indigenousness it perpetuates than by sampling the documents our culture has created and continues to create to forward the colonial enterprise? As an artist, it seems limiting to me to just write or create in the same way all the time when we have all these other techniques at our disposal.

Q: With five trade poetry collections, as well as your current work-in-progress, over the past near-two decades, how do you feel your poetry has developed? Where do you see your work headed?

A: Issues of history, social injustice and invigorating poetry with experimentation, design and form are always, I think, going to be of keen importance for me. I look forward to each new project as its an opportunity to try something new, to write into something I haven’t written before.

Q: For quite some time now, your poetry collections have existed as book-length projects. Do you exclusively work on the book as your unit of composition, or are there individual, stand-alone poems that still emerge from time to time? How do your poetry manuscripts usually come together?

A: I enjoy playing with the book as a compositional unit and putting as much attention into book design as I do into a poem. As a reader of contemporary poetry, I find the lack of attention to book design really frustrating — it seems to me that the book should be treated no different than a poem and that, if my poems are bound together by this structure, it should be used to its maximum, its conventions should be played with, and its strictures should be pushed. Right now, most of my projects are book length meditations on specific issues or forms. As for how they come together: slowly.

A: I’ve been wallowing around in the 15 to the 17th century over the past few years as I have worked away on my new project. I love the defamiliarization that these texts can create where you see the reconfiguring of language, syntax and diction — it allows you to see the passage of time and how writing and language have evolved over the ensuing 300 years. A year ago, I tracked down the journal that William Wales kept when he was in Churchill, MB completing the Venus transit measurements in 1769 — they are hand written and kept in a plain envelope at the Thomas Fischer Rare Book Library in Toronto. It is a short journal, mostly full of scientific observations, calculations and the odd drawing. The paper has no particular smell but has certainly begun to age and dry. When I arrived, it was waiting for me on a wooden desk and I spent a few hours taking notes, handling it, scanning it and reading it. I’m sure the envelop hadn’t been opened since the 1950s. I’m sure when he was writing his observations, he would never have predicted that they would be intimately read by a poet 250 years later.

I’ve also been interested in looking at writers who are working the same vein. One example is a poet like Caroline Bergvall with her book Drift (which we were lucky to see in Ottawa when she came her in March for VerseFest)—I enjoy her play with early Anglo-Saxxon narratives and her expansion of the texts in and through performance.