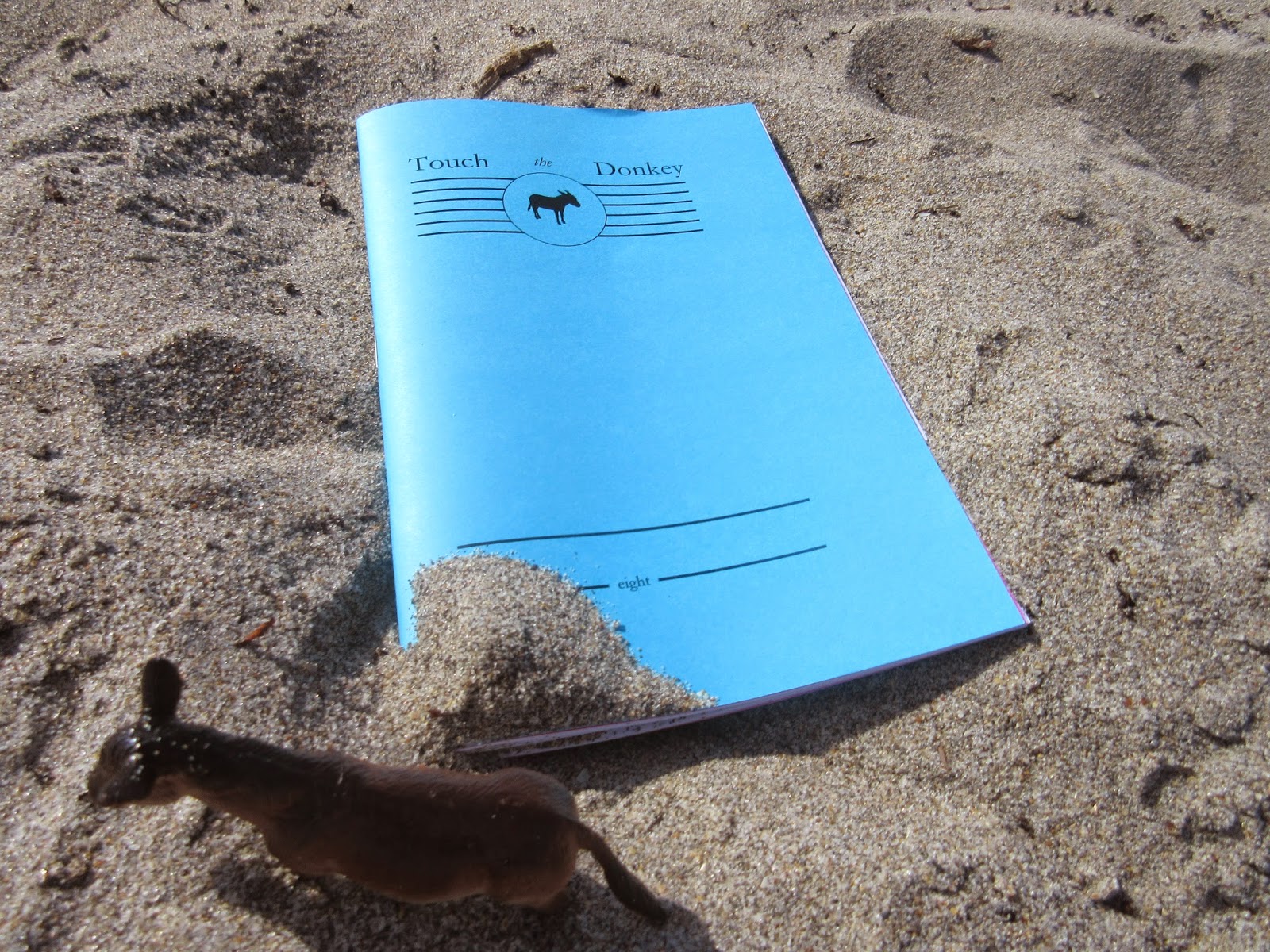 Currently the Poet Laureate for the City of Barrie, damian lopes is the author of several books of poetry and a former editor at Coach House Books. His most recent publication, yasser arafat is dead, is a poetry chapbook published by Ottawa’s above/ground press. In addition to poetry, damian continues to work on his first novel.

His poems “you smiled at her,” “under toes,” “lost,” “last inning,” “agape” and “Richard Truhlar in memoriam” appear in the eighth issue of Touch the Donkey.

Q: Tell me about the poems “you smiled at her,” “under toes,” “lost,” “last inning,” “agape” and “Richard Truhlar in memoriam.”

A: having ignored your question for months, i’m surprised that the poems relate to loss or potential loss. but on reflection, i’ve been writing about that for a while.

with my first book, i began working on book-length projects rather than individual poems. it stems in part from a fascination with narrative combined with the relation between form & content. to me, a collection should make sense, be cohesive before it is fixed & bound.

so these are from a collection of new & old poems, some dating back twenty years, that have never been published in book form, currently entitled away home. it’s gone through many iterations already as i intend to give the book a form the poems weren’t part of to start with.

Q: What was it that made you want to help shape a collection from work spanning such a long period? Were these older poems temporarily-abandoned, or did they simply not fit into the projects you’d been working on at the time they were composed?

A: i didn’t start out writing books, but poems. some of my early work developed into my first two books. many other poems, published in magazines, journals & small press, weren’t part of those or later projects.

technology plays a part too, & has been an interest. my first poem was published in 1990, the same year i started playing with computers again. but i’ve composed very little poetry on screen: i prefer my notebook to my ipad for composition. my last book was written by hand or on a manual travelling typewriter, then edited on screen.

i think it was new software that convinced me to try & organize my published but uncollected poems, & to sift through work that made it out of the notebooks but remained unpublished. some were about language, some about people, especially my father, while others straddled the two. i struggled to divide them into two separate works before conceding.

i still struggle to get myself out of the way, not to impose a form but tease out the best one there. form & content: interweaving two sets of poems results in a different reading. each poem is an arrangement of words, each book an arrangement of poems. book as poem.

Q: After three trade collections (and current works-in-progress), how do you feel your work has developed? Where do you see your work headed?

A: the plagal cadence
of progress a semi
tone sufficient to
colour the question
diminishment
not development
but the interstitial
carved moments not
monumental but
mundane goals to
an eye

Q: Your current poetry work-in-progress includes poems going back twenty years. You’ve also been working on a novel for nearly as long. Do the two projects interact in any way?

A: mainly no. the novel spans four decades & continents, ending in toronto in 1973. it’s my grandparents’ & parents’ generation. the poetry is set more recently & can be more personal. but of course there are overlaps, like family, parenthood, emigration… on many levels, all my work – visual, poetry, prose – interacts. poetry & fiction each have their advantages & restraints. ‘the tale is like the telling’ says a goan proverb.

Q: After quite a long stretch of relative silence, how easy or difficult is it to re-emerge? In 2015, for example, you were named the second Poet Laureate of the City of Barrie. How did that come about, and how has it been? Just what is expected of you?

A: fits & starts. in both writing & the business of literature: the reasons are myriad, in flux & mostly mundane. the writing has been more consistent than the business. that’s more where i’m re-engaging in fits & starts. simply, i struggle for the time & head space to write & edit, let alone the significant clerical work of making & tracking submissions. now my work is unfamiliar to editors, so it feels like starting out again without the vigour & confidence of youth. rejection is part of the game & it hasn’t gotten easier.

so, my novel, The Mango Stone, has been a retreat from the business. it’s too difficult to excerpt, i tell myself though in fact five appeared years ago. for several drafts now, i’ve had the good fortune to work with an astute publisher towards a contract. though its not the publication i’m after so much as telling this story the best i can.

both the city of Barrie & its burgeoning arts community have been growing like teenagers. maturing in surprising ways, but still gangly, awkward & shy now & then. our small town heritage still resists the changes of growth. the arts community here is diverse & supportive. the literary community is relatively small, but nurturing & determined. so while i have not been publishing on paper, i have been performing & engaged locally with some regularity.

as Laureate i am working to develop an annual anthology of poetry by students. a decade ago the city chose to invest in our local arts community, to grow it from within. & it’s working. likewise, to promote poetry in our young city, we need to expose our youth to the true depth & breadth of poetry today, & to point out the poetry all around them. our teachers need support because their training is usually too narrow & their time too limited. so i’m starting with one high school & hope to make it an annual thing.

Q: What has the response been to your laureateship so far? I know you’ve produced a small publication as part of an official event, for example.

A: congratulations, invitations, bemusement, wonderment, disinterest, disdain & at least one good sputtering guffaw from jw that we witnessed together. partway into my term as Barrie’s second laureate, most here are surprised we have a laureate, but they are likewise surprised to learn of our parliamentary laureate. we are talking poetry here. most would likely agree that poetry is as relevant to them as higher mathematics. i’d say they’re right. the study of the intense use of language that we call poetry is not that different from the higher maths that result in the computers we call smartphones. both are esoteric but profoundly influential. perhaps essential for life today. so if i’ve found the response somewhat muted, it’s helped me realize that poetry must engage our youth, & continue the natural language play of childhood. poets need to support teachers in fostering the literary arts in schools. the laureateship makes it easier to open those doors.

A: Nelson Ball’s poetry & Alice Munro’s stories remind & inspire me.
Posted by rob mclennan at 10:02 AM