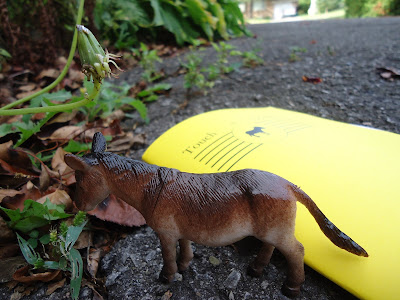 Suzanne Zelazo is a poet and academic currently working in commercial publishing. Her scholarly and creative work engage the modernist Avant-garde. Together with Irene Gammel, she published Crystal Flowers: Poems and a Libretto by Florine Stettheimer, and Body Sweats: The Uncensored Writings of Elsa von Freytag-Loringhoven, the first major English collection of the Baroness’s poems. She was the founder and editor of the small press magazine Queen Street Quarterly.

Her poems “Ménage à Cinq,” “Brancusi’s Golden Equinox,” “Congruent,” “Under My Dress, A Thousand Startled Moons” and “Cher Ubu” appear in the seventh issue of Touch the Donkey.

Q: Tell me about the poems “Ménage à Cinq,” “Brancusi’s Golden Equinox,” “Congruent” and “Under My Dress, A Thousand Startled Moons.”

This poem, and the whole collection explores lines of influence, appropriation, again and always collage, but collage as the rhizome of language and consciousness. The poem is a linking of lines by the poets Mina Loy and Baroness Elsa von Freytag Loringhoven, but it is also queries how their work has become available to us—so the role of the editor—their editors, is also being probed. The modernist scholar Roger Conovor was the first to bring Loy back into the fray when he re-issued Loy’s poems from her only book, Lunar Baedeker (Contact Editions, 1923) along with previously unpublished work, first in 1982 and then again in 1997. While the Baroness did not publish a book during her lifetime, Irene Gammel and I co-edited a collection of her poems for MIT Press where Conover is an editor. The poem is about the amplification of voice in its contemporary moment and in the future moments and voices it inspires. Where one begins and the other ends may be impossible to discern.

Under My Dress, A Thousand Startled Moons

This is about voices on the fringe worthy of centre stage. It is also about falling in love with art and the creative spirit. How does one negotiate the paradoxical seductive intimacy of experiencing art in the absence of its creator—its weird isn’t it?

Two sets of points are congruent if one can be transformed into the other by a translation, a rotation, and a reflection. Again this is about influence, Loy’s and the Baroness’s on me, but more specifically, it is about their influence on the men they loved or inspired whose own work would become critically recognized well before that of these innovative female modernists. Of course the perception of the direction of influence under those circumstances becomes not simply unclear, but often reversed. Twining is also central to this project—is the recognition of self in another about belonging, solidarity and confirmation, or is it about the loss of self, erasure and dissolution?

Q: How do these poems compare to other pieces you’ve been working on? Are they part of a larger grouping, or an ongoing series of occasionals that haven’t yet cohered into something book-length? And how might they compare to the work in, for example, your first collection?

A: The poems are characteristic of what I’ve been working on for a while now— a modernist conversation between the Baroness Elsa von Freytag Loringhoven and Mina Loy, and a more general consideration of artistic influence. They are all part of the book length project (minus one occasional here). As in my first book, collage is central, but I think the collection explores voice—the simultaneity of voices—very differently.

A: For both Loy and the Baroness, collage enabled a dispersal of self, predicated on language as embodiment. Both women daringly redeployed the art form to critique the conventional sexism and pro-war sensibilities which the masculinist avant-garde disseminated. This collection stages an imaginary, sustained conversation between the two poets who in spite of numerous aesthetic resonances and common artist friends (notably, Djuna Barnes and Marcel Duchamp), never engaged with one another. There is no record of any exchanges between the two poets. Their non-relationship thus figures as a curious “absent presence” in modernist cultural history.

Q: What is it about utilizing collage that appeals? What does collage allow that another compositional structure might not?

A: Collage destabilizes meaning, mobilizes verbal and visual puns, performs a resistance to the ontological fixity or essence of the word or art object—emphasizing instead states of perpetual becoming and constructedness.

Q: How do you feel your work has developed over the past decade-plus, from the appearance of Parlance (Coach House Books, 2003) to your current project? Collage was already an important element of Parlance, but your critical work—specifically Crystal Flowers: Poems and a Libretto by Florine Stettheimer and Body Sweats: The Uncensored Writings of Elsa von Freytag-Loringhoven—have obviously made an impact on how you approach your work. What do you feel your writing has gained through exploring early Modernists such as Stettheimer and von Freytag-Loringhoven?

A: With respect to the Baroness in particular, I spent a few years really immersed in her thoughts, her writings, her manuscripts, her wonderful portmanteau words—themselves mini collages, and I think I came to “hear” differently. The Baroness had a voice and an ear like nothing I’d ever encountered—at once hard and whimsical. She is complex, raw and sharp in her perceptions, but she is also deeply humorous. As for Stettheimer, working closely with her writing allowed me a new entry into her painting. Stettheimer’s is a sophisticated, even crystalline whimsy and I think both have found their way into my writing.

Q: How do you feel this is different from your prior work? What has the shift allowed you to explore?

A: As an identical twin, I have long been intrigued by the moment of shared creativity. This work has allowed me to explore the concept of collaboration more explicitly—imaginary or not.

A: Anything by Karen Mac Cormack or Sina Queyras. But, I also tend to go the visual arts—like the work of Toronto-based artist Gord Peteran (in particular, a book of essays on his work Furniture Meets Its Maker edited by Glenn Adamson), or the narrative photographs of Janieta Eyre.
Posted by rob mclennan at 9:24 AM