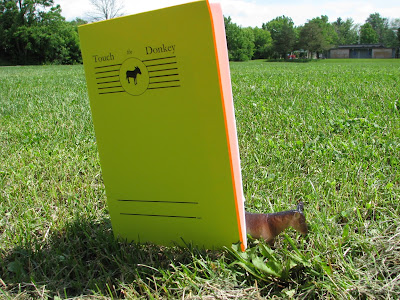 Jennifer Kronovet is the author of the poetry collection Awayward and the chapbook CASE STUDY: WITH. She co-translated The Acrobat, the selected poems of Yiddish writer Celia Dropkin. Her work has appeared or is forthcoming in A Public Space, Aufgabe, Best Experimental Writing 2014 (Omnidawn), Bomb, Boston Review, Fence, the PEN Poetry Series, Privacy Policy: The Anthology of Surveillance Poetics (Black Ocean), and elsewhere. She has taught at Beijing Normal University, Columbia University, and Washington University in St. Louis. A native New Yorker, she currently lives in Guangzhou, China.

A: At some point, I convinced myself that it would be sensible to get a master’s degree in Applied Linguistics. I loved taking those classes, being introduced to new methodologies with which to think about language, new stories to explain all the questions about language I ask over and over again, in my work and in my head.

Years later, I thought it would be sensible and interesting to write little essays about the factoids and personalities I came across in linguistics, but just like my other sensible plans, the project morphed, became entwined with poetry, the language I think with on the page. These poems—they are and aren’t essays, they are experiments and research and reportage.

I always found the very term “speech acts” to be so hopeful and concrete about what language can do, and then I found Austin to be such an interesting figure. Hangul, the Korean script—I’m a little obsessed with its history and design. I’ve been trying to find a way to include informative information in something that is a poem for a long time. “Corpus Analysis” is true in that I actually treated my first book of poetry as a data set, and is untrue in that my methods yielded very unreliable results that I further adulterated. The other two poems are a bit different, they more try to evoke something I sense about how language works and feels.

Q: How do these poems fit in with what else you’ve been working on since the publication of your first book? Are these poems part of some kind of larger structure, or is it too early to tell?

A: I recently did complete a manuscript of poems that all dance around in the field of linguistics; it’s called Loan Words. Or, at least, I think the pieces in Loan Words might be poems. In it, there are also case studies, semantic analyses, dialogues, reinvented definitions, and many other forms that are also in the form of a poem. Some of the poems have real facts, some are vehicles to do new research without the constraints of science, and in some, I am the subject of study. One of my professors, when I was studying linguistics, off-handedly mentioned that many of the most important applied linguists were mothers who studied their children. I was lucky to have that seed, to suddenly be able to observe with purpose when my son was born. The manuscript started then, in some ways, and then moved further from home as he grew.

Q: How does this differ from the studies that formed the poems of Awayward?

A: In Awayward, the experiment that the poems were based on was that of living in China and seeing myself as foreign. I tried to position my brain to see the new as a given and to see myself as a culture I was encountering for the first time. There is no good definition of the lyric, but, for a minute, let’s say that the lyric was the muscle I was using to write. Or the compass I was using to explore.

The studies in the current manuscript—they are mutts. They are in relation to the essay but think with the lyric. They are written from an I intent on being, not the lyric I, but the non-I that is clearly an I in linguistic studies. Is the problem of using language to describe language like the problem of saying I in a poem? I’m still working on that.

Q: One of the more curious pieces in your submission is the poem “Corpus Analysis of Jennifer Kronovet’s Poetry Collection Awayward.” How did this piece come about?

A: In real life, real linguists look at large data sets of speech or writing from a large subset of people to learn things about how language is used. That is a very quick and dirty definition of corpus linguistics. I looked at a small data set by one person—me—to make up something about how I use language.

Do most people, after a few years, wonder if they actually wrote their first book? I did write Awayward, a version of me did, at least. In that poem, I studied my book as if I didn’t have access to the book, as if this data obtained through corpus analysis was all I would ever know about the book, the place it came from, the person who wrote it, etc. The poem is about as far as you can get from legit linguistics work, and yet, I feel like by using the tools linguists use, I created a generative and playful distance from my own writing, found another way to study language with language in this endless room of mirrors I’m playing inside.

Q: Does it actually feel as though a different person wrote Awayward? I understand the feeling, and yet, it wasn’t that long ago that Awayward was published. Do you consider that your approach, as well as the poems themselves, has really changed that much over the past five years?

A: It’s not that I feel disconnected from the book—I think I’m still writing out of the same concerns—I feel disconnected from the act of writing it, from a kind of access to and trust in language that’s changed for me. I don’t give myself over to sound and syntax and disjunction with the same hopefulness, although I’m glad I did. Maybe I will again. I think there’s also something about giving readings that leads to distance. Once you read the same poem in public a couple of times, it becomes separate, a thing. The book is an object outside my head, which is amazing—I’m always trying to refresh the way I think.

Q: I’m curious about the idea of approaching a poetry manuscript as a “data set.” What did you mean by this? I’m curious, too, about who some of your influences have been for the kinds of poems you’ve been writing. Has it been a handful of writers influencing the larger canvas of your work, or a series of writers and writings that have produced works that have influenced you in smaller, accumulative ways?

A: I mean it totally literally. I plugged the words from Awayward into a program that generated a list of the words in the book from most used to least. The poet Brett Fletcher Lauer showed me how to do this. He used to do it with his work, to see how he could use a really specific word again and again without realizing it. Sometimes he thought the word was a crutch and took it out, but sometimes it just means the word is where you are. Until someone pointed it out to me, I had no idea how many times I mention knives in Awayward. I didn’t know I kept going there. Of course, it makes sense: my father collected knives my entire childhood, took me to knife shows, subscribed to the magazine Knife. I was raised with knives in my brain and they tore through the poems without my realizing it.

There are a bunch of writers I read before and during writing Loan Words who expanded my sense of the hybrid, of what can be done when the lyric marries other forms, how fact can enter a poem: Bhanu Kapil’s Humanimal, Thomas Sayers Ellis’s Skin, Inc., CD Wright’s One with Others, Cathy Park Hong’s Dance Dance Revolution, Lisa Robertson’s Occasional Works and Seven Walks from the Office of Soft Architecture, Theresa Hak Kyung Cha’s Dictee. These books blow my mind with their awesomeness. I had Susan Howe and Rosmarie Waldrop in my thoughts too because I often do.

I’m very lucky to have had two amazing teachers whose work continues to teach me when I read it: Mary Jo Bang and Carl Phillips. I often like to read an Oppen poem. I can reread Inger Christensen’s alphabet over and over and be moved differently each time. A Danish friend actually just bought me a copy of the original, which I’m excited to look at alongside Susanna Nied’s brilliant translation. But to be honest, I love reading new books. I’m more likely to be reenergized by something I’ve never read before mainly because there is so much exciting work coming out from the US and abroad. And great presses and friends point me to the things I’ll love. Right now I’m reading a lot of contemporary Chinese poetry in translation because I’m living in China. Zephyr Press is publishing terrific, essential books. Reading them is one of the ways I’m trying to get my real life in China to meet up with the poetry land that’s in my head.
Posted by rob mclennan at 7:54 PM