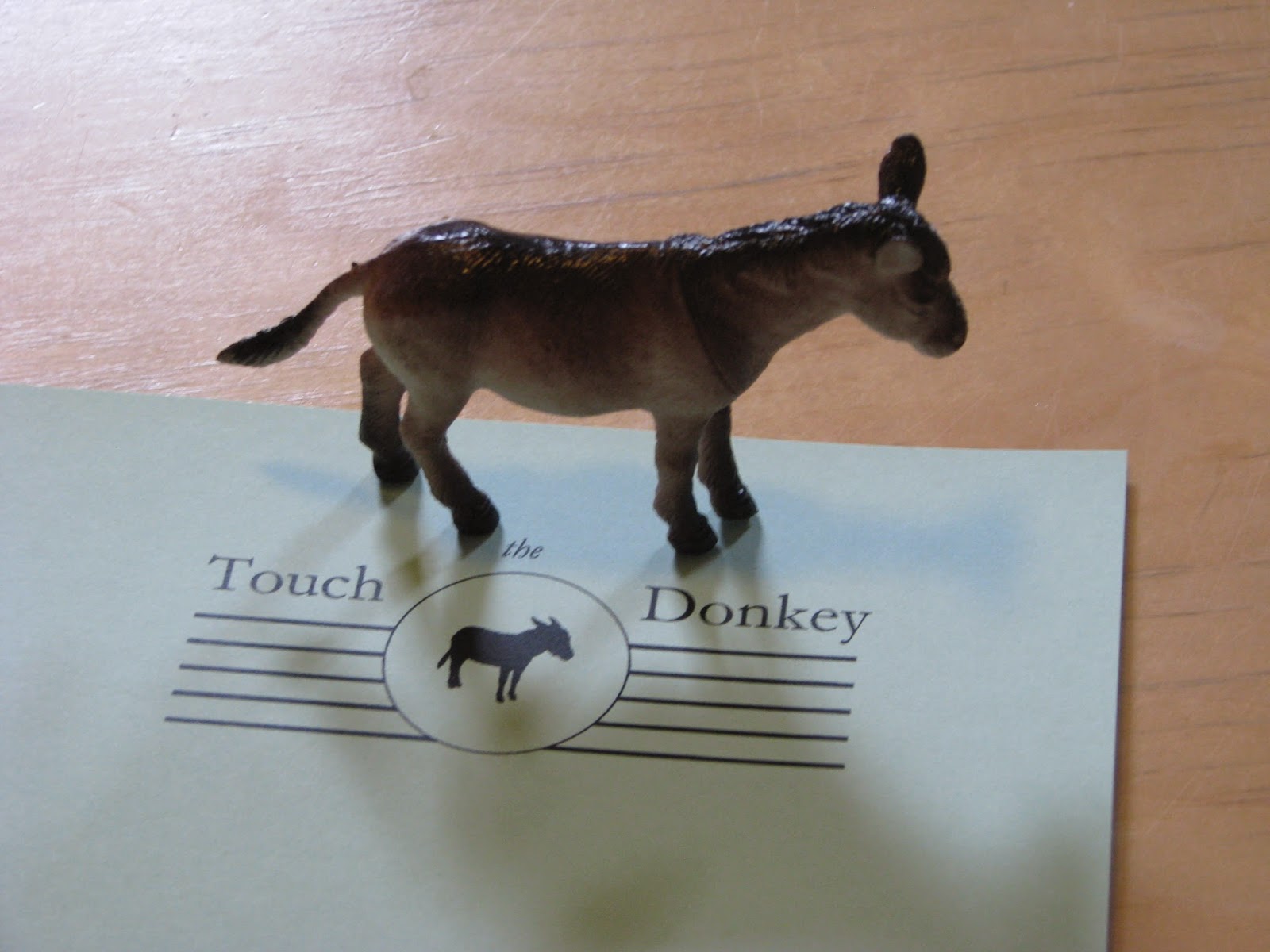 j/j hastain is a collaborator, writer and maker of things. j/j performs ceremonial gore. Chasing and courting the animate and potentially enlivening decay that exists between seer and singer, j/j, simply, hopes to make the God/dess of stone moan and nod deeply through the waxing and waning seasons of the moon. j/j hastain is the inventor of The Mystical Sentence Projects and is author of several cross-genre books including the trans-genre book libertine monk (Scrambler Press), The Non-Novels (forthcoming, Spuyten Duyvil) and The Xyr Trilogy: a Metaphysical Romance of Experimental Realisms, as well as a chapbook through above/ground press. j/j’s writing has most recently appeared in Caketrain, Trickhouse, The Collagist, Housefire, Bombay Gin, Aufgabe and Tarpaulin Sky.

hastain’s poem “queer nuns who collaboratively leave their vows for all kinds of decay” appears in the third issue of Touch the Donkey.

Q: Tell me about the poem “queer nuns who collaboratively leave their vows for all kinds of decay.”

A: How to tell about a poem when the poem tells of the pulls, the pooling, the need for female pierce.

When one part of your name does not correspond with another part of your name unless you do something to make them correspond. You are more God-like than the others know. Take Lesbian further into the body, since nun has been there for many years and has obviously not gotten you into the bed of your sister as a lover—not yet, at least. What will happen next?

The abbey—the architecture in which the change occurs, weeps teat-shaped tears.

Q: What do you mean when you say “the need for female pierce”? Are your poems responses, in your mind, to a particular series of needs?

A: Absolutely, they are responses to needs. Needs are cosmic potentials for communion in form.

To me, language is a place as potentially wild as it ever is structured. It can free us from the ache or insanity of unmet needs by meeting needs within us—but, I feel that we have to be open to treating words as mist and mystery rather than history in order to enable that ages-old magic of cosmic bibliomancy by way of letting narrative or shape-of-a-tell, be led by methods more enigmatic than typically schooled.

Female pierce: that long-awaited moment of inebriation when the woman whom has come to you for the third night in a row, meeting you in the perfume of your dark room to do the holding rite in response to your particular crisis—when this sister who is letting you wail and quake in her strong arms, finally lays you back on your own bed and makes love to you under your long-standing comrade: Christ on the cross...

Something is forever changed now. Both sisters can feel it. Is it that Christ looks at them differently? Or does he just look different to them? Something special is spreading—

Sure, it’s the legs of women whom, for so long have tried to ignore their bodies, but it is also a buttery sound, a guttural sound of female breath bursting. It is louder than the abbey bell.

Q: You seem to favor a particular flow of poetic, abstract language that exists as poem-essay--as the rush of language. Where does a poem originate for you: in the flow of language or in the core of an idea you wish to explore/articulate?

A: Yes poem-essay as rush is a good way to get at it: Niagara or any other rush that is not just a rush but a rush that could take you.

What I feel most strongly about is that a feeling be able to be embodied during the work with language, and then by way of that embodiment, some strange communions come about. What kinds of somatic surgery are possible? What is really taking place here cellularly—and are there any ways to narrate that without forcing it into harsh light?

As a queer person with synesthesia I have sound to sight connections and other kinds of inborn crosses, which can be too overwhelming to bear if another sense is there trying to command them. So—for me, writing is as much an emancipation from traditional sense, from the dominant forefather blabbing his history book and forcing me to leave my door open, as it is simply a work with language because language is one of my favorite lyrical places in the worlds: one of my favorite ways to make worlds.

Are my pages dependent on chance, chaos? Possibly. Are they dark matter being made more possible to manifest as bizarre or queer moments, red vigors on the fringe, by various nudges and mirrorings of a human, in the beauty-making risk of posturing on what is the brink for them? Yes.

Sharon Doubiago said “to wilderness where marriage is possible”—I would say that the site of origination for anything to which I apply my energy and power in order to support it in showing itself as art (be that pages or embodiments or...) is all about the wild richness, the dream spot leaking over, the relief when a grass patch tells you “pick me pick me—I am ready” and you realize that is why you had to take the dusk walk into the woods, that tell-toward-share is the way I could turn that grass patch into a ruddy crown I wear with a fat exhale and Gaia dripping down my face while I make my way toward home.

Q: I’m intrigued at the idea of incorporating your synesthesia in your poem-as-response, something Ottawa poet Amanda Earl has also discussed about her own work. The idea of attempting to articulate the space and confusion between two senses could be extended to your explorations blending literary genres and exploring the space between genders, as well as in your collaborations with other poets. What is it about the clear boundary—whether personal, sexual or literary—that pushes you to resist? What are you aiming to explore?

A: Interesting—I mean as someone with synesthesia, it is not that I necessarily incorporate, as in, intentionally try to experiment with what is already here and a reality for me, like—this is not “experimental” per say—but it is that the nature of how I experience reality as blended, as a saturation state in which aspects between are merging and mixing, in which voices of fragments come through in order to come out: the between and the mix are inherently a part of anything that will ever come through me.

Art coming through like offspring? Yes. And if we are someone who does not identify with carrying and labor then we are the doulas for ourselves. The point is, when this passes through me it carries my DNA onto the page.

The clear boundary in which I rebel, frankly, is the boundary which forces me into a waiting state in which I am abandoned at the mercy of too much inner-data-inter without any love or holding from the exterior which is imposing. That is just not fair. It is pushing the animal body too far. To bite singular into multi-sensory is my animal right.

In other words, why is it within another’s power—a system’s power, to leave me in some faux singularly, in some state in which I must struggle because that state does not include this kind of sensory skew?

Do I blend literary genres? Do I embody the space between genders? I guess so, but I guarantee you that all along, what I was trying to do was be myself and offer all that I can muster in any given moment, for the sake of how who I am, could open, bless, enliven, stimulate and arouse space and architecture: environment.

Q: How does this poem fit in with the rest of the work you’ve been producing? Is it part of a larger project or longer thread, or does it stand alone?

But I hope I generate enough page-communion and variable resonance that no piece ever has to stand alone—we all know what kind of social pressure that put on the cheese. Dear cheese, dear piece: I’ve got your back. I am a practicing Priest/ess beside you.

This poem was written during a green winter. It is interested in the overlaps, the places where two things, perhaps unforeseen in contexts with each other, can touch.

Is it odd and bright like many of my other works? I think in that context it is part of the general whole, yes. But my ultimate dream for any page would be that it be found in the ground, partially readable, partially un, and in the un—that a teenager is able to sound out something deeply ‘in’ for them.

Perhaps it’s not at all to tell anything, but to have somehow led us to where we are going next.

Q: After numerous books, chapbooks, collaborations and other works, as well as your current work-in-progress, how do you feel your work is developing? Where do you think you are headed?

A: I hope I am headed up toward the bright mother and, at the same moment, down toward the dark mother—in other words, into sacred geometry and flourish-sites as well as deepened Priest/ess practice whereby I can actively embody spiritual poetics.

Books are gifts from the forest: sites in which we can offer love back to lost trees.

Collaborations are agreement fields which, upon first glance at the form of an agreement field might not seem to indicate any magic or potential passion, but once merge occurs, reveal that they are ripe for ongoing energy exchange and transmutations of many types!

I feel wonderful about how my work is progressing. It feels like the motile home I have always wanted: the only cosmic home which could truly suit me at all times. I feel I have made a new quality of space in page whereby I, and others who don’t fit some limit of the prescription, can find community and space and reprieve.

A: I read video clips of Tatsumi Hijikata. I read the markings Joan leaves for me on the cave walls. I read the pace of the plants. I read the particles for the transitory faces of the deities.

I read a lot of books. I read the body for musics.

I have some dears with whom I collaborate page and breath: t thilleman, Max Wolf, Sam Ace, Marthe Reed. They continue to support and stimulate me in this plane as I straddle worlds. I am lucky to be with them and I want to buy them flowers. They each offer a particular sensory weight to which I offer back sensory weight.

I want to buy you and Amanda Earl flowers, too.
Posted by rob mclennan at 1:17 PM