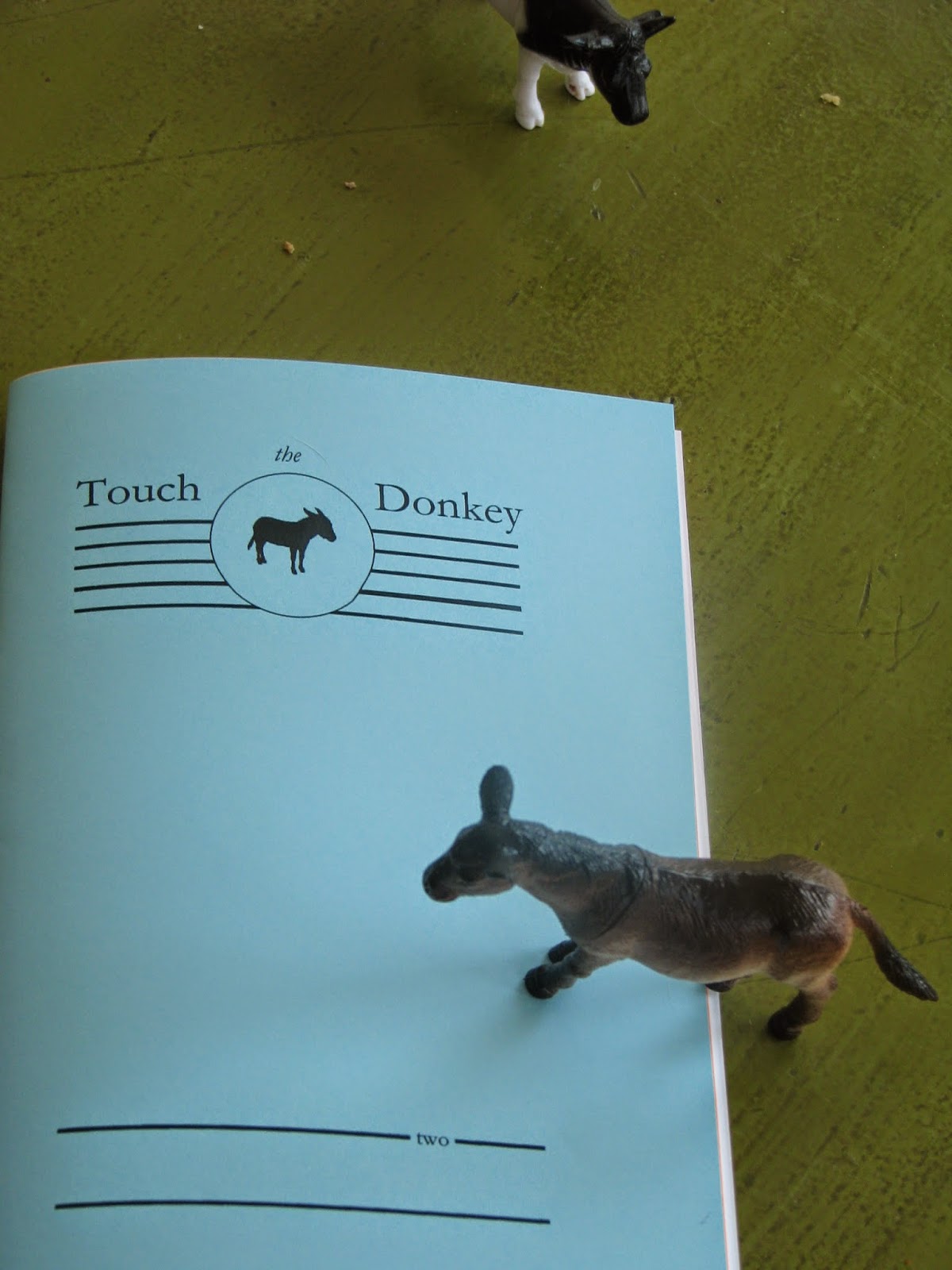 David Peter Clark is the author of two chapbooks: feathereDinosaurs (shuffaloff / Eternal Network, 2012), and the upcoming PENTACLES : A Tunnel Glimpse (BookThug, 2014). His poems have popped in publications such as BafterC, COUGH, Echolocation, House Organ, RAMPIKE, and Yellow Field. He was the editor of COUGH II, and along with Jonathan Pappo co-curates/hosts(?) UHOH, an art performance series/beast in Toronto. Holler: davidpeterclark@gmail.com

His poem “On the Way to the Tranzac on March 7, 2013” appears in the second issue of Touch the Donkey.

Q: “On the Way to the Tranzac on March 7, 2013” is very much an extended, fractured “occasional poem,” an “I did this, I did that” poem, akin to works by Frank O’Hara and even David W. McFadden. What is your attraction to the occasional poem, as opposed to any larger construct?

A: Well, the occasionals are not more attractive than a larger construct; the larger construct is so dominant in my work that the occasionals allow for a breath of something different: a breath for me, and a breath for the audience, which in the case of the occasional poem is an event audience first. When I wrote “On the Way...” I had a reading at the Tranzac. This was during a time where much of my work foregrounded music over syntax. “On the Way...” allowed for the audience to maybe feel like they could do a little less work to receive what's going on. At the COUGH III launch my friend Oliver Cusimano read some great philosophical music to near silence and then named a doughnut to cackling laughter. The relief of contrast soars. Also, occasional poems for readings allow for an eye contact whenever you say “you.” The yous get less royal. The place and date in the title extend those timely intensities into the ever aging page they might then appear in (like Touch the Donkey). If you lay down all these different qualities on spectrums like Zukofsky’s integral, the hip and archaic, the timely and aphoristic, the subjective and objective, types of persuasion, etc, etc, you get a world of contrasts you can explore as tempos, timbres, volumes and rhythm. I’d be missing a valuable instrument if I didn’t have the occassionals. There’s also the ramble and the rest, heh.

Q: So would you say the occasional poems are ones that eventually become their own larger construct? I think of works by Jack Spicer, Jay MillAr or George Bowering, all of whom had collections of one-off poems. Given such, there was something of the “one-offness” that became less so, and more of another series of pieces that fell into a larger construct. Is this something you see your own occasionals doing, or are they purely occasional?

A: It’s funny you should ask that because although “On the Way...” escaped the grips of the larger construct, I’m currently at a phase where occasionals can be absorbed into it. The construct is in the serial mode à la Spicer and Duncan, and for a while would pass over anything in the first or second person. It had no taste for the exposed I, and occasionals could live out their lives in the ears of audiences or crunched up in the boxes of epistle targets. Mat Laporte and I were bouncing inquisitive pieces back and forth without worrying about where they would end up, perhaps thinking that writing that way was even more free of the State and other monsters. Now, although it won’t always be the case, the construct is happy to gobble the occasionals right damn up.

Q: What other larger constructs have you been working on?

A: You might have seen some of the Pentacles around. I’ve come across this coin which makes phonemic and syntactical suggestions as to what must be written. It’s opened some kind of transdimensional tunnelling. It might be the Zahir Borges spoke of. BookThug will be releasing a chapbook of some of the first explorations in the fall. The eighteenth pentacle merged with the mansions of the moon Yeats explored in A Vision. From there I had to consider different desires, masks, fates and creations as I walk or am walked through the affective space of this magical coin. Spicer said “Some poems you never get out of.” Let’s just say I’m a little worried, rob. (Nervous laughter)

Q: From what you’ve said so far, your influence appear very deliberate. If literature is a conversation, who or what do you feel yours is in conversation with?

A: Yeah, I hear this. It’s been an exploration. Although I can’t say the influence is deliberate, I sure can see a certain thread. And I’ve tried at times to shake that thread up. Mat, who I mentioned earlier, helps organize a Contemporary Reading Group which helped lead me to Alli Warren, Julianna Spahr, and Fred Moten. Some stuff you read tells you to stop writing this instant and go help somebody, while other stuff spurs me on. I never know what the conversation’s about. The work seems in conversation with inquest, the weird, desires, animality, and science limits. It’s in conversation with imagination? Is this a cop out answer? Are all answers cop out answers?

Q: Possibly, but then again, possibly not. Your Contemporary Reading Group sounds pretty entertaining, even enviable. How long has that been going on, and who else is in it?

A: Oh, unfortunately I’ve only made it out a couple times when I don’t have work. However, I can keep an eye on the works being read and give ‘em a shot.

Q: How did you first get involved in COUGH?

A: Jay MillAr and Jenny Sampirisi were running the Toronto New School and I took a class with Stephen Collis. After that I took a San Francisco Renaissance class with Michael Boughn and Victor Coleman. At the end of the run the group put some work together as a new Open Space as a nod to the original mag of the same name. For a couple of years after that people continued to meet up along with new faces. We discuss, critique, and enjoy each other’s works near weekly. Michael and Victor have been around writing longer than the rest of us and strongly felt there were those out there who would want to see the work. We agreed to rotate the editor for this new book and that was really the only rule. This became COUGH. The contributors get a few copies and hand them to those they think would want to engage with it.

A: Beyond other works of poetry I find fuel in theory texts and rhetoric journals. Right now I’m enjoying Graham Harman and Kamau Brathwaite. I keep returning to the Black Mountain constellation, but I doubt I'll ever stop rereading James Merrill’s "The Changing Light at Sandover." Eric and Marshall McLuhan's "Laws of Media" and the tetrads within are always a very useful way of looking at words as well.
Posted by rob mclennan at 9:50 AM