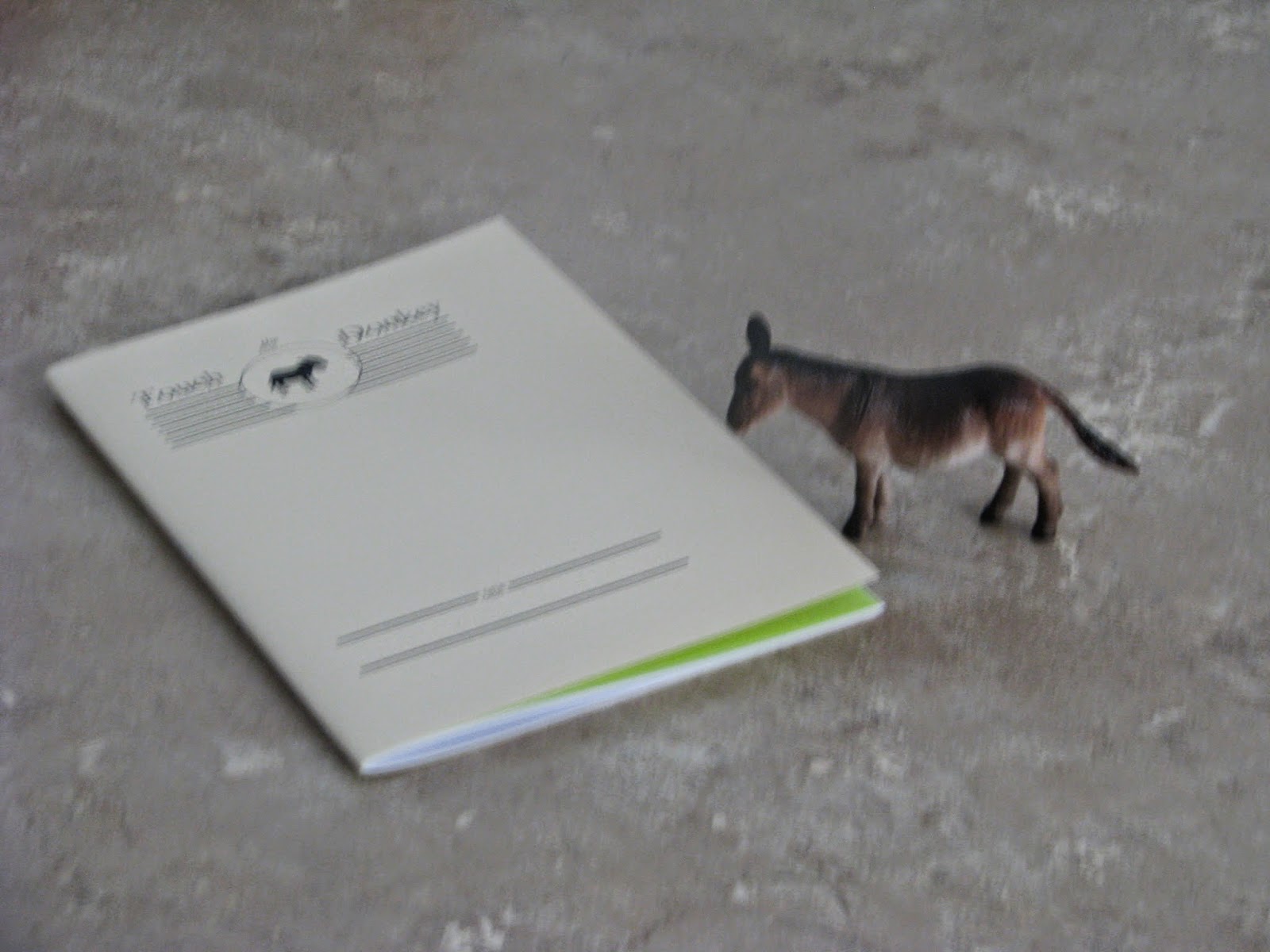 Eric Baus is the author of four books of poetry, most recently The Tranquilized Tongue (City Lights, 2014), as well as the chapbook THE RAIN OF THE ICE (above/ground press, 2014). He lives in Denver, Colorado, where he teaches writing and literature.

His poem “THE UNCONSCIOUS COMPASS” appears in the first issue of Touch the Donkey.

Q: Given that you almost exclusively work within the structure of the prose poem, I’m curious about your attraction to it. What do you think it provides that more open forms might not?

A: One reason for my attraction to prose poems is that the actions and images in my poems tend to wander, modulate, and mutate so by using the sentence and various versions of the paragraph I hope to pressurize or contain the disparate contents. There are so many rhythmic and structural options available within the broad category of prose that I don’t feel like I’ve exhausted the form for myself yet. For some reason I’m able to write and edit with a greater awareness of pace and density in prose than I would be in other forms. For me, prose has a certain built-in velocity to it that I find very appealing.

Q: Some have considered the prose poem a form of near-endless potential. Who have your models been over the years when writing? Who are the writers and works that you can’t help but return to?

A: I read and return to Francis Ponge for his mixture of precise observation and imaginative projection. More recently I’ve been reading Harmony Holiday’s work and learning from the ways that she often moves between sentences, phrases set off with spaces, and lines. I think something that’s often overlooked in discussions of the prose poem is the use of space between sentences and the grouping of shorter or longer paragraphs. I have spent a lot of time thinking about Renee Gladman’s use of the sentence in relation to narrative. I think about the ways that Amina Cain generates immersive atmospheres in her sentences and paragraphs.

Q: How do you go about constructing poetry manuscripts? Are you aware of the book as your compositional unit, or do you focus more on the individual poem, or even the individual sentence? Are your books constructed as complete units or more as a collection of disparate parts that eventually cohere into larger projects?

A: I tend to work by assembling very small pieces together until I start to see patterns emerge. At a certain point I’m able to recognize a handful of formal variants within the larger form of prose poetry. I would say that I do use the book as a compositional unit and that the book emerges out of a collection of individual parts, at various scales, that vibrate against one another. I think of a book as a constellation rather than as a long, continuous scroll. I’ve come to think of my recent poems as prose dioramas or as very short films of a few gestures that eventually accumulate into a language habitat.

Q: What is it about the constellation that appeals? Does that suggest that the poems can be read outside of the fixed order a published collection demands? Can one simply dip into the collection wherever and begin?

A: I definitely consider a certain degree of forward momentum when I’m putting together a manuscript, and there is a preferred arrangement that I hope comes through clearly, but there are subtler echoes and associations that are emphasized by clustering them together in different ways. When I read work aloud from the published books I tend to skip around and pick out themes, sounds, and gestures that might have been dormant if you read the poems in the order in which they were printed. I’m not a very dynamic performer in terms of volume, large shifts in intonation, etc. but one of the ways that performance helps me to think about the poems is by giving me another opportunity to re-sequence them and make new cross-sections of the books.

A: All of my books have at least a few one and two sentence long poems. I think of these poems less as deliberately unfinished or somehow partial residues from a more complete text than as self-contained, extremely compressed experiences.

My newest book, The Tranquilized Tongue, does contain a handful of true fragments in that they are not fully developed sentences. Some of that has to do with constraints that I used to write that book (I tried to write one poem every day, I generally limited myself to the vocabulary of poems that I’ve already written, and I often used cut-ups as a way to enliven the raw materials.) Sometimes during the course of writing my poem for the day, the raw materials I was drawing upon felt nearly exhausted, so I shifted the scale of the poem to become very, very small to avoid repeating myself or to change the pace of the book to give the reader space to rest before being launched into another dense paragraph. For example, this is one of the fragmentary poems in its entirety:

The somnolent.
The transparent.
The corporeal.

A: I think of reading and listening to poetry and fiction as part of a daily practice. Any conscious, intense, highly directed act of attention feels like writing to me. I try to write something small most days, even if I don’t have time to turn it into a finished poem. I like to have lots of little pieces to forget about and return to later. The difference with the poems in The Tranquilized Tongue was that I wouldn’t stop until I had written one poem that I was happy with each day. It had an interesting effect on my body. Some days I would feel like I could write more than one poem but I held back so that I wrote exactly one. The poems felt like they sometimes dragged me out of bed or out of the shower or away from some other daily activity more than they usually do. I felt both charged and exhausted by that process. Maybe it’s because I systematically avoided pronouns in those poems, but many of them felt like they arrived more from “outside” than other poems that I’ve written. They still feel like an expression of my attention in an intimate way, but the writing often turned into a kind of magnetized listening and paring down.

“The Unconscious Compass” was a poem that I made an initial long sketch for and then I went back and completed it over a few weeks. It began with a line that I wanted to use but that eventually didn’t make it into the poem (“Now what the sky is like is like a hospital for the sky.”). Since I am drawn to certain kinds of vocabulary over and over again and I have some deeply ingrained habits about phrasing and syntax, one of the things that I tried to do with the next manuscript was to extend beyond the boundaries of the shorter poems I had been working on up to that point. I wanted to try to make a longer poem or sequence, but it ended up as a relatively dense one page poem broken into paragraphs.